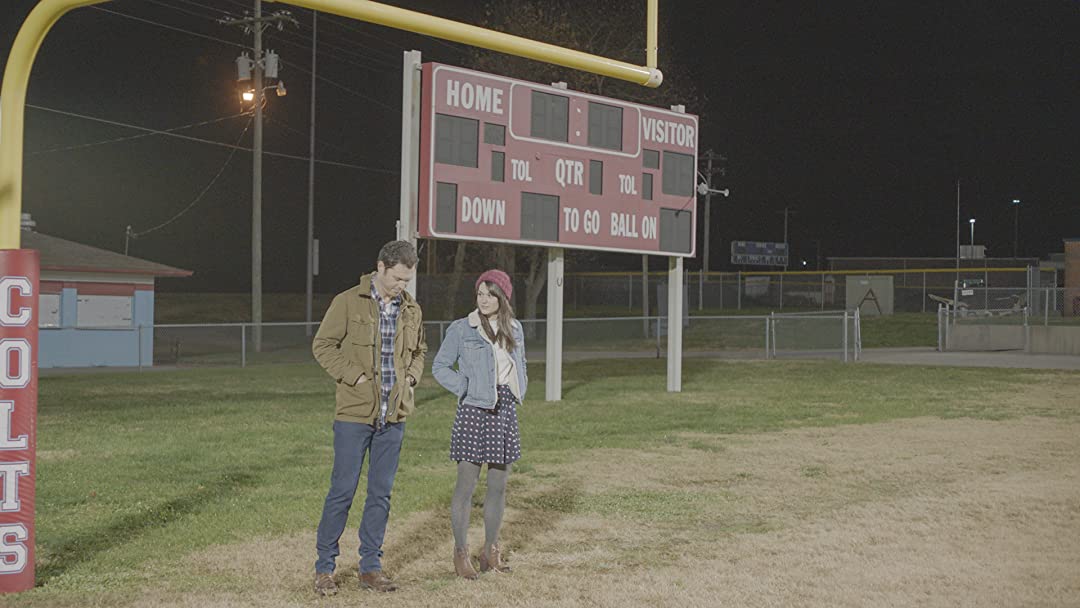 Dr. Rachel is a successful T.V. psychotherapist.  After wrapping the last show before her hiatus, Rachel’s assistant, Samantha, tells Rachel the producers fired Bill.  Rachel doesn’t believe it because she and Bill started the show together.  The boss calls Rachel into his office and confirms the bad news.  Bill is gone.  Deborah will be the new producer and has a lot of ideas.  Deborah wants to attract a younger audience.  So she wants to pair Dr. Rachel with a famous YouTuber named Alden.  Alden is known as the Jerry Springer of YouTube.  Also, Deborah wants to rename the show Disturbed with Dr. Rachel and Alden.  Alden is excited, but Rachel is disappointed.  Rachel’s boss tells her to go home during the hiatus and let the changes grow on her.  Rachel has no other options because her contract locks her in for another five years.  Once in Midway, Rachel sees her dad at his therapy practice.  He wants his daughter to leave her show and work at his practice.  At a local coffee shop, Rachel bumps into Mitchell.  She and Mitchell dated in the past, but Rachel broke it off to work in Hollywood.  Rachel will use her time in Midway to discover her purpose at work and in life.

This movie takes the long way to the point.  It’s well-written that Rachel comes to her professional decision without using Mitchell as a factor.  But it’s easy for the viewer to see how that choice will resolve itself.  You start to lose interest in the story.  A cute kid saves the plot, but the connection has little screen time.  It’s not long before you crave the villains, Deborah and Alden, in the storyline.  The movie may be sweet, but it will not be a favorite.

You are going to be America’s psychologist – Deborah

Everybody hates her – Samantha

I am fangirling so much right now – Alden 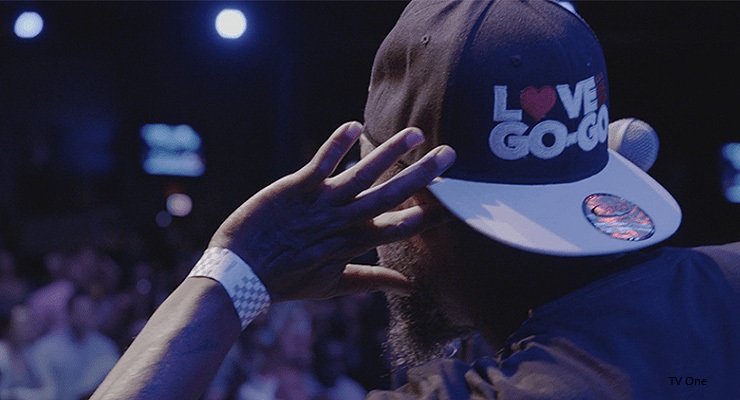 Go-Go music is the official sound of DC.  But that declaration didn’t happen overnight.  First, Chuck Brown noticed the crowd’s reaction to a percussion beat with no break while playing in the Maverick room.  This musical break was the first step into Go-Go music.  With the godfather of Go-Go introducing the classic sound, other groups like EU, Junkyard Band, Rare Essence, and others added Gospel, Funk, and R&B to make the style their own.  While the globe posters and street crews help spread the word of Go-Go shows, the mainstream media couldn’t capture or understand the magic in the live performance.  When Doing the Butt became a household song, Go-Go was under threat and intense scrutiny (FTC Affiliate Disclaimer).  Withstanding government sanctions, the crack epidemic, and a change in sound, Go-Go is facing its greatest adversary: gentrification.

Personal note: This reviewer is from the DMV (DC, Maryland, Virginia) area and holds a special place for Go-Go.  Now, this documentary is for fans and non-fans alike.  It takes a loving and critical view of the music native to DC.  While Go-Go has tried to remain fun and lighthearted, it was forced into the political realm when politics came for the music.  Now, Go-Go has found a voice in the movement for culture and recognition, but never acceptance.

That was our identity – Tone P

It moves you and grooves you – Chuck Brown

Most of the beats I learned, I learned on 2 Congos – Jungle Boogie

This was a world outside of mainstream Washington – Alona Wartofsky

It’s about the live energy – Andre

Find, shop for, and watch TV One movies on iTunes (FTC Affiliate Disclaimer) 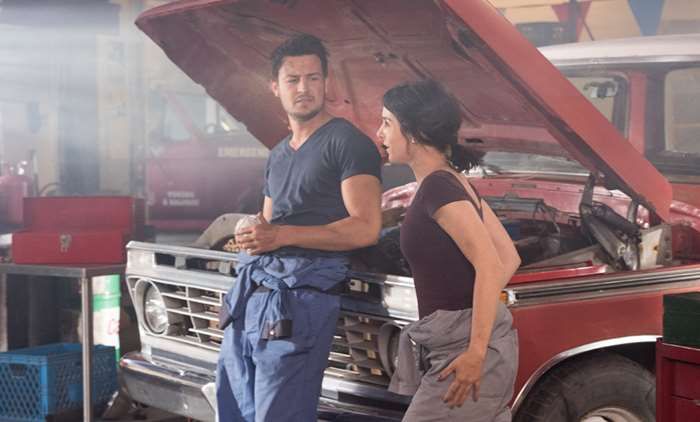 Years ago, young Jake saw a young mechanic named Matti working in her father’s garage and was smitten.  Today, Matti is an engineer working with combustion engines.  She is headed back to her hometown for her sister, Claire’s wedding.  She is excited to go, but her boyfriend, Devin, had to bail at the last minute for work.  He plans on coming later, but work must come first.  Back at home, Claire’s serious side shocks Matti.  Claire is worried about the cost of the wedding.  Even with their father’s help, Claire and her fiance, TJ, can’t afford it. With the wedding only weeks away, Claire still hasn’t booked a band, picked flowers, or a color scheme.  Bewildered by Claire’s struggles, Matti goes to her father’s autobody shop.  Jake is his right-hand man.  When Matti discusses the issues with Jake, he feels inclined to help, because he is the best man.  So they decide to put Matti’s family name to good use and ask people her father has helped in the past with wedding items.  During the deal-making, Jake feels the connection with Matti.  But Matti loves Devin.  It will take a bachelor party, a ruined iPad, and a promotion to help Matti see the truth.

While this movie has a familiar ending, the destination to get there is slightly different.  Matti is very outspoken when it comes to her job.  Before taking a vacation, she threatens to leave and go to the competition if she doesn’t get the promotion she deserves.  But her romantic relationship is another matter.  She doesn’t speak up when Devin ignores her for work.  This contrast between personal and professional will resonate with the viewer.  Both Claire and Matti are struggling with who they were, who they are, and who they want to be.  You are engrossed as each woman figures it out.

Planning a wedding has changed me – Claire

Wow, tell me you’re bringing that to the wedding – Jake

Love Under the Olive Tree – Review

Love Under the Olive Tree – Hallmark – 2 hours and 0 minutes 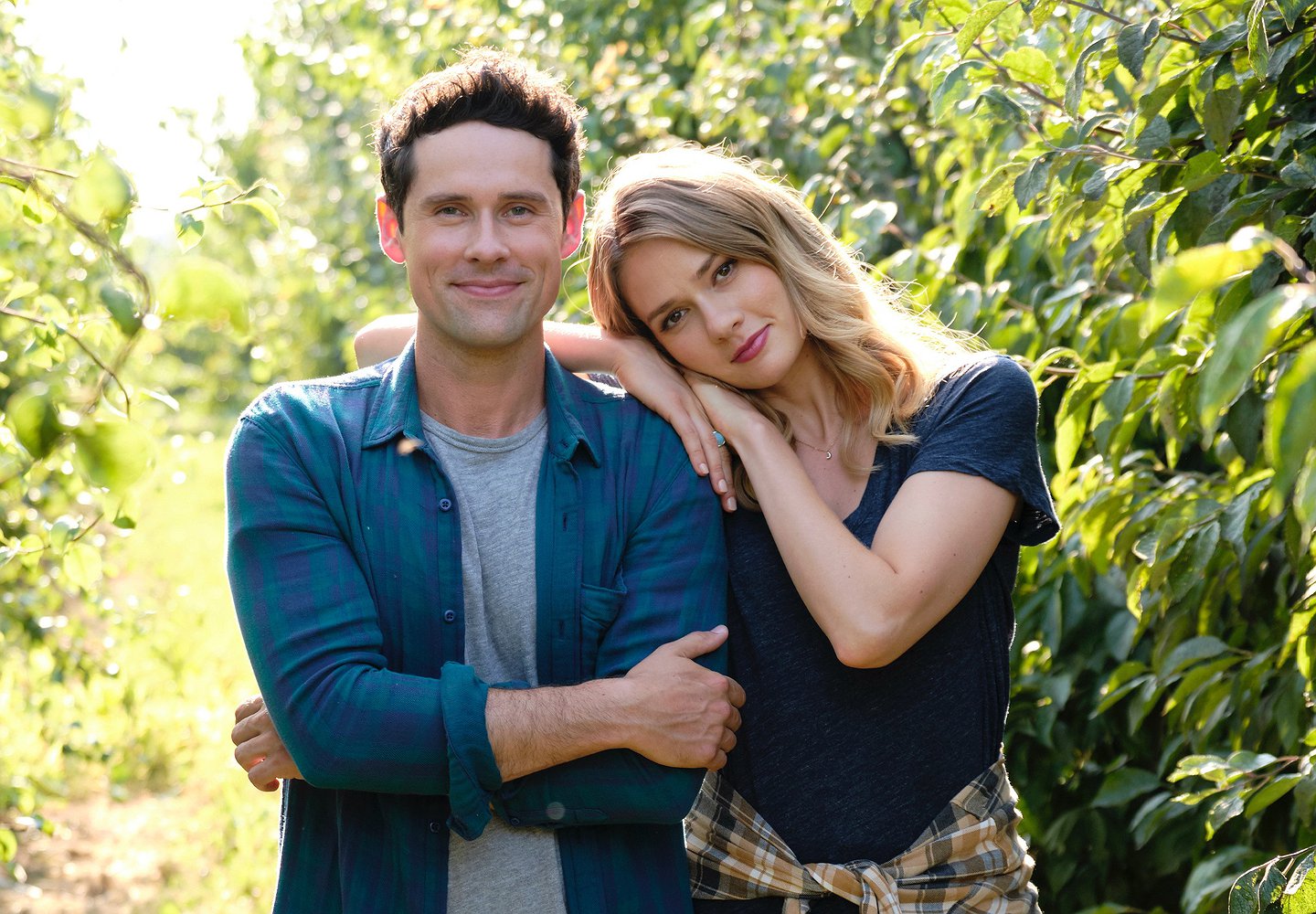 Frank Cabella rightfully hands his olive oil company to his granddaughter Nicole.  Nicole is beyond excited and starts working on her big plans immediately.  She wants to add a new tasting facility.  Nicole has the contractor and permits necessary to start the build.  She plans on using the Fall Festival Olive Oil competition to bring it more customers.  But first, Nicole has to win.  With their new Cabella Olive Oil, she believes they can win.  When Nicole goes to the new site, she sees Jake Brandini looking at some paperwork.  Jake Brandini is the grandson of Raphael Brandini, the owner of a competing olive oil company.  Frank and Raphael were partners but had a falling out, and the feud spreads to each generation.  In the past, Nicole and Jake were secretly friends as children.  Now, they share the family animosity.  Jake left his job in San Francisco after Raphael broke his arm.  Now, Jake must learn the business to help his grandfather and win the competition.  When he sees Nicole’s plan for a new tasting facility, he holds his paperwork in front of her.  The property she wants to build is on his family’s land.  Nicole has a new version of the property lines, but it was never made official.  Nicole cannot afford to build on any other part of the property.  Jake files an injunction to stop construction, so they go to court.  During the trial proceedings, the judge gets a bright idea.  The winner of the Olive Oil Competition should win the land.  Now, the competition is in high gear.  When love follows, can it survive the family feud?

This movie is a Romeo and Juliet story with a splash of olive oil.  Your respect for the olive oil making process will grow while watching this movie.  It’s learning about oil making and the Fall Festival competitions that will keep you tuned in.  They have races, fruit picking, and other contest that will make you laugh.  It’s during these competitive moments that Nicole and Jake’s love for each other grows.  Seeing it progress during the competition makes their love believable.  While the conclusion is anticlimactic, the love story still has promise.

Wow, you sure clean up nice – Jake

Oh, all you had to say was ego and the memories just came flooding back – Nicole