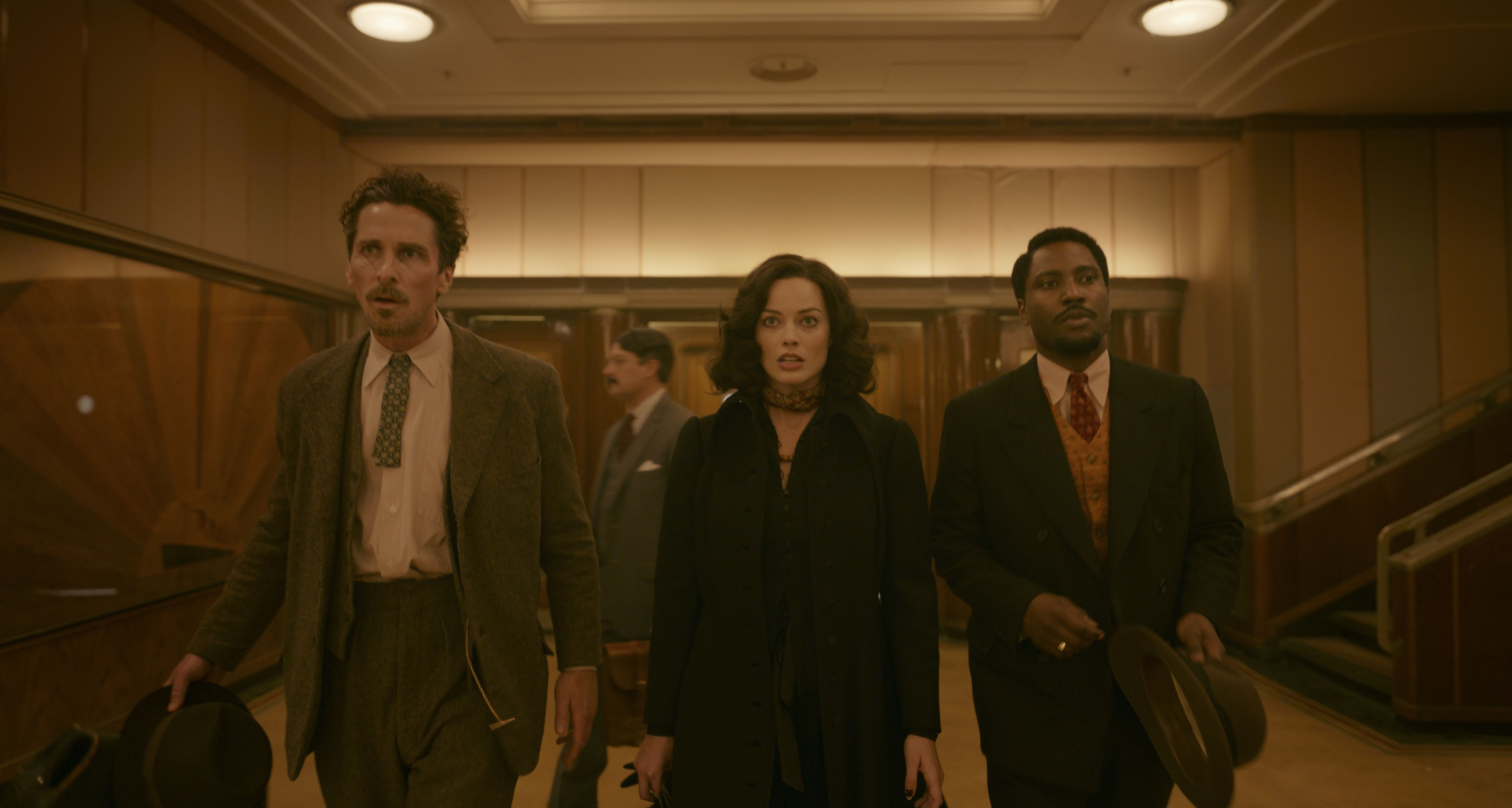 During World War I, Officer Harold Woodsman refuses to work with his squad leader because Harold believes he is a Jim Crow doctor that won’t save him or his fellow soldiers. Their commander puts Dr. Burt Berendsen in charge of the battalion. Dr. Burt came to the war because his wife, Beatrice, and her family sent him to earn their colleagues’ respect. But Burt thinks they want him to die so Beatrice can be a widow. Harold promises that no one will kill Burt if Burt doesn’t let them die. They form a bond on the battlefield. They both get hit by shrapnel during a firefight in France, and Nurse Valerie works on them. The French soldiers discover Valerie is keeping the shrapnel pulled from the bodies and demand she returns them. Valerie says no, and Harold defends her. She admits to Burt and Harold that she uses shrapnel for art because she likes to turn ugly things into something beautiful. Burt lost an eye in the firefight, so Valerie takes him to the best glass eye makers in town, Paul Canterbury and Henry Norcross. Harold and Burt can see that Paul and Henry are spies. They offer to help Paul and Henry in their missions. For a while, the three make a great team in Amsterdam. However, Burt wants to return to New York to be with Beatrice. Valerie and Harold follow, but Valerie leaves Harold with a Dear John letter days after they arrive.

Harold is a lawyer by 1933, and Burt is a veteran’s doctor. Burt takes the cases that no one wants because the soldiers need less than reputable medication. Harold enters Burt’s office and asks him to perform a back alley surgery for their captain, Senator Bill Meekins. However, Harold doesn’t tell Burt what operation he will do. Bill’s daughter, Elizabeth, begs Burt to take the case. Burt agrees, and they wheel in Bill’s body. Elizabeth thinks someone poisoned Bill and wants Burt to perform an autopsy with Harold’s forged paperwork. They have 2 hours before the mortician comes to embalm the body, and they should meet Elizabeth at a restaurant with the results. Burt work with medical examiner Irma, and they find cloudy liquid in Bill’s stomach. Elizabeth was right. When Harold and Burt try to tell her, Elizabeth runs away. Voze told Elizabeth that looking into Bill’s death could get her killed. They try to get more information, but a hitman shoves Elizabeth onto the street, and a car runs her over, killing her. The hitman points to Harold and Burt as the assassin, and they run. Harold and Burt discover the Vozes are one of the most powerful families in New York. They go to the Voze’s home and find Valerie. She is a Voze and is suffering from a nerve disorder. She told Elizabeth to look into Bill’s cause of death and warned Elizabeth about the danger. The three band together to find Bill and Elizabeth’s killer. However, they will find a plan to bring down America.

Excellent movie with amazing actors. However, it is too long. You can cut an hour out of this film and get an understanding of the plot. The three trying to get a meeting with Gil Dillenbeck takes 30 minutes to achieve. Designers expertly select costumes, medical equipment, slang, and scenery for the age period. The three work great together because they are minorities quietly fighting against injustice and for veterans. Even when Harold loses Valerie, he never loses sight of his goal and obtains a law degree. Viewers will leave this movie connecting the evildoer’s goal and politics today. It’s all about power and control, no matter who is at the top.

Are you intimidated? – Valerie

Hector sneaks into the Show Me What You Got auditions and tries to wow the judges but fails. They tell him to find a new act or don’t come back. Hector goes to the pet store and asks for an exotic and cute but cheap pet. The shopkeep makes offers, but nothing is correct for Hector. Then, Hector hears something singing in the back. Hector finds a singing crocodile, buys him, and takes it home. Hector names the crocodile Lyle and practices with Lyle day and night. Then, Hector begs for a stage. Hector owes the producer, so Hector puts up his house as collateral. Lyle knows every word and step. But when he gets on stage for the first time, Lyle freezes. Hector leaves Lyle in his attic and finds a new show on the road.

Eighteen months later, Josh moves into Hector’s home with his parents, Mr. and Mrs. Primm. Josh worries about every bump and bang he hears. However, he hears singing coming from the vent. Josh walks into the attic and sees Lyle dancing and singing. Josh screams, and Lyle jumps out of the window and into the street. Josh chases Lyle onto the New York streets, but Lyle doesn’t stop until someone tries to steal from Josh. Lyle roars and scares the would-be robber away. Before Lyle can run again, Josh asks Lyle to help him find his home. The pair form a lasting bond while eating and singing. Mrs. and Mr. Primm discover Lyle, and Lyle instantly persuades them with his talent and caring nature.

Then, the Primms get a knock at the door. It’s Hector. When he gave his home as collateral, he added a clause. He can live in the house 15 days out of the year. He has returned to create a new show. He sees Lyle has newfound confidence after singing in front of the Primms. So, Hector starts booking shows. But when animal control finds out about Lyle, can Lyle save himself, or will his talent go to waste?

Based on the book series by Bernard Weber, this movie is a cute, wholesome film for the family (FTC Affiliate Disclaimer). You will dance in your seat and laugh at a crocodile out of the water. However, the songs are forgettable outside the context of the movie. The script provides simple laughs without sexual innuendos. The graphic designers made Lyle look authentic but not scary. Their design choices are visible when they add Lyle to the scene with real crocodiles. Younger viewers will learn about being brave and friendship.

I know a shortcut – Josh

I’m on top of the world tonight – Lyle