Diana works at the Smithsonian National Museum of Natural History as a senior anthropologist. She sees a woman picking up papers scattered all over the floor and bends down to help her.  The woman introduces herself as Barbara Minerva, a geologist and gemologist that likes cryptography. Barbara tries to make plans for lunch with Diana, but Diana politely says no.  As Diana walks away, Carol walks in looking for Barbara.  While investigating a jewelry store robbery, police uncovered the store was a front for selling black market antiquities.  The FBI will bring the items to the museum for Barbara to analyze.  As Barbara looks over the items, Diana comes to check things out.  They notice a unique looking stone, but it has a marking Barbara can’t understand.  Diana recognizes the language and tells Barbara it says hold it and make a wish.  Diana holds it and makes a wish, and then she invites Barbara to an early dinner.   Over the years, Barbara admits to feeling overlooked, unappreciated, and boring.  Barbara believes that if she looked like Diana, her life would be less complicated.  Diana tells Barbara her life hasn’t been easy.  She lost the only man she loved, and he was a pilot.  The women leave with a newfound respect for each other, but a man accosts Barbara on her way home.  As he grabs her, Diana comes out of nowhere and stops the attack.  Barbara thanks Diana and heads back to work.  She holds the stone on her desk and wishes to be more like Diana.  The next day, Carol brings their latest platinum donor, Max Lord, on a private tour.  He notices the stone in Barbara’s office and wants to know more about it, but Barbara stops him.  He invites Barbara and Diana to a party in his honor for his donation.  Barbara says yes, but Diana says no.  Later, Diana walks into the gemology area and can’t find the stone, but she discovers Max’s business card in the stone’s container.  Diana goes to the party looking for Max.  Max finds Barbara and goes to her office to make out.  In the middle of the session, he asks to borrow the stone for a few days, and she says yes.  As Diane searches for Max, a man calls out to her and says, ‘I wish we had more time.’  She turns in blistering anger and tells him not to say that.  It slowly sinks in that her wish came true, and Steve’s ghost is in another man’s body.  She forgets about Max and focuses on Steve.  This focus is a mistake.  Max runs Black Gold Corporation and advertises it on TV, and while it may look successful, it’s a ponzi scheme.  Now, his biggest investor is on to his con and wants his investment back, or he will go to the FTC.  His luck will change with the stone.  But he doesn’t wish for his company to succeed, but he makes a wish to become the stone.  After Barbara does research, she reports to Diana about the stones past.  Diana goes to Max’s office and finds dust.  She sees a metal ring that once held the stone and sees an engraving on the inside.  The stone came from the God of Lies.  The stone will grant wishes, but it will take something you love in return.  And now that power is within Max.  He is granting wishes for his gain.  Diana must find and destroy him before Max destroys the world.

Sequel to Wonder Woman, this movie has all the hair, shoulder pads, and greed of the 1980s (FTC Affiliate Disclaimer).  Before you read this review, it won’t be comparing this movie with Marvel movies because it isn’t one.  Only judge this movie in the DC universe.  Many who have seen this movie complain it doesn’t have a villain.  But they fail to realize, in the 1980s, greed was at an all-time high.  A generation raised off of ‘greed is good’ or ‘life is great, but it can be better’ was the ultimate villain in this movie.  Max Lord’s success comes from everyone wanting more and making a wish.  And as the world falls apart around them, humans still make selfish wishes.   In the first movie, Diana learned humans control their fate.  In this movie, Diana sees we are doing better, but humans have a ways to go.   Diana’s encounter with Max allows her to remember a lesson her Aunt Antiope taught her: shortcuts are cheating.  Some may not take the time to unwrap the message behind this movie, but the action holds.  They fight all around the world, and even in the White House.  The fight scenes are well choreographed and framed perfectly for each shot.  And let’s mentions Steve’s visit to the Smithsonian Air & Space Museum.  The look on his face is priceless.  It introduces new characters while allowing us to revisit old ones.  It does help to see the first movie to catch the little tidbits from the first.  With all the strong points, the film runs too long.  The romance between Steve and Diana takes up too much time.  Steve’s presence is there to teach Diana to sacrifice and to fly a plane for her.  Otherwise, he has no purpose.   Some of the CGI turns the movie into a cartoon and takes away from the viewing experience.  This movie is watchable for those willing to enjoy a DC movie, not a DC movie compared to Marvel.  And stay after the first end-credits for a blast-from-the-past cameo.

Greatness is not what you think, Diana – Antiope

I think the technical term for this is lame – Barbara

I am not a con man.  I am a television personality and a businessman with a great plan – Max Lord

I’m gonna stick to the one I don’t have.  Thank you – Diana

I can save today, but you can save the world – Steve

It’s from my culture – Asteria 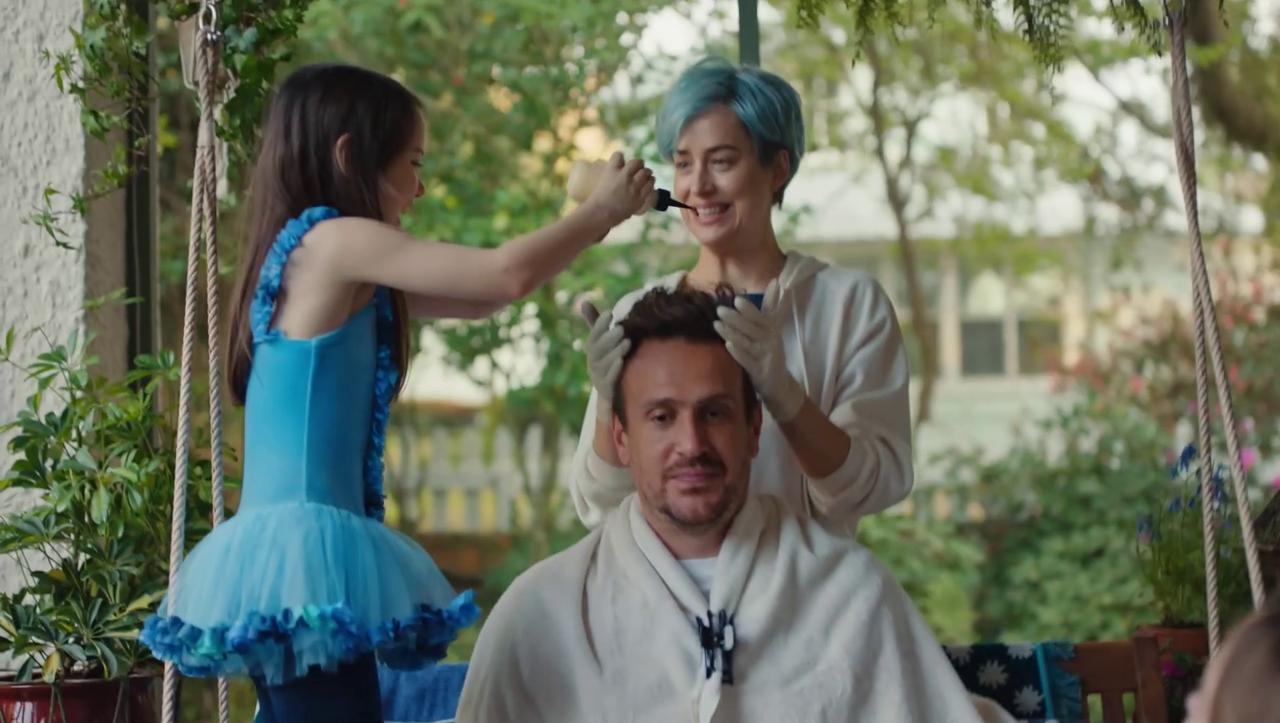 Journalist Matt Teague sits at his computer and starts to write about his wife, Nicole, who lost her battle to cancer.  The widower and father of two, Molly and Evie, writes about the time he came to Nicole’s first play.  Nicole warns Matt that Dane, a stagehand who asked her out, will be at the cast party.  Matt agrees to go and be kind to Dane because Dane is respectful.  Then, Matt writes about Nicole’s diagnosis, and Dane dropping his entire life to help them.  As her friends fell away, Dane was a constant presence.  Soon, Dane went from Nicole’s friend to their friend.  Dane is there during a dog’s illness, an affair, and the holidays, much to the detriment of his romantic relationship and career choices.  As their world comes to a foreseeable end, can Matt and Dane keep it together for the girls and Nicole’s memory?

Based on The Friend by Matthew Teague, this movie starts as a story for a woman and becomes a thank you letter to a dear friend (FTC Affiliate Disclaimer).  The movie opens with Matt and Nicole deciding to tell Molly and Evie that Nicole is dying in a few months.  Dane can hear the girls’ heartbreak from the front porch.  From that moment, the story isn’t told in a linear fashion, so you must pay attention to the time and dates.  Since the story flips back and forth, it will hint at something without the full context.  The plot reveals the full context few acts later.  So, you must give this movie your attention.  It does run long but it gives a strong ending for your time.

I really don’t like it when you do that – Nicole

Is she still mad at me – Matt