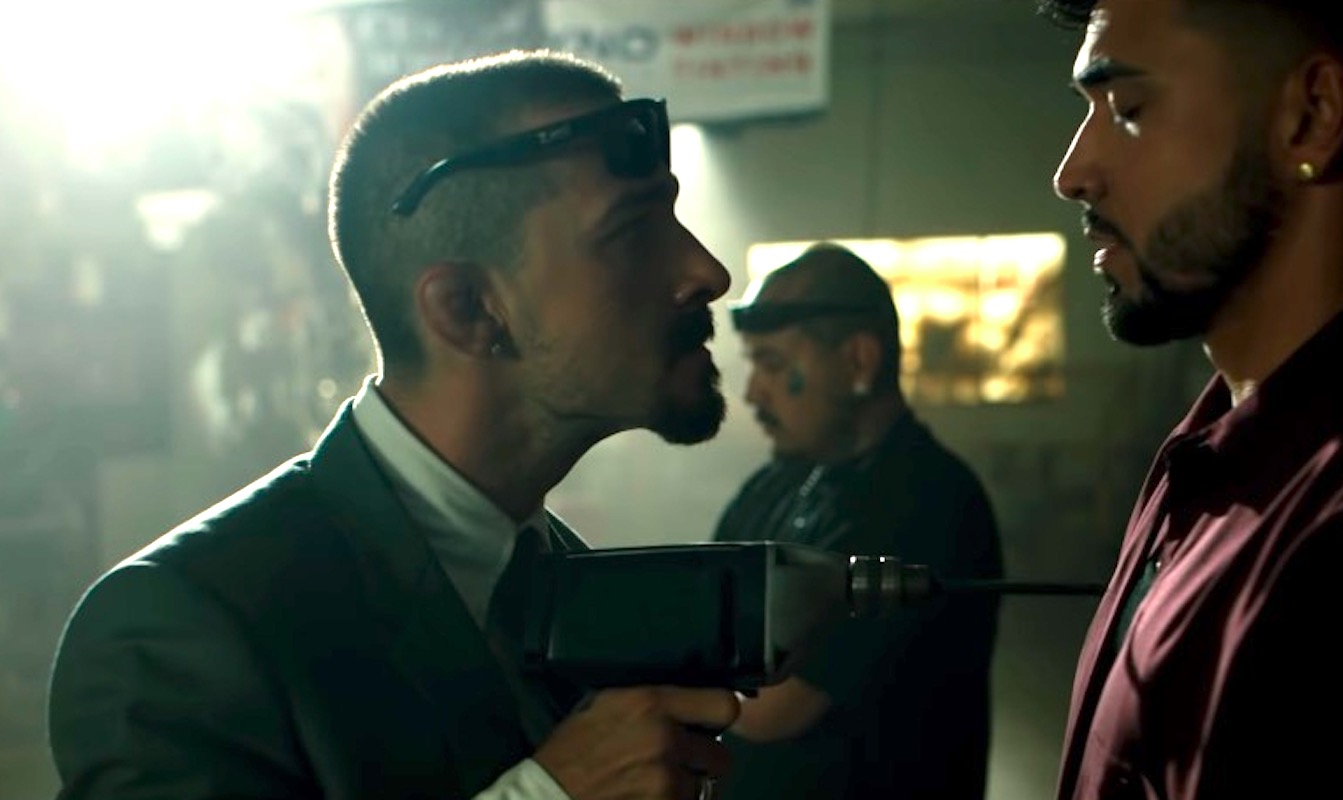 David and Creeper are tax collectors for Wizard.  For a cut of illegal activity’s profits, they offer protection to the underworld of Los Angeles.  David, with the help of family, makes sure the count is right.  Creeper makes sure people pay if they come up short.  After a long day of collecting, David goes home to his wife, Alexis, and their children.  Alexis tells David the count is off by $20,000.  From jail, Wizard calls Alexis and informs Alexis the count is small.  Next, Wizard warns Alexis something big is coming.  When David tries to talk to Wizard, Wizard laughs and hangs up.  She tells David about Wizard’s knowledge of the shortage and his prediction.  David freaks out because Wizard knows everything.  However, David focuses back on the money when he gets a message that Venom has a $200,000 tax payment.  When David and Creeper show up to collect, Venom surprises them by taking the money back and giving it to another man.  It’s Conejo.  Conejo tells David and Creeper that Wizard’s reign is over.  They can continue to collect taxes, but it has to be for him, so David and Creeper leave.  David visits his Uncle Louis for guidance.  Louis tells David that Conejo is a street terrorist.  David should give him 24 hours to discuss what to do about the situation.  Later at David’s daughter’s quinceanera, Louis tells David and Creeper to relax.  Louis and his men will take care of Conejo.  As the party winds down, Conejo’s right-hand woman approached them at the party.  Conejo wants to meet them now.  If they don’t, she will rain death on his family.  Conejo is furious that Louis tried to kill him.  He sees it as a sign of disrespect and rejection.  Since David and Creeper rejected his offer of power under him, he will destroy Creeper, David, and everyone they love.  David’s family is first on the list.

While this movie will develop a cult following, it doesn’t have the depth of other gangster-family movies.  It tries to be Belly but lacks sincerity.  The Tax Collector attempts to have the violence of John Wick but lacks the style (FTC Affiliate Disclaimer).  It picks and chooses when to translate Spanish to English and doesn’t give enough back story for other characters.  While it could have a part two, it should go straight to DVD.

That’s the female you.  Ya’ll should get married and have some babies – David

You gonna mind somebody – Louis

I’m the only help you got – Conejo 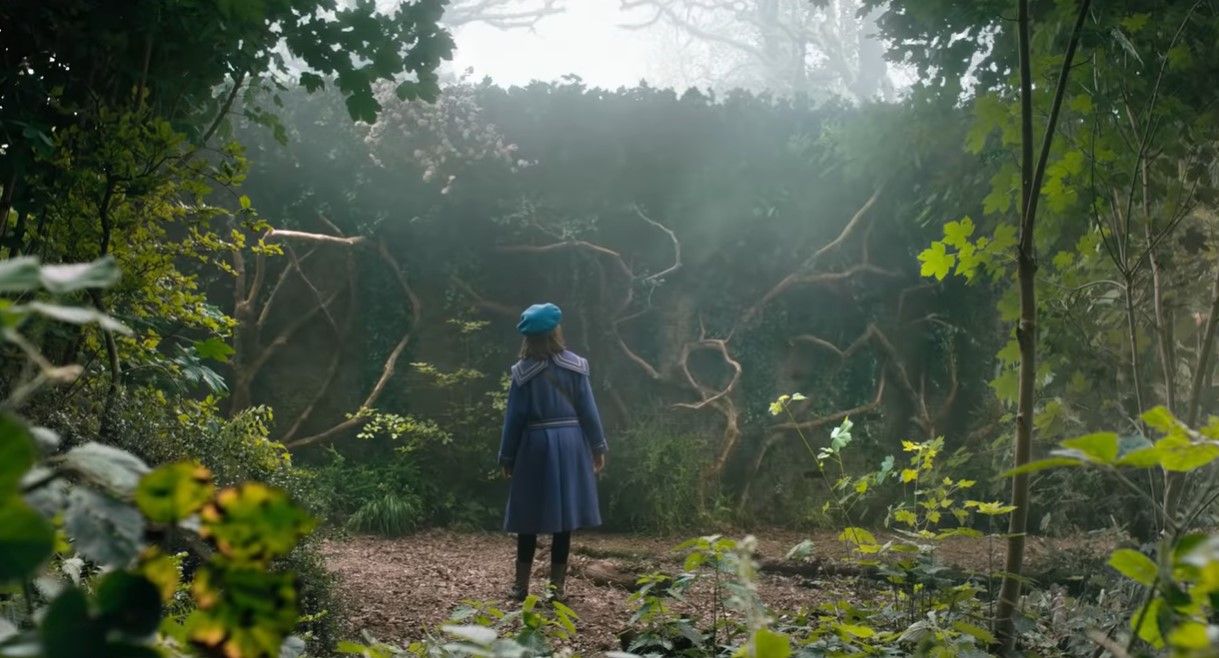 After both of her parents die, Mary is pulled from an orphanage to live with her eccentric Uncle Archibald.  Her aunt died a few years ago, so Archibald is surrounded by staff on a large estate.  The house manager, Mrs. Medlock, runs a tight ship, and she will not let Mary disrupt it.  Mrs. Medlock assigns Martha to be Mary’s assistant.  Mary’s inability to dress or feed herself astounds Martha.  However, the little girl consistently and loudly makes demands.  At night, Mary hears screams and cries but isn’t allowed to explore the home.  Mary questions Mrs. Medlock about the noises, but Mrs. Medlock doesn’t answer them.  Mrs. Medlock lets Mary explore the grounds if she is home by 5:25 pm every day.  On her first day out, a dog discovers Mary and growls at her.  She follows him to a large wall but heads home.  Back at the house, Mary hears the cries and screams again.  With faux bravery, she follows the sound. In a room, she finds a bedridden boy named Colin.  They discover they are cousins, and their moms were sisters.  Until now, they never knew the other existed.  Colin suffers from an illness that leaves him unable to walk, allergic to everything, and humpback.  Soon, Mrs. Medlock and Martha see them talking, and Mary is in hot water with Archibald.  He warns Mary to stay away from Colin, or Archibald will send her to boarding school.  The next day, she sees the same dog, but stuck in a bear trap.  Mary frees him, but he runs away and goes behind the wall.  Mary climbs over and finds a magnificent garden with animals and plants.  Colin knew about the garden because his father, Archibald, told him it makes people sick.  So Archibald walled it off.  Later, Mary discovers hidden letters from her mother and aunt.  They describe the garden as a healing garden.  Mary knows what she has to do.  Mary has to get Colin and take him to the garden to heal him, even if she loses her home for revealing the truth.

Based on The Secret Garden by Frances Hodgson Burnett, this movie proves why books should not become movies (FTC Affiliate Disclaimer).  The long slow journey through the woods doesn’t seem long in a book because the reader discovers it with every word.  However, this moment feels like a boring eternity when played out in a movie.  The actors, director, wardrobe, and make-up did a great job.  A movie watcher will not get the same feeling as a reader does.  After so many movie adaptations, this book should be left alone.

You don’t understand.  I need better food than this.  My parents are dead – Mary

Dress you? Don’t you know how? – Martha

I don’t want a friend – Colin

This place has nothing to teach you – Archibald

The Secret: Dare to Dream – Review 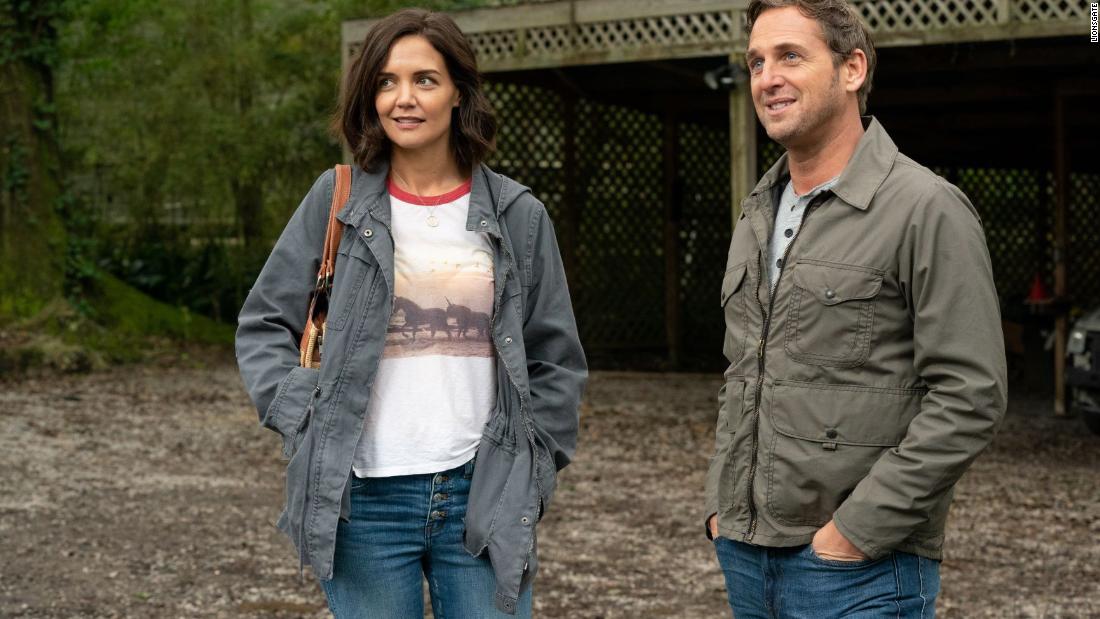 Miranda’s family is on the financial brink.  While she is good at her job, home repairs, household bills, and dental issues have her drowning in debt.  She is a widowed mother of three and works for her boyfriend, Tucker.  During an argument with her daughter, Missy, Miranda rear ends Bray.  Bray’s laid back demeanor is a welcome changed.  Bray shocks Miranda when he offers to fix her car for free.  He puts the bumper back in her car and follows them home.  As Bray sits with Miranda and her kids, he talks about the importance of positive thinking.  Miranda’s son, Greg, positively thinks about a pizza.  Low and behold, they get a knock at the door.  It’s a pizza from Tucker.  Bray heads home because a storm is coming.  Before Bray drives away, he leaves a manilla envelope in Miranda’s mailbox.  The next morning, the condition of Miranda’s home stuns Bray.  A tree went through the roof, making the kitchen unlivable.  Bray offers to take another week off of work to fix the roof, and he will charge her only $500.  However, the roof isn’t his only concern.  He notices the mailbox, along with the envelope inside, is missing.  That one envelope contains a secret that will change all their lives.

Based on The Secret by Rhonda Byrne, The Secret is a Hallmark Movie & Mysteries movie with A-list actors (FTC Affiliate Disclaimer).  It’s an inspiring movie about attitude and how it attracts positive or negative energy to you.  Like any HMM movie, there is a misunderstanding, feeling of foolishness, and then love.  In the beginning, you won’t be able to figure out the secret.  When Bray slowly reveals his past, you can figure out what he is hiding.  The movie comes to the classically-known Hallmark ending, but you won’t care about it after the movie ends.

Oh my god, you’re on a first-name basis with the bank – Missy

You go out looking for her and she runs into you.  Pretty weird isn’t it – Greg

Why does this always happen to us – Bess

Have you met people lately – Bobby