Flight attendant Grace Tanner doesn’t believe she will fall in love.  She and a pilot are having a fling, but Grace knows its all fun. Grace meets with her best friend, Sherry.  She tells Sherry she wants more for her life.  She is 38 and wants real love with a real connection.  Since her love life is on the rocks, Grace finds a new way to better her life.  She meets with a nutritionist named Dr. Paul.  He takes her blood and says he will call her with a custom plan for her.  Later that night, Dr. Paul calls, not with a nutrition plan, but with a game plan for her heart.  Within a few dates, Grace is head over heels for Dr. Paul. Their relationship is going great, so she starts to believe in love again.  At a party, Dr. Paul sees a man touch Grace’s arm.  He pulls her aside and starts chastising her, questioning her fidelity, and roughing her up.  He gathers himself and apologizes for his actions.  To ease his mind, she promises her commitment and loyalty to him.  Even with that promise, he is quick to anger, tracks her movements, and alienates her from her friends.  She changes course to ease his mind again.  She reduces her flight schedule and works with him on his new business venture of selling nutrition shakes.  With business booming, they move into a house together.  As she unpacks his boxes, she finds legal paperwork.  She finds sexual harassment, peeping, and stalking charges filed from ex-girlfriends and patients.  He tries to brush them off as the past, but the dates are recent.  After a push, Paul slaps her. When Grace talks to Sherry, Sherry calls it abuse.  Grace calls it a disagreement.  Before Grace calls it abuse, she will be on the wrong side of a gun, in hiding, and writing a letter of regret and warning.

Inspired by Ann Rule’s Mortal Danger and Other True Crime Cases, this movie shows how the stigma of abuse will force its victims to keep quiet and make excuses for their abuser (FTC Affiliate Disclaimer).  Grace doesn’t want to call Paul’s actions abuse because she doesn’t consider herself a victim.  When she looks at the Power and Control Wheel, she doesn’t believe any of that applies to her. But looking from the outside in, it all applies to her relationship.  She doesn’t want to accept it’s true. When she sees the truth, Paul is pure evil. This movie is one to watch and discuss with those you love.

I just don’t matter to anyone – Grace

What can you teach me – Paul

I didn’t realize I was so unhealthy for her – Sherry

Sarah Woodley is in a social media war with Marissa over Sarah’s ex-boyfriend, Jason.  After arguing on-line becomes a fight in the real world, Principal Higgins calls Sarah to her office.  Soon Sarah’s mother and teacher, Ms. Woodley is scolding Sarah about her behavior.  The discussion continues at home.  Ms. Woodley suspects Sarah is acting out because her father left and started a new family.  She hopes to get Sarah back on track.  So, Ms. Woodley has hired a college counselor to guide Sarah through college admissions.  Ms. Woodley has left out one detail: she’s dating the counselor, Craig Edgars.  When Sarah hears the truth, she isn’t overjoyed, but she wants her mom to be happy.  The relationship is easygoing until Sarah finds a college essay that Craig wrote for her.  He wrote about how her stepfather, himself, has been the most influential person in her life.  She is red with anger.  Now, Sarah doesn’t trust him as her mother’s boyfriend or her college counselor.  Sarah has no idea how right she is.  Craig is obsessed with having a family and will kill to get it.

Craig’s paternal clock is ticking, but its ticking with crazy.  He will do anything to create the perfect family, even kill one of the members.  It’s hard to see Ms. Woodley make so many excuses for his bad behavior.  But fear not Lifetimers, Sarah’s bravery offsets her mother’s misplaced trust.  She doesn’t allow Craig to explain things away or use distractions.  She does her research and digs into Craig’s dark past.  The truth is a bad dad mixed with a college admission scandal all rolled into one Lifetime movie.  Part two is possible.

As far as I’m concerned, you both can go now – Principal Higgins

Everyone needs a family, right? Even if they don’t know it – Mr. Edgars

College admission is corrupt as politics or business – Ms. Woodley

Did you remember to bring protection – Sarah

For six years, 13-year-old Nory waited for this day.  She is going to Sage Academy to practice magic with her best friend, Reina.  Nory can shapeshift into any combination of animals.  Reina can shoot fire from her hands.  They are excited and nervous to be at their new school.  As they wait for the bus, Mr. Skriff appears from the woods.  He tells the kids to follow him and not to use magic in the woods.  Mr. Skriff leads them through a portal, and they enter the well-manicured lawn of Sage Academy.  It’s not long before Reina and Nory find kids with powers like theirs.  The headmaster, Ms. Knightslinger, introduces herself and the Sage Way of magic.  At the academy, they have five schools of study:

Each student must take a placement test.  The test will determine their school selection and their level.  After the placement test, Professor Argon chooses Reina for Honors Flares.  Nory’s report says UDM.  Knightslinger tells Nory to go pass the uniforms and follow the UDM sign into the woods.  Underground, three students and a professor wait for Nory.  Knightslinger explains the students failed their placement test because their magic is upside-down.  Instead of shooting fire out of his hands, Elliot shoots smoke.  Andres can fly up but can’t come down. He wears a bag of rocks to keep him grounded.  Pepper can only flick objects away from her.  Nory transformed into a cat mixed with a bat and a little llama.  In the past, a UDM, named Reginald Roberts, was consumed by shadow magic and tried to take over the school.  Sage Academy will not allow the UDMs to practice magic.  They must stay underground with Professor Skriff until their magic dies.  Nory tries to help the school and headmaster see they need help, not punishment, to be right-side-up but they won’t budge.  While they are trying to hinder the UDMs, Shadow magic found its next victim and plans to destroy the school once and for all.

Based on the Upside-Down Magic Book Series, this movie isn’t about changing yourself to conform to others’ standards (FTC Affiliate Disclaimer).  The UDMs (Upside-Down Magic) embrace their differences as a strength.  Not a weakness for evil.  This movie gives a great lesson for kids today.  Being different isn’t wrong.  Doing different isn’t wrong.  It’s forcing others to change their differences that become detrimental, not only to them but to the world too.  Let’s celebrate the Upside-Down in all of us.  And you know Disney will follow it up.

Wow, that is really too easy – Mr. Skriff

Are we done – Ms. Knightslinger

Do not draw me – Pepper 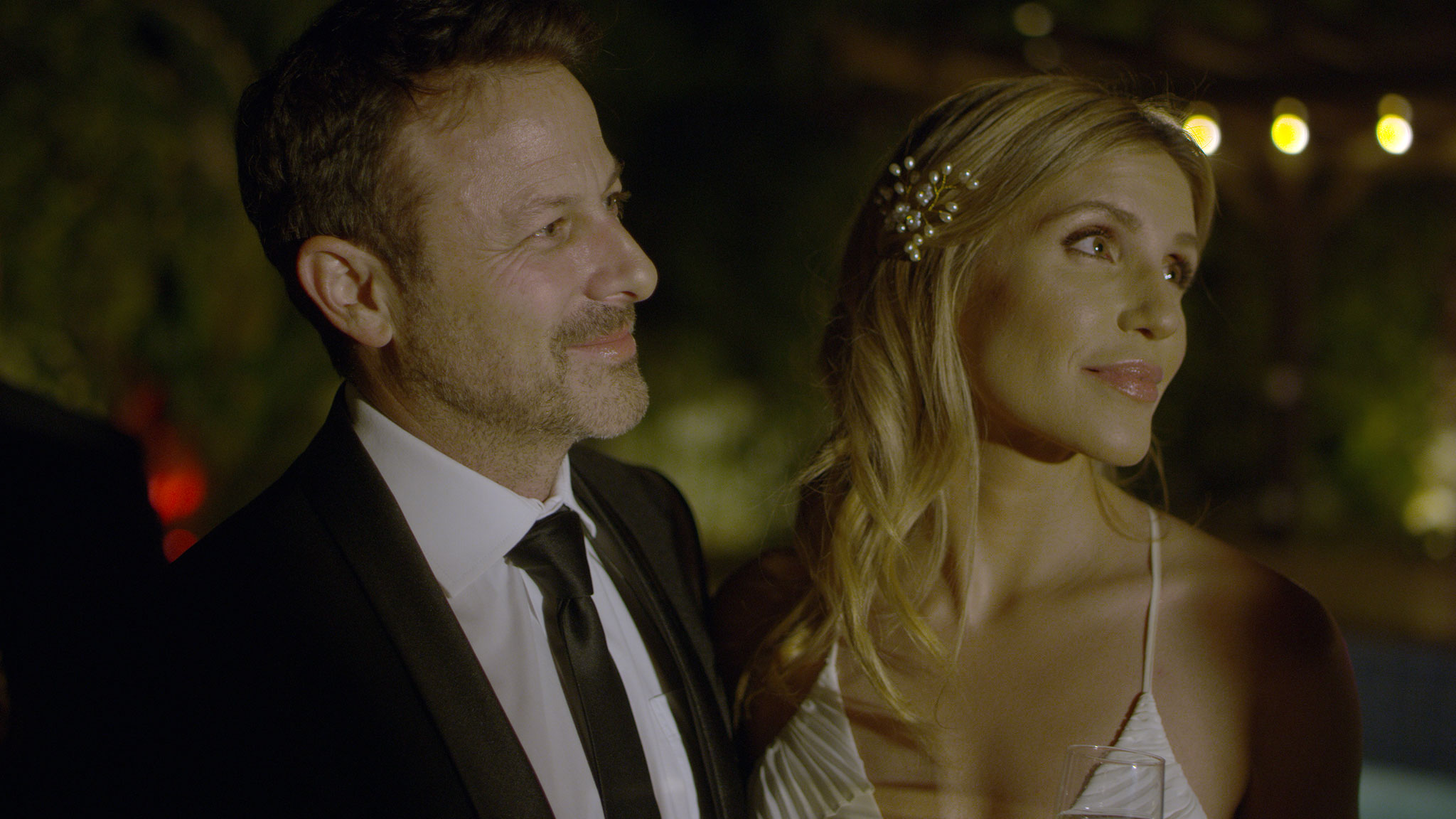 Alison and her best friend, Brenna, have put their peanut butter on store shelves.  Brenna wants Alison to put herself out there after her divorce from George.  So she creates a dating profile for Alison on a phone app.  George pops up at Alison’s home uninvited because he bought the house.  When he sees the dating profile on Alison’s phone, he laughs at her.  He doesn’t think she will through with it.  To show him up, Alison publishes the profile.  When George leaves, Alison begs Brenna to delete it because Brenna set up the app profile with her email address and password.  Brenna promises to remove the profile after she gets back from vacation.  A few days later, Alison wants to delete the profile, but Alison sees a lot of great guys liked her picture.  When she remembers one of them, Brenna swipes right and the two match.  His name is Vincent.  Vincent is fun and loves kids.  This fact relieves Alison because she has a teenage daughter named Nicky.  They go on a date and have a great time.  Alison likes Vincent a lot, but her love grows as he comes to her aid.  First, her business is failing because current manufacturers have oversaturated the market.  He gives her $50,000 to make more products for a bigger store.  Second, George is jealous Alison is dating, so he takes back the house.  Vincent buys a house and moves her in with her daughter.  So when he asks for her hand in marriage, Alison says yes.  Alison doesn’t know that Vincent is too perfect.  Someone is setting up Alison, and it could cost her her life.

Be prepared to be frustrated.  Alison misses all the clues and falls in love too quickly.  Her friends, family, daughter’s boyfriend, and associates try to warn her that something is off.  But she continues to defend Vincent.  It’s just so sad to watch.  So, root for Vincent in this movie.  He stays a step ahead, talks to a dead body, and refuses to let anyone outsmart him.  This movie does leave a possibility for a part 2.  But do you want one?

I forgot how charming she can be – George

What is a guy like this trolling for dates online – Alison

And you, you’re a risk worth taking – Vincent

Bonus, we don’t have to pay our biggest investor – Brenna