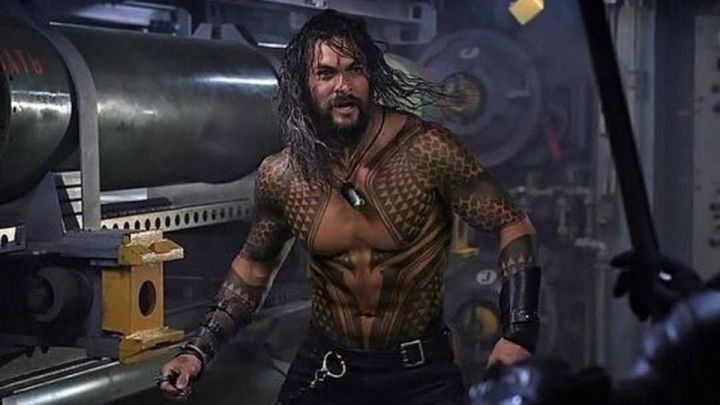 Over thirty years ago, a lighthouse keeper saw a woman washed up on shore.  He carried her inside the house and tried to help her.  She woke up, attacked, and then passed out.  The next day, she woke up and saw the damage she had done and her wounds had been bandaged.  Then, she surprised the light keeper by eating in goldfish.  They introduced themselves as Tom and Atlanna.  Atlanna explained that she was the princess of Atlantis and escaped an arranged marriage.  The two fell in love and had a baby named Arthur.  Atlanna told Arthur stories of her homeworld, a great king, and a mystical trident.  The man she was being forced to marry came for her and forced her to come back.  She married him and had a child Orm.  However, the king could not get over the jealousy of her love of Thomas.  So he sacrificed her to the deep where she was killed.  Before she died, she asked Nuidis Vulko to train Arthur in the ways of the Atlantis warrior.  When Arthur hears about what happened to his mother, he turns his back on Atlantis.  Now he protects the people on the sea from pirates and other attacks.  He is known as the meta-human Aquaman.  After Arthur leaves his enemy to die and his half-brother wants to become the Ocean Master, Mera (the betrothed of Orm) comes to the surface to ask Arthur to claim his birthright as the King of Atlantis.

This movie is what happens when a strong cast and phenomenal graphics meet bad writing.   This movie had too much to accomplish in 2.5 hours.  Meanwhile, it attempted to set up Aquaman 2.  The artwork and graphics did align itself to the original comics with seahorse and sharks being used for transportation.  As well as the color aspects.  Seeing Aquaman in his signature, iconic yellow and green is a treat for all DC Comic fans.  However, the story is just too drawn out.  The actors do bring humor to the script but the chemistry between Aquaman and Mera feels a bit off.  If you are a DC fan, see it matinee and IMAX.  Only stay after the 1st set of end credits but not to the very end.

I want him – Black Manta 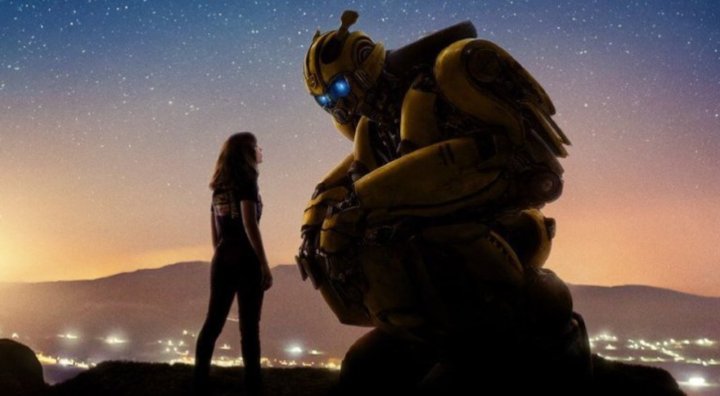 Cybertron is falling in the war between the Autobots Rebellion and the Decepticons.  Optimus Prime sends his best soldier B-127 to a planet called Earth to set up a base.  Once the base is set up, the Autobots will follow.  B-127 falls into the Earth’s atmosphere like a missile during a military training exercise.  When Jack Burns, a Sector 7 Agent, is informed that the missile strike wasn’t a part of the exercise, he goes after B-127.  During a battle, B-127 communicates with Jack that he is not the enemy but the enemy is near.  Soon, Decepticons fall from the sky and attack B-127.  B-127 vocal box is ripped out and his memory starts to crash.  Before his system shuts down, he scans a VW Beetle and transforms into it.  In a junkyard, Charlie is tired of her home life.  Her mother has gotten remarried and her brother has no worries.  She feels alone in mourning the loss of her dad.  She hides in the garage fixing the car they were working on together before he died.  While looking in a junkyard for scraps, she spots a VW Beetle.  The man she considers an uncle gives it to her for her birthday but she has to get it running.  After a few attempts, she is able to drive it home.  Proud of her accomplishment, Charlie heads to bed but a part falls off the car.  She goes under the car to check and finds a face.  Quickly the car changes to B-127.  When the shock wears off, Charlie thinks B-127 damaged voice box sounds like a bee.  So she names him Bumblebee.  They spark a friendship that will be tested by Charlie’s family, Sector 7, and the Decepticons.

This movie is the closest to the original cartoon than any previous Transformer movies (FTC Affiliate Disclaimer). It actually allows Bumblebee to be the star. It’s amazing to see so much heart and interaction is displayed between Bumblebee and Charlie. First Bumblebee is childlike. He is confused when his mask covers his face or at simple intricacies of hiding. But as things change, he is trying to discover the life around him through music and TV. This discovery gives an ode to The Breakfast Club and The Smiths (FTC Affiliate Disclaimer). When the Decepticons start working on their master plan, it alludes that they created the internet. Safe for adults and kids alike, see this movie matinee and no need to stay past the end credits.

Their name is literally Decepticon. Does that not raise a red flag – Jack Burns

Twice the work with only half the pay – Charlie

You know what would make you feel better? Revenge – Memo