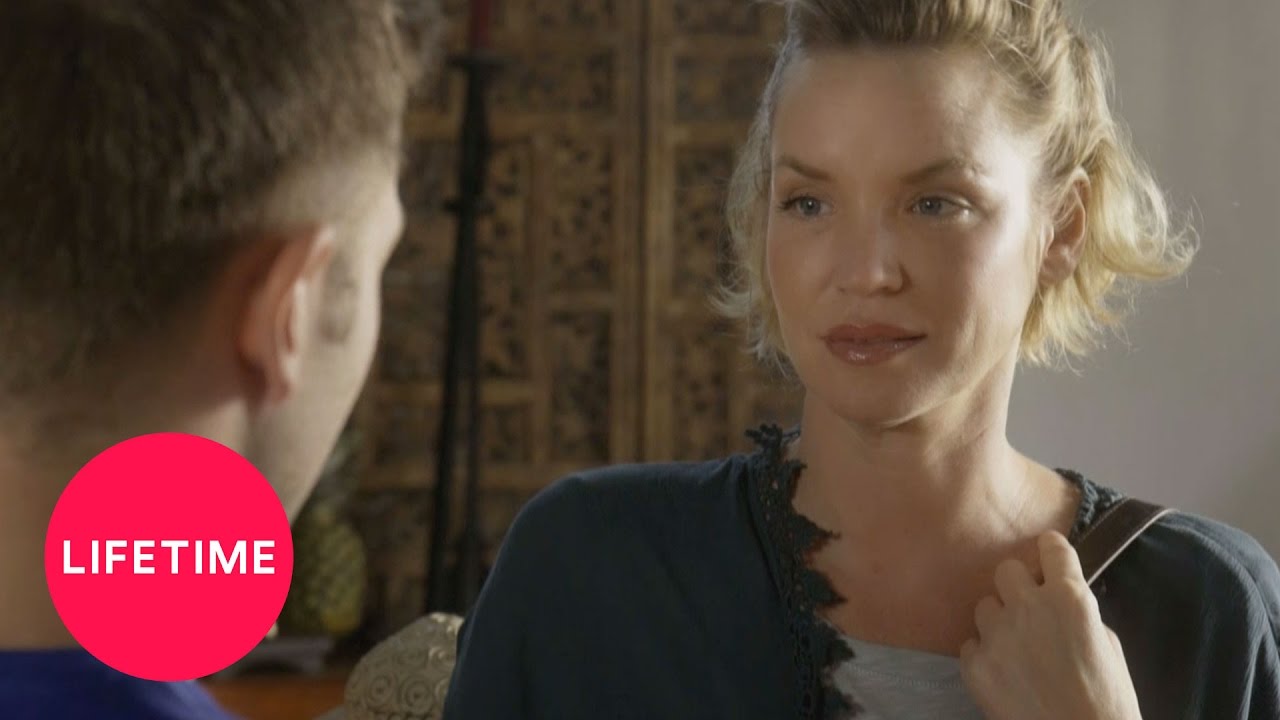 Arden survived a frightening attack at her home. She and her daughter Emma are completely shaken up. She tries to assure her daughter that everything will be fine but with her parent’s divorce, Emma is not convinced. With the urging of a detective and her sister Gwen, Arden decides to take a self-defense course. Arden and Gwen look online and find a hot guy’s class. Arden walks in and is tested by the instructor withing seconds. Arden leaves with marks on her wrist and a bad taste in her mouth. But after hearing her daughter is having nightmares, Arden goes back. She starts to bond with Logan over their past pains, but when Logan’s defense test go too far, she is in fear for her life and her daughter’s life.

Sigh. Seeing Arden make classic Lifetime mistakes in the 21st century is more than the watcher can bear. If you are going to watch this movie, be prepared to root for Logan. While most of the movie is predictable, be prepared for a twist that will shock Lifetimers. While this isn’t on of this best, it’s a good DVR/background noise movie. But don’t cancel plans to watch. And if you do, be prepared to adjust your volume, the music does come it a little loud.

It is your job to show them, without a shadow of a doubt, you aren’t prey – Logan

I felt a little overwhelmed. I don’t know if I am ready – Arden

So if daddy isn’t coming back, who is going to protect us then – Emma

Rock and a Hard Place – Review

In 2013, The Rock and a camera crew visited the Miami-Dade County boot camp. This boot camp offers an alternative to a long prison sentence. With sentences range from 10 years to Life, boot camp is the best alternative. The officers hope that by giving these young men discipline, education, and strength, they will become productive members of society and stay out of jail. They will have to stay in the program for 16 weeks, learn the rules of conduct, perform military protocol, & pass a physical fitness test in order to graduate from the program. However, with all the tough rules, these young men will be able to obtain their GED, get job training, and substance abuse counseling. With everything hanging in the balance for the cadets, 2 young men made a bad decision. Their bad decision puts the boot camp and the other cadets’ freedom at risk.

This documentary points out a few of the dedicated officers of Miami-Dade County boot camp that work as counselors, teachers, drill instructors, and translators.

Even though these men are young, their crimes would have them in jail longer than they have been alive. And all are repeated offenders who have been arrested dozens of times. Two have a language barrier, one won’t listen, and another steals. With all the good the bootcamp is doing, officers are pessmistic that all 38 young men will graduate. As the documentary follows the young men, from Day 1’s headshaving to graduation, you will learn about them and what brought them to bootcamp. Here are a few.

With jail’s repeat offenders on the climb, this bootcamp may ugre people to rethink how we rehibilitate felons. The one element this documentary is missing is the “Where are They Now” segment. This documnetary was filmed in 2013, it would be nice to see where 4 years have taken them.

No quitting. Stay strong. And don’t f**k this thing up. I mean that – Dwayne “The Rock” Johnson

It’s not going to be at your freaking leisure. It’s gonna be on their freaking agenda – Corporal Frederick Hodge

The push ups. The sit ups. The screaming. That’s all a part of our philosophy. If they can’t survive here, they’ll never make it on the streets – Lt. Rose Green

This is a form of rehabilitation/punishment – Tammy Lundy

Hannah is judging a baking competition on a local network while owning a bakery called Cookie Jar. Her noticeable limp is getting the attention of everyone include her boyfriend Mike. She explains that her steps broke and she sprained her knee. Mike sees this as a simple home repair until another judge gets sick. Finally, when the sick judge’s replacement, Coach Bishop, is killed; Mike and Hannah investigate. Hannah is not an officer, however, she is known around town as the Murder Magnet. With plenty of suspects, including the Coach’s wife, a contestant, and the basketball player, Hannah has her work cut out for her. And if Hannah doesn’t stop this murderer in time, she and Mike could die.

Based on the novel, Strawberry Shortcake Murder by Joanne Fluke, this movie provides a few twist and turns (FTC Affiliate Disclaimer). The “who” and also the “why” are a complete mystery until the end. The downside is the stories slow pace because of the Hannah/Mike relationship subplot. It’s not necessary for the mystery, however, Hallmark fans may enjoy it for the overall arc of the series. So this is a movie to DVR and fast-forward when needed.

Well, I do need the practice – Mr. Rutledge

Go get them – Coach Bishop

So, do you believe her – Mike

If mike messes up, I’ll position myself nicely – Norman

Off The Rails – Review

Six months after Nicole is injured in a train accident, she is still trying to regain her memory. Nicole is working with a hypnotherapist and she got the greenlight to slowly return to work. Much to the chagrin of her husband Mark, Nicole decides going back to work is the best idea. A few days later she second guesses her decision because she is attacked in her office by a man who knows her name. Police tell Nicole that the man had proof he was talking to her on a rape fantasy website, a cheating website, and other forms of social media. This leave Nicole in shock because she doesn’t have any social media accounts. After discussing other strange encounters with men, police, and Nicole determine she was catfished. Someone is out to hurt her, but she can’t figure out why. She believes the “why” is in her lost memories. Nicole must investigate to put an end to the harassment on and off the computer screen.

Pay attention because a lot happens quickly. This compelling drama will suck you in after the first 30 minutes of set up. When random men come up to Nicole as if they know her, you will start questioning Nicole’s fidelity; and her memory loss isn’t helping her case. As the story develops, you think you know what’s going on, but with one bang, you learn otherwise. But that’s not the only twist to this story. The last twist will leave you dumbstruck and in love.

One of the keys of happiness is a bad memory – Nicole

That’s good. If my son does run, he will need a steady wife – Maggie

I kinda doubt that – Walter

I’ll take it from here – Mark

Because I’ll give them one – Jillian