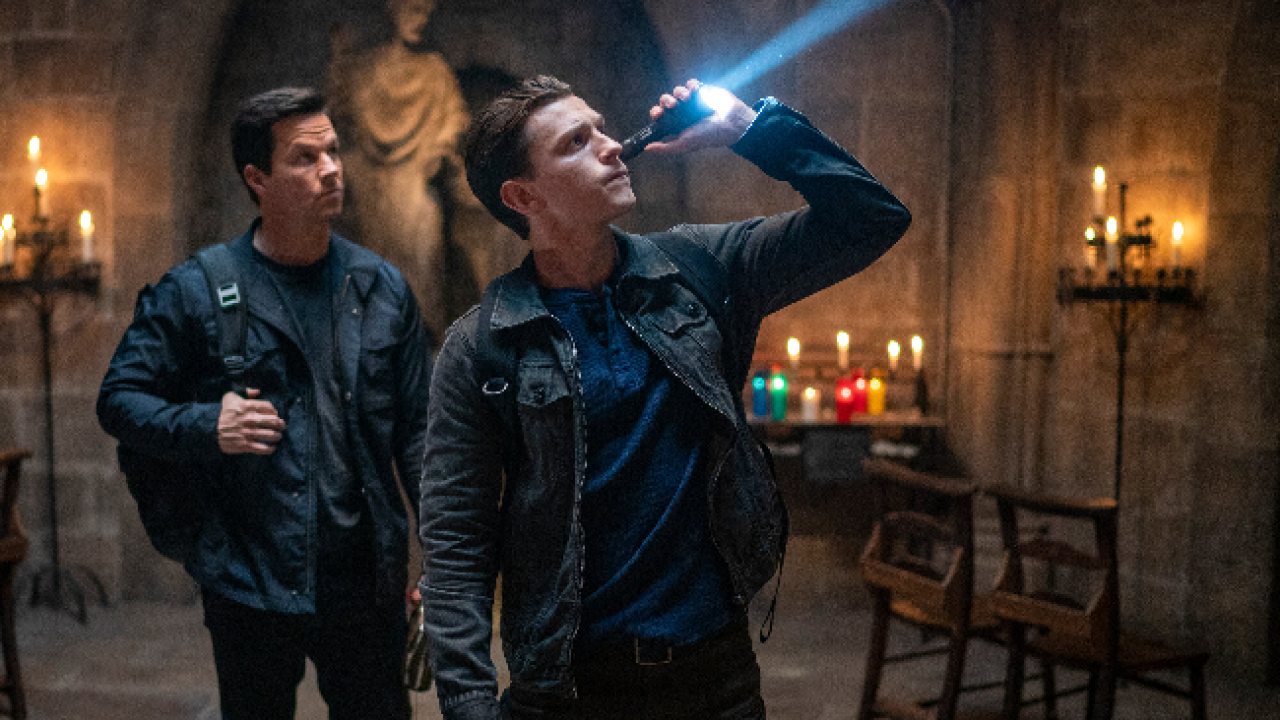 Fifteen years ago, Nate and his brother, Sam, tried to steal Magellan’s map.  It was the first map of the world with a secret to where Magellan and his crew hid billions in gold.  A security guard catches them and turns them over to the nuns at the orphanage.  Since this incident is Nate’s first time getting in trouble with the law, they let him go.  However, this is Sam’s third strike, and he must leave the orphanage to meet with a judge.  Sam goes upstairs to get his things, and Nate follows.  Nate sees Sam about to escape, and Nate begs him not to leave him.  Sam gives Nate a ring, a lighter, a letter, and a promise to return.

Today, Nate is a bartender with a lot of historical knowledge and sticky fingers.  He lifts a bracelet from a customer when a man, Sully, gives him praise.  Sully tells Nate how to be better and mentions the gold.  Nate refuses to work with Sully, and Sully leaves.  Nate checks his pockets, and Sully’s business card is in the bracelet’s place.  Nate breaks into Sully’s home and finds Sully waiting for him.  Sully notices that Nate stopped at the map on the wall before looking for the bracelet.  Nate tells Sully his map is a realistic replica of Magellan’s.  Then, Sully tells Nate the map is authentic, like the treasure.  To get it, they need two crosses because they’re the key.  Sully already has one, but the other will be in an auction.  Sully wants Nate to come up with a plan to steal the key before a bidder purchases it.  Nate doesn’t want to be a part of the plan, but Sully mentions Sam.  Sully and Sam were partners, but Sam ghosted Sully.  Sully thinks that finding the treasure will lead to Sam.  Nate is on board.  Nate will quickly learn that there is no honor among thieves.

Based on Uncharted for Playstation, this movie is how game adaptations should be from this point forward (FTC Affiliate Disclaimer).  It was funny, captivating, and suspenseful.  This film was Indiana Jones and National Treasure with a bit of Goonies.  It’s no surprise that the mid-credits scene gives sequel hints.  Some action sequences feel like watching a high-resolution video game.  While it’s cartoonish in other movies, it’s a nod to video game fans.  And let’s not forget the double-crosses throughout the movie.  Like Nate, you have no idea who to trust and when to trust.  The film never gets slow or bogged down with unnecessary love stories.  While there is little inappropriate humor, the film does display violence.  Enjoy this adaption on the big screen for maximum viewing pleasure.

There’s only one rule in this game, and it’s don’t get caught– Sully

Everything that comes out of his mouth is an exaggeration, half-truth, or an outright lie – Chloe 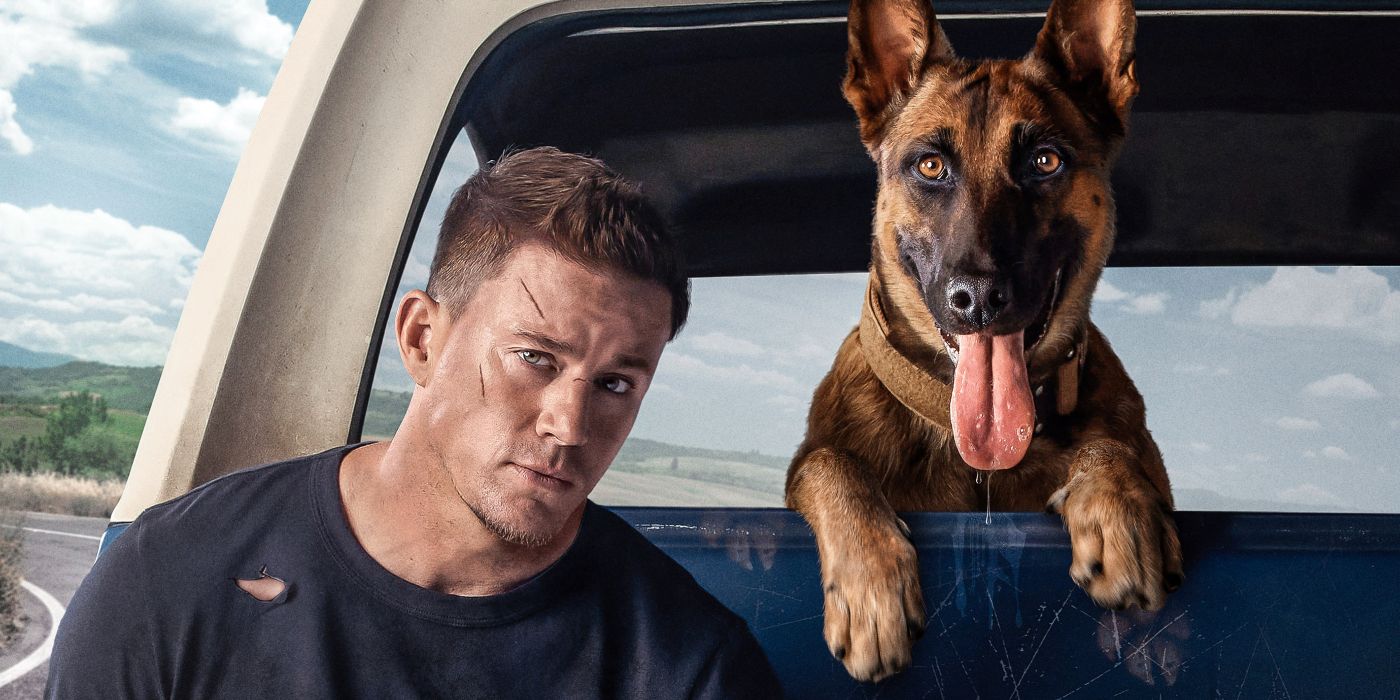 Jackson Briggs works in a gas station’s sandwich shop while waiting to hear about his diplomat security application.  When he calls to check on his status, they inform Jackson that he needs his commander’s approval.  Jackson suffered a traumatic brain injury that may result in headaches, blurred vision, and seizures.  Although he got a clean bill of health, Jackson can’t connect with Commander Jones on the phone to confirm his work detail.  He gets a call from Jones with unfortunate information that his fellow ranger, Riley, died.  Jackson goes to a local pub to celebrate Riley’s life, drink, and talk to someone in charge.  Jackson finds Jones at the party and gets on his knees to beg for another chance.  Jones accuses Jackson of buying his medical clearance and drives away.

In the morning, Jones finds Jackson, grabs Jackson by the ankles, and pulls Jackson out of his truck.  Jones tells Jackson to come to Fort Lewis for a mission.  If Jackson completes it, Jones will approve Jackson’s application.  Riley’s family wants his K-9, LuLu, to attend his funeral.  LuLu served several tours in Iraq and Afghanistan combating the Taliban, dodging bullets, and saving lives.  The military took LuLu out of the field when an attack injured her.  Today, LuLu lashes out at anyone and trusts no one.  Jackson remembers LuLu as a badass that loved Grey’s Anatomy.  He steps into the cage to pet a muzzled LuLu.  At first, LuLu is calm.  Then, Jackson touches her ears, and she snaps.  This behavior makes LuLu a poor candidate for adoption.  So after the funeral, the military will put LuLu down.  Jackson gets LuLu into the car and starts the 1500 mile journey to Riley’s funeral and LuLu’s death.

The movie opens with a veteran pushing to get back into duty.  Without a mission, Jackson feels lost.  As the story develops, you see the layers of physical and psychological trauma plaguing Jackson.  LuLu is a mirror for Jackson’s inner turmoil.  Gunshots and thunder make the dog jump, and she won’t eat out of Jackson’s hand.  She has extreme anxiety, which causes her to pant heavily.  As Jackson accepts LuLu’s trials and tribulations, he forgives his own.  The director wonderfully shot moments between Jackson and LuLu to convey all possible emotions.  This film covers veteran topics like job placement, PTSD, homelessness, suicide, and unwanted public opinions.  However, the plot doesn’t get dogmatic.  You can focus on LuLu and Jackson’s developing bond.  For parents, don’t let the cute dog fool you.  This movie is not for kids younger than 15.  Some scenes are a bit too mature.  Otherwise, enjoy this movie about a veteran and a handler.

Thank you for your service – Jackson