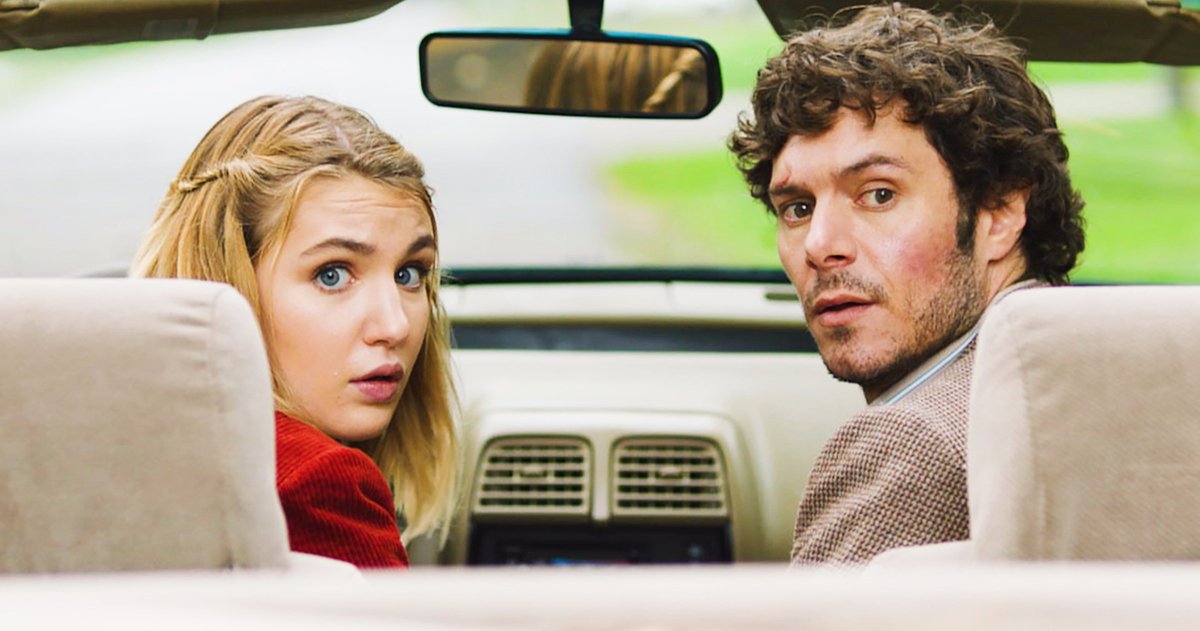 As a child, Abe Applebaum had a nose for mysteries.  His principal came to Abe with his first case when Abe was 13.  It was the case of the missing fundraiser money.  Abe picks a suspect, and the principal recovered the money.  Soon, Abe was running a business out of his treehouse, and the police even called to consult him on bigger cases.  When someone chopped down his treehouse, the thankful town got him an office on Main Street.  The mayor’s daughter, Grace, was his receptionist, and he paid her with soda.  His business was booming, and Abe was in the newspaper every week, but that all changed when Grace went missing.  The town and Abe expected Abe to find her, but when he couldn’t, Abe’s town and Abe fell into a depression.  Today, at 32, Abe is self-loathing, solves mediocre mysteries, and has more debt than cases.  As he walks home from work, he sees police combing through the river.  He comes into the office the next day, and Caroline is waiting in his office for him.  The police found her 15-year-old boyfriend stabbed to death in the river, and they have no leads.  So, she asks him to find who murdered her boyfriend.  He asks if she is sure because the truth can be shocking.  Caroline is sure and hires Abe.  This murder case will be his first adult case and a chance to clear Grace’s case from his soul.

This movie goes from Encyclopedia Brown to 8mm in less than two hours.  It’s a mix of Criminal Minds’ unsubs with Psych’s hijinks and wit (FTC Affiliate Disclaimer).  You will laugh at the inappropriateness of Abe as he hides in a little girl’s bedroom after spying on a teenage boy.  This story is perfection because Abe carries the weight of the town on his shoulders, and you can see the moment the weight lifts.  If you have ever gone through a hard time, you will connect with Abe’s tears.  The script doesn’t give the audience any words because no words are needed.  You will understand.  When Abe finds the murderer, he will learn the truth about his town and himself.  Like Abe says, “the truth leads to shock.”  This movie will become a cult classic.

I forgot to brush my teeth today – Abe Applebaum

In a few weeks, Kyle will marry Ava, so his best friend, Michael, takes him on a bike ride to help him lose weight.  As they bike uphill, Michael admits to sleeping with Ava before Kyle knew her and continuing the affair after the engagement.  Kyle tries to catch up to Michael but can’t.  During the chase, a motorist tries to force the men to the side, but they tell him to go around.  At the top of the hill, Kyle sees Michael fighting the motorist and watches.  Kyle takes Michael to the hospital, and Michael promises to end the affair with Ava.  Kyle walks away to get more information from a doctor and comes back to find Ava and Michael kissing.  Ava admits she loves Kyle but doesn’t want to marry him.  Three years later, Kyle walks to a gravesite to pay his respects and watch Michael have a breakdown over Ava’s casket.  They try to be civilized, but their conversation ends in blows.  Months later, Kyle spends time with his family for the holidays.  He’s dating Marissa, a woman he broke up with in high school, and his family doesn’t like her.  Then, Kyle drops the bomb that he and Marissa are getting married, and his family is less than enthused.  Kyle’s mom counters his bomb and tells Kyle she invited Michael.  He isn’t doing well after Ava’s death.  She feels Michael needs family. Against Kyle’s objections, Michael attends the festivities.  This invite will stir up old wounds and create new ones.

In six parts, this movie will make you laugh at the most horrible moments in Kyle’s life.  This toxic friendship spans years with little resolution for the outside influences affected by it.  Kyle’s friends and family think he is weak and doesn’t know how to say no.  Kyle’s mother tells Michael he is selfish.  While they should stay away from each other, Kyle’s family continues to meddle and attempts to fix the friendship.  Like most independent movies, they bookend the start and the conclusion.  While you will want more for Kyle, you will realize this is the only solution for him and Michael.

Did you hear any of that – Michael