It’s been six months since Nick, formerly Blake, went to jail.  But he has no plans to stay there.  On his way to prison, he escaped transport and killed the driver.  He contacts his sister, Lisa, and gets shocking news.  The mental hospital released her, and her old boyfriend let her move into his home.  Frustrated, Nick tells Lisa to be quiet and be on the lookout for cops.  Two hundred miles away, Madison has put Nick in the past.  She accepted an offer for an internship, set her social media to private, and repaired her bond with her sister Evie.  Evie filed for divorce, went back to real estate, and changed to her maiden name.  All feels great until Evie gets a call from Detective Johnson about Nick’s escape.  She is distraught to learn the police will do little to protect Madison. Evie runs to tell Madison the horrible news immediately.  Now, both women are on high alert, but not high enough.  While leaving her job, Madison feels a gun on the back of her head.  Nick found her.  He tells her to send Evie a text and put her phone in her car with his note.  The note tells Evie to take the burner phone Nick provided and wait for instructions.  Nick calls and tells Evie to wire $1,000,000 to an offshore bank account in 24 hours, or he will kill Madison.  She pleads with him to reduce the amount.  When that doesn’t work, she begs for more time, so he gives her 48 hours instead.  In 48 hours, Evie has to get the money or Madison has to free herself, before Nick leaves the country with the love of his life, Madison, and the money.

Like most sequels, this didn’t pack the punch the first movie did.  However, it feels like a setup for the third movie in the installment.  You can see all the mistakes Nick, Madison, and Evie are making along the way.  So, you aren’t surprised when everyone’s plan starts to fall apart.  With Nick’s computer security expertise, you don’t believe he would make such careless mistakes.  Even with those mistakes, he still manages to outsmart Madison.  If you started the Thrillogy, watch this movie to get ready for number three.

Because I would slit your throat while you were sleep – Lisa

You make me better – Nick

How could I? You got me chained up like a dog – Madison

Obsession: Stalked by My Lover – Review

Obsession: Stalked by My Lover – Lifetime – 2 hours and 0 minutes 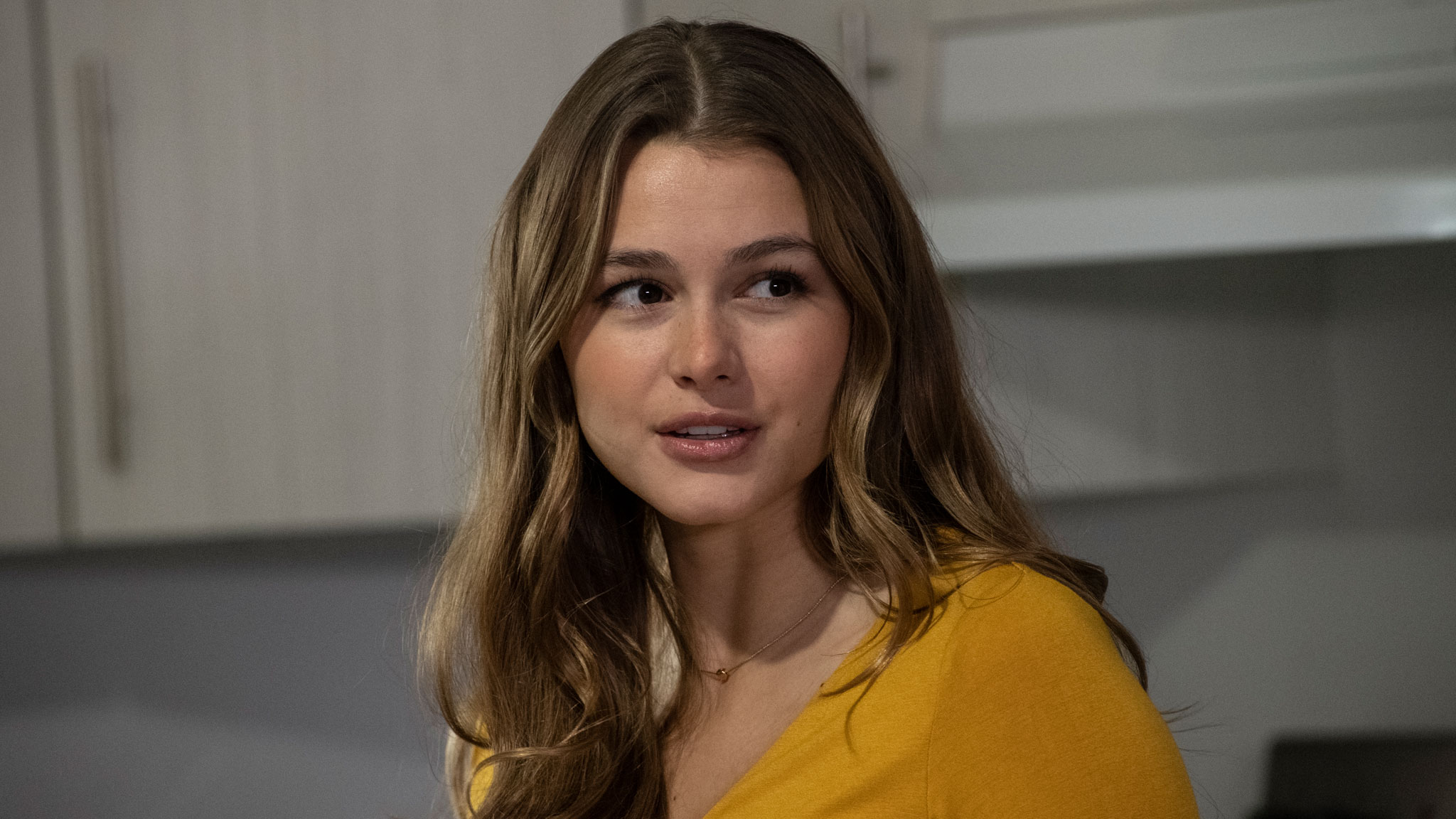 Madison, an orphaned college student, is looking for a new roommate.  Her current roommate, Rachel, suggests she try a roommate app, and, with a few clicks, she has three options, two women and one man.  Rachel suggests she picks the cute guy, but Madison wants to see them all.  After an interview and a tour, Madison picks the handsome man named Blake.  Even with the deposit and rent money in hand, Madison’s boyfriend, Dylan, hates the idea.  Dylan believes Blake will flirt with her and try to take Madison away from him.  Madison believes Dylan is ridiculous about Blake’s intentions.  Blake has a girlfriend and a good job, he needs a place to stay.  To celebrate the new living arrangement, Madison invites Blake to her estranged sister, Evie’s home.  After dinner, Blake and Evie have a conversation.  She believes her husband, Kirk, is cheating, so Evie asks Blake to do a job.  Blake uses his security expertise to catch Kirk in the act.  Evie plans to use the footage for her divorce settlement.  Blake charges her $5,000 for the setup.  While Evie thinks she is paying a reputable security agent, Blake is using her.  He is a robber on the run.  In his last robbery, the mark shot his partner.  He plans to extort Evie and rob her neighbors.  But he wants to keep Madison by his side.  He feels a special connection to her because they were both abandoned as children.  He won’t let anyone stand in the way of his money or his Madison.

The first installment of the Obsession Thrillogy has a murderous start.  It shares the focus between Madison’s and Blake’s perspectives.  So, the audience isn’t playing catch up.  Instead, you are watching Blake and Madison playing a cat-and-mouse game.  And sometimes both are the cat and the mouse.  This dichotomy of storytelling is compelling to watch.  One thing for sure, this installment will leave you excited to see the next Obsession installment.

Yeah, I’m not someone you wanna piss off – Blake

Given what I know now, Dylan was right – Madison

You don’t think he gonna make a play because he has a girlfriend.  You don’t know guys that well – Dylan

Driven to the Edge – Review

Driven to the Edge – Lifetime – 2 hours and 0 minutes 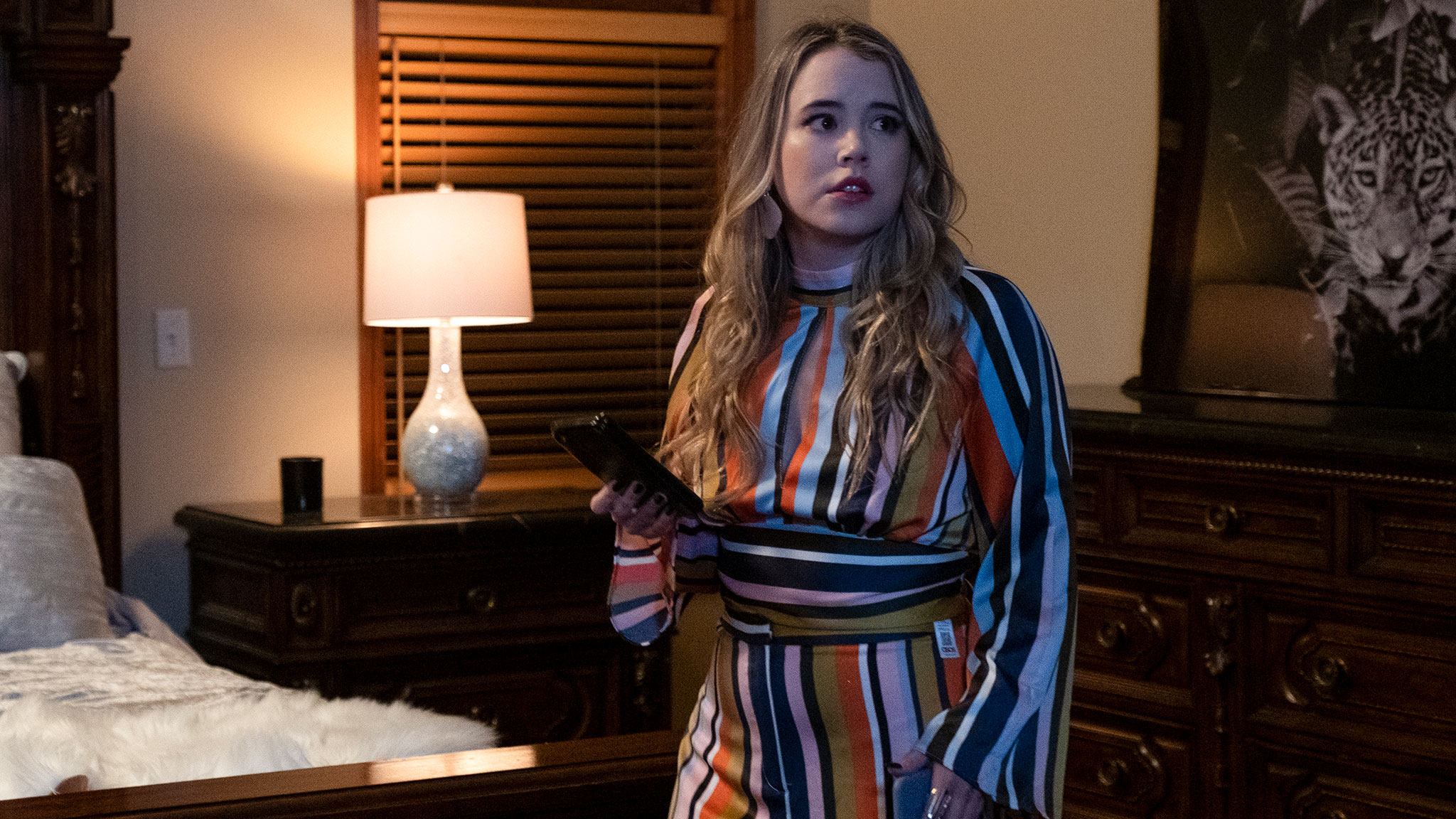 Tess tries to get into the wrong Roller car when Jaye stops her because it’s her car.  Jaye offers to share because Tess is in a rush to get to a job interview.  The two women ride together.  Their driver’s arrest surprises Jaye and Tess.  They get another Roller car, so Tess makes her meeting.  Before Tess’s meeting, Jaye asks if they can be friends.  Taken aback by her offer, Tess says yes.  The two women meet and discover they have a lot in common.  They are successful orphans who go after their dreams, Tess, a designer and, Jaye, a real estate agent.  Soon, Tess introduces Jaye to her friend Olive and Olive’s new boyfriend, Isaac.  Isaac swears he knows Jaye from somewhere.  On his way to the bathroom, Isaac bumps into Jaye and remembers their connection.  He works for Roller, so they got their cars inspected at the same time.  Jaye convinces Isaac that he made a mistake, but Isaac doesn’t know this identification will be his doom.  Jaye is not who everyone perceives her to be.  She is a psychopath on the edge who uses Roller to kill her rude, dismissive, and disgusting passengers.  If Tess doesn’t play by the rules, Jaye will make her the next victim.

First, Jaye is a great psychopath.  She talks to herself, compares herself to other killers, and practices smiling in the mirror.  However, the overall story is slow and overdone.  It’s not until the end that you get a pretty good twist which piques your interest.  But that’s the end of the movie.  Don’t worry, it has plenty of gore to satisfy the Lifetimers bloodlust, but not enough story to whet the appetite.  This movie is background noise.

Would you like to be my new friend – Jaye

You took that in a dark direction – Tess