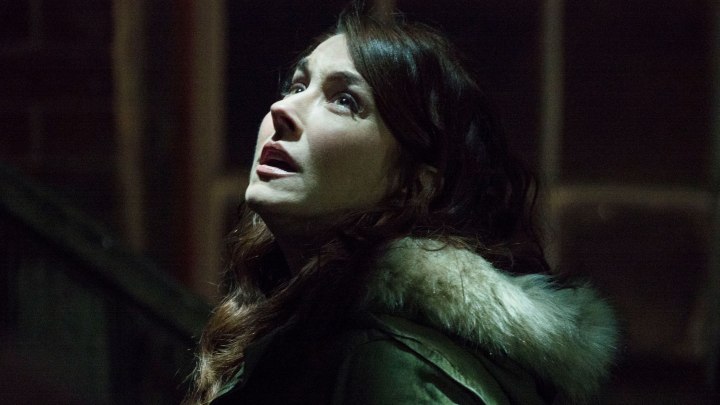 Judy, deputy mayor, was served with divorce papers from her husband Steven.  She tries to protect her daughter, Abby, but the high school senior knows everything.  Judy tells Abby not to get too attached to her high school sweetheart, Daniel.  Judy did the same and now she is getting a divorce.  Abby ignores her mother and celebrates her 2-year anniversary with Daniel.  Later, Judy goes out with her friend, Kendra, to celebrate joining the divorced wives club.  Two years ago, Kendra divorced her husband and she cares for Daniel alone.  The next morning, Steven calls Judy.  Kendra was found dead in her home.  The autopsy lists the cause of death as heart failure.  Judy doesn’t believe it but Steven tells her to stay out of it.  Judy can’t let it go.  She swears the night they went out Jason Hall was following them.  She believes Jason Hall had something to do with Kendra’s death.  When the toxicology report comes back positive for poison, Judy is relentless in her pursuit of Jason.   And it intensifies when Daniel is arrested for Kendra’s murder.  But does she have the right man?

When this movie is done, be prepared to have no sympathy for any of the characters.  As they are picked off one by one, you see the reason for the killer’s revenge and rage.  Seeing the part all 4 played, you believe they deserve to be punished.  Experienced Lifetimers will see the killer coming from a mile away.  The moment the killer is introduced, you know something is wrong.  It’s the ‘why’ that keeps you tuned in to the movie.  This isn’t a classic but is a decent watch.

It wasn’t a total loss, you had me – Abby

This is the weirdest feeling in the world. I have no idea what to do – Daniel

The mayor is my boss, not the deputy mayor – Steven 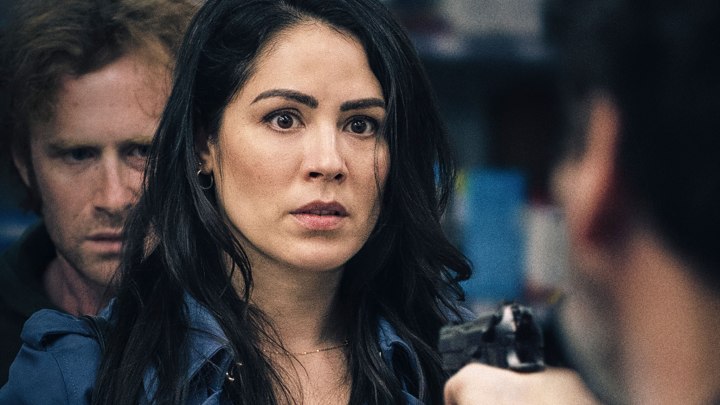 Karen went to the drug store to pick up some last minutes items. Sophie, Karen’s sister-in-law, watches Karen’s son, Max, while she shops.  It was a mundane trip until a man comes in demanding fentanyl patches.  When the pharmacist doesn’t comply fast enough, the man pulls out a gun.  He points the gun at Jeremy and Karen jumps in front of him.  In seconds, the gun flashes, Karen and Jeremy drop to the ground, and police are apprehending the robber.  Karen gives her statement and heads home to Max.  Jeremy tries to talk to her but can’t.  And the police won’t tell him anything about her.  Out of nowhere, Jeremy approaches Karen on the sidewalk.  He thanks her for saving his life and offers to buy her dinner.  When she declines, he offers lunch instead.  She says ok and leaves with her son.  She doesn’t know how ill he is and what he will do to repay the favor.  After injecting himself into her life, Jeremy sees the problems she faces daily.  A stolen promotion, a disrespectful tenant, and a distant son.  He decides to save her the same way she saved him.  And he will do it at the cost of anyone’s life.  It will take a computer virus, sneakers, coffee, a box of extortion, and a freezer for Karen to see she is in trouble.

This movie is all about bullies, no matter if they are children or adults.  It’s unnerving to see Karen stand up to a man with a gun but not a tenant who won’t pay or rude co-worker.  Max and Jeremy have the same issue.  They are consistently bullied by the people around them.  When helping Karen doesn’t work, he decides to become a savior.  While the actors did an amazing job, the ending falls flat.  Karen learns about being kind to strangers but you have no idea what happened to Jeremy.  The movie has the markings of No Good Deed but it feels like a setup for a part 2.

I can’t say I haven’t thought of that – Jeremy

Are you sick – Max

I knew there was going to be an amount of sour grapes. But I can’t have you poisoning the well – Lance

Tori is one of the best brand and marketing strategists at her firm.  She researches some of the best athletes for her company and creates dazzling campaigns.  She doesn’t do it for the money, she does it for the sports.  As a girl, Tori played baseball and hung out with her best friend Adam.  Now, adult Tori and Adam are still friends and coach a baseball team with Adam’s niece, Rocky, as a player.  Rocky looks up to Tori and hates that her mom, Adam’s sister, dresses her up.  Tori knows the feeling.  She has never been a girly-girl.  She hates makeup, dresses, and heels.  She prefers sneakers, jeans, and suits.  One day, the firm is chosen to create a new campaign for Shelley Sweat cosmetics.  It’s a cosmetics line activated by sweat.  Tori’s boss, Randy, gives the campaign pitch to her because she is a woman.  Reluctantly, Tori takes the campaign.  During the research, she feels focus groups aren’t enough.  With the help of her friend and office manager, Krista, Tori gets a head to toe makeover.  The hot guy in the office and Tori’s crush, Brian takes notice.  So, does Adam and her dad James.  Brian loves the new look and asks Tori on a date.  However, Adam and James don’t understand the new her.  As she keeps up the facade, Adam challenges her: Change back and see if Brian still likes you.  This tomboy turned girly-girl will get a response she never expected, leading her to find her true self and true love.

Don’t be mistaken, Tori isn’t the only one who changes in this movie.  Krista, a self-professed girly-girl, changes for a guy too.  Accept she pretends to like sports and sidewalk hotdogs.  Seeing who these women are, on the inside, will cause their men to have two different reactions.  One woman is accepted and the other is not.  The one who changed her personality is accepted, the one who changed her looks is not.  But the writers saw the bad message in that statement and gave Tori a different love interest.  One who accepted her looks and still loved her personality.  The movie is funny and has merit, however, it’s a plot we know well.

No one wants to know how the sausage is made – Shelley

That explains the face paint and the fluff – James