Michael travels to New Orleans to talk to people still affected by the hurricane.  During this interview with Isaac, he comes across several photos.  One photo is Christine, his former flame.  At some point, Isaac and Christine had a hot and heavy romance.  But Christine left for New York to pursue her dream of photography, leaving Isaac behind.  Isaac’s only regret is not going after her.  Michael can feel a story brewing in this tale of lost love and goes home to New York.  He has plans on finding Christine.   He finds Christine’s daughter Mae.  Mae tells Michael her mother died of cancer a few months ago.  But there is more to the story.  Christine left Mae a safe deposit box with 2 letters and photographs.  Christine asks Mae to read the letter addressed to her first.  After, give the second letter to her father.  One envelope has Mae’s name, the other is blank.  Michael can’t get Mae off his mind and attends a museum event he knows she will be attending.  He tries to be smooth and ask her out.  However, he is obvious but she likes him.  They go out for dinner; then, talk about music and romance.  Michael just got out of a relationship causing him to interview for a job in London.  Mae broke up with her boyfriend after he proposed to her.  After the date, they see each other regularly.  While Mae feels she is doomed to repeat her mother’s mistakes, Michael believes their love can make it.  As she discovers her mother, is Mae willing to give love a try after she learns of his job opportunity?

With nods to Kanye, Drake, and Kendrick Lamar, this movie tells the tale of two love stories (FTC Affiliate Disclaimer).  One between Isaac and Christine and the other between Mae and Michael.  Changes in music, technology, and clothes help you bounce from one time period to another.  With each love story, you get the same message.  Communication is key.  Mae and Christine aren’t bad at love; they are bad at communication.  On the surface, it’s easy to say.  But with the right circumstances, it’s hard to do.  This is a good date matinee movie.

I don’t recommend getting older. Less people to talk to and too much time to think about every regret – Isaac 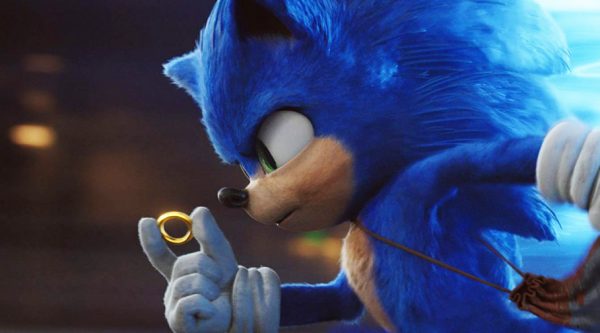 Longclaw watched over young Sonic and told him to keep his powers a secret.  But Sonic can’t help but run fast.  Then, he is spotted and the tribe of echidnas comes after him.  Longclaw throws a ring and it opens a portal to Earth.  She tells Sonic to stay hidden and never stop running.  She gives him a bag of rings and pushes him through the portal.  Before Sonic can run back to save Longclaw from the tribe, the portal disappears.  Ten years later, Sonic loves the town of Green Hills, Montana and its people.  Especially, the Donut Lord, Pretzel Lady, and Crazy Carl.  Donut Lord is Tom Wachowski, the sheriff of Green Hills with aspirations of working for San Francisco PD.  The Pretzel Lady is Tom’s wife Maddie.  She is the local veterinarian.  While she was earning her degree, Tom worked several jobs to support her.  Today, she is ready to support him.  Crazy Carl has reported a blue hair devil running in the forest at lightning speed.  No one believes him.  Well, Sonic does.  The blue-haired devil is him.  Sonic runs around town and quickly adds himself inside people’s everyday lives but he is lonely.  He doesn’t realize this until he is playing baseball alone.  He makes the home run and no one is there to cheer for him.  Upset, he runs around the bases as fast as he can and causes an electronic surge that blacks out the Pacific Northwest.  Fearing an alien invasion, the government hires Dr. Robotnik.  They know he is unhinged but he is the best at what he does.  At the origin of the surge, Robotnik finds a footprint.  Sonic sees he is about to be discovered and runs to Tom’s house to open a portal.  Tom hears the commotion in his shed and grabs Maddie’s tranquilizer gun.  Before Sonic throws the ring, Tom shoots Sonic in the leg.  Sonic becomes woozy and looks at Tom’s San Francisco T-shirt.  Sonic throws the ring and a portal to San Francisco’s Transamerica Pyramid opens up.  Sonic faints and his bag of rings falls through.  Then, the portal closes.  Sonic wakes up in an unlocked cage hearing Tom talk to Dr. Robotnik.  The pair manage to escape Dr. Robotnik.  However, for Sonic to be safe, he has to find his rings and create a portal to a new planet.  And he will need Tom’s help to get there.

Based on Sonic The Hedgehog video game, this movie shouldn’t be mistaken for just a kids movie (FTC Affiliate Disclaimer).  The writers understood that classic-gamer of the 1991 Sega Genesis console would be in their 30s and 40s now and watching this movie.  So they added a lot of humor for adults and classic game sound effects for the mature viewer.  The time when Sonic uses a ring will bring a flood of happy memories.  Don’t worry parents, the jokes aren’t raunchy, just nostalgic.  Like Sonic’s classic foot tapping.  In the past, video games that were turned into movies have been disappointing but Sonic will surprise you.   Also, the movie has Quicksilver moments from the blue-haired speed demon and a sneak peek for part 2.  This is a great matinee movie for the entire family.

Why do you keep calling me donut lord – Tom