A Deadly Price for Her Pretty Face – Review 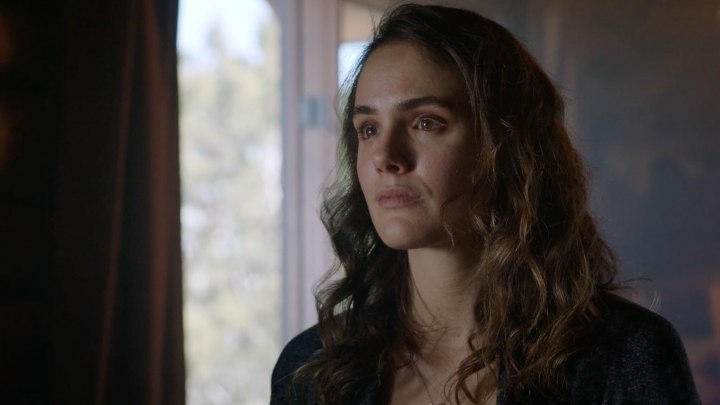 Amanda works 2 jobs, attends nursing school, and cares for her daughter Zoe.  She tries hard to balance everything but her ex-husband, Nick, is taking her to court for custody of their child.  He believes she works too much and makes too little money to take care of Zoe.  Years ago, Nick told Amanda that marriage and parenthood was her idea.  And she only married him for a green card.  She knows Nick doesn’t want Zoe, he just wants to win. And he has a new wife, Darcy to help.  After baking cookies with Zoe, Amanda gets a call that a talent agency wants to meet with her.  She calls a sitter and leaves for the job.  She gets a bad feeling during the interview and runs.  The photographer catches up to her and drugs her.  Unbeknownst to either of them, Zoe hid in the back seat of Amanda’s car.  The next morning, another man comes to the photoshoot’s location with a mask covering his head.  Zoe witnesses two men with clown masks putting something in the trunk.  Amanda was kidnapped by Shawn and Tyler.  They want Nick to pay a $150,000 ransom.  If he doesn’t pay, they will sell her as a sex slave to the highest online bidder.

Don’t be mistaken, this movie is not a mystery.  It lets you know who is really behind the kidnapping and why pretty early into the film.  The nail-biter of the plot is having each character under a running timer.  Nick has to get Amanda to see his side before the cops discover the truth.  Amanda has to free herself before Shawn and Tyler sell her in a few days.  Shawn has to get the money so he and Tyler can go south.  Tyler is almost out of medicine and will need more in a day.  Oh, and the cops still can’t find Zoe.  Everyone is desperate to come out on top, who will die to win?

All you cared about is your god damn green card – Nick

No, you asked me not to and I said I’d think about it. So I did – Shawn

Pick it up, Shawn – Tyler 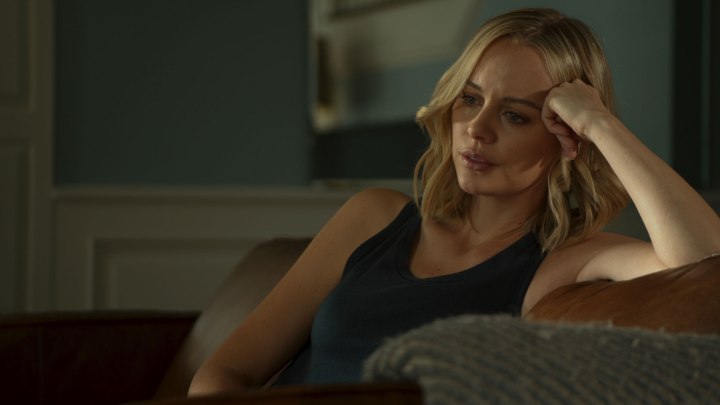 Kelly wakes up in the hospital with no memory of her husband Dan.  But she can recall her best friend and college roommate, Allison, and Allison’s husband, Logan.  The doctor tells Kelly she has retrograde amnesia.  Over time her memory will slowly come back.  Her first memory is triggered when the detective plays her 911 call.  Kelly remembers being chased down a road by an unknown driver.  Privately, Allison takes the time to fill Kelly in on her life after college.  She has become a successful artist with a huge following.  Logan is her manager and she met Dan shortly after graduating.  Their friendship has remained intact throughout the years.  Before her accident, Kelly had a bad encounter with Mr. Applegate.  He wants to buy her studio but she won’t budge.  He has promised to make her life difficult.  At her gallery show, Kelly met with Carl Martinez in private.  He has information for her and wants to go over it tomorrow.  Afterward, she dropped Dan off at the airport and went home.  At some point, she was attacked.  Kelly refuses to wait.  With each glimpse of her memory, Kelly goes on the hunt for the person who tried to kill her.  Can you figure it out before she does?

Seasoned Lifetimers can see the overall plot and twist coming.  You watch because you want to see Kelly uncover it.  You are given a few misdirects but they are too obvious.  With all the craziness of this movie, one dead body will throw you for a loop.  And seeing the first minute will shock you.  So if you need to kill 2 hours, this is the movie for you.

Allison, someone tried to kill me. They pushed me out a window – Kelly

You have it all Kelly – Allison 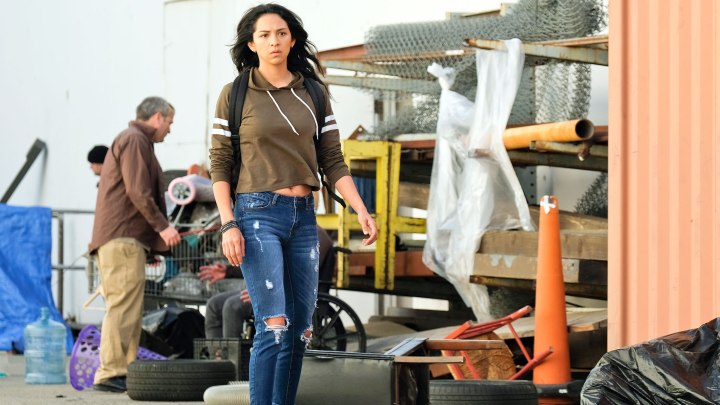 Taylor sees a young, homeless boy being harassed by a homeless man for his backpack.  She jumps in to help.  She offers the young boy, James, some food and a place to stay.  Taylor takes James to her adoptive parents’ shelter.  Years ago, Larry and Sandy decided to adopt Taylor and save her from a life on the streets.  She wishes they could do the same for James.  But they just can’t.  At her job, she meets a young man named Clu.  Clu loves to skateboard just like her.  Her mother hired a teen named Miles.  Miles has a can-do attitude at work and a bright smile.  Over the past few days, Taylor has had some strange and dangerous things happen around and to her.  First, her parents’ home was broken into and her father was shot.  Next, she is almost hit by a car.  But when a friend goes missing, Taylor uses her street knowledge to find out who is stalking her and why.

This movie gives the viewers a compelling story to follow.  While you know who is stalking Taylor, you don’t truly know why until the end.  You believe you do but there is a deeper story of neglect and abuse.  With this strong storyline, the characters are given powerful and believable conclusions.  Your eyes will be stuck on the TV.  So DVR this gem, so you can pause and rewind during interruptions.

I want you to know you’re not alone – Taylor

You can’t save everyone – Sandy