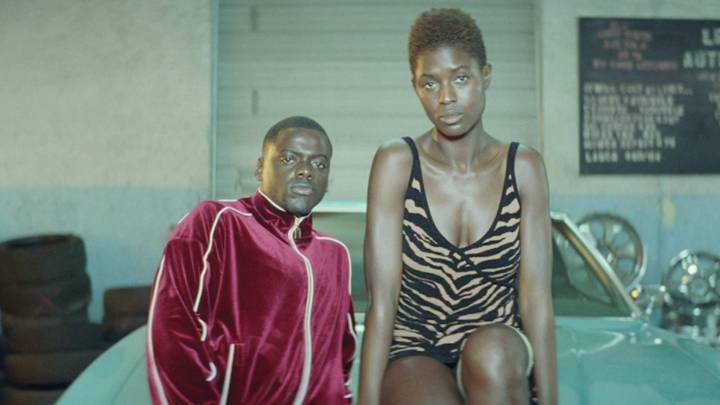 A woman goes to Tinder to find a date (FTC Affiliate Disclaimer).  She lost a case and her client was sentenced to death.  She didn’t want to be alone.  A man, who emailed this woman 3 weeks ago, was happy to finally get a reply.  They go out on a date to a local diner.  She notices he got over-easy eggs, instead of the scrambled he ordered.  She is quick to say something.  He talks her down and explains he knows the waitress and everything she is going through.  They talk back and forth.  Later, he drives her home.  She grabs his phone and looks at his playlist.  He grabs his phone back and swerves in the road.  Soon, the flashing lights of a police car are behind him.  The officer flashes a light in his face and he protects his eyes by blocking the light.  The officer tells him to put his hand down.  She tells the officer he is being blinded by his light.  The officer takes the man’s ID and registration and checks them.  The officer comes back to the man and asks him to step out of the car.  He does and agrees to let the officer search his trunk.  She questions if the officer has a warrant.  The officer said he agreed so he doesn’t need a warrant.  He asks the officer if he could hurry up because it’s cold.  The officer pulls out his gun, points it at the man and tell him to get on the ground.  The woman gets out of the car to film the incident with a phone.  The officer turns at her, then the man, then her and shoots.  The man and the officer start to fight and the man grabs the officer’s gun.  The man shoots the officer in the head.  The man grabs the woman and helps her up.  They stand over the officer.  She tells the man they need to get out of here.  No one will understand their side.  They have to make it on the run.  Their mission: Stay ahead of the cop and don’t get caught.  Over the next 5 days, the two will become Queen and Slim.

This whole night didn’t have to happen this way.  You will become more and more exasperated as the officer and Queen keep taking the situation to a new level.  As the couple is on the run, you will find yourself wondering if Queen was Slim’s only problem.  A discussion among itself.  Only a few of the couple’s choices were his.  He made the decisions he did out of fear, not reason.  They run into a host of characters along the way.  Some agree with them and some who don’t.  If you listen carefully, you will discover the officer has had a history of shooting unarmed people and Queen has had a violent history too.  While a lot is focused on their relationship’s development, you don’t learn too much about Slim.  In the end, you realize you never knew the real character’s names.  Only who they are immortalized as – Queen and Slim.

I didn’t mean for that to sound shady – Queen

I’m not a criminal – Slim

That’s the risk you take – Earl 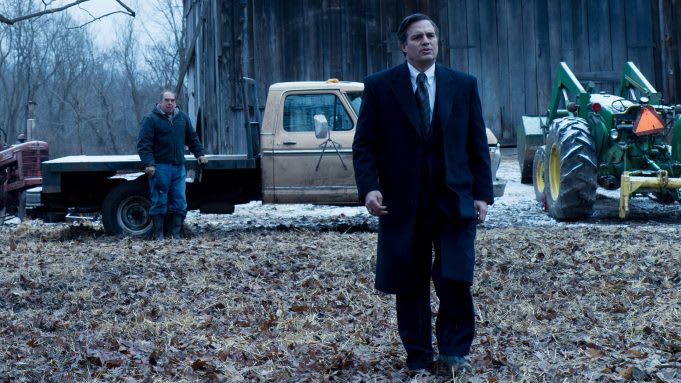 In 1998, Robert ‘Robbie’ Bilott sits with the law firm’s partners talking about upcoming cases.  His paralegal pulls him out of the meeting to meet with Wilbur Tennant.   Wilbur is a farmer from West Virginia carrying a box filled with videotapes.  He is furious because DuPont killed his cows and he wants Robbie to represent him.  Robbie is dumbfounded by Wilbur’s request.  Robbie is a corporate attorney for chemical companies.  He tells Wilbur to call a local attorney and begins to walk away.  Wilbur mentions his close ties to Robbie’s grandmother and catches Robbies attention.  Robbie agrees to come down to his farm and check things out but makes no promises to represent him.  After visiting his grandmother, Robbie heads to Wilbur’s farm.  Wilbur has 2 cows on the land and dozens of mounds of dirt.  Under each mound is a cow he buried.  After the mounds took up too much of the property, he started cremating the cows.  Wilbur has lost 190 cows.  Next, Wilbur takes Robbie to the creek behind his home.  Robbie doesn’t see anything wrong.  Frustrated and furious, Wilbur points out that the rocks have turned white.  That can only happen if they have been bleached for a long period of time.  He knows something is in the water.  Robbie still defends DuPont and Wilbur shows Robbie his most damning evidence.  Swollen organs, rotting bones, and tumors all pulled from his animals.  Robbie can’t ignore it anymore.  When Robbie asks Dupont for its records for dumping chemical waste in the area, he finds a strange acronym in the documents: PFOA.  After requesting Dupont for more information about these chemicals, he gets a semi-truck full of documents.  Robbie is in the fight of his life for the lives of others.  But will all this fighting be the death of him?

Based on the article The Lawyer Who Became DuPont’s Worst Nightmare by Nathaniel Rich, you will leave the theater wanting to be tested for PFOA (a.k.a C-8).  Hearing the number of products it’s used in and how long DuPont knew it was making its customer sick will disgust you.  However, companies and the government continue these practices today.  It’s mind-blowing that Tennant’s case lasted for 8 years and DuPont did everything to discredit Wilbur, Robbie, and anyone else that got in the way.  DuPont even turned the town of Parkersburg on Wilbur by writing scathing reports about the family in the local paper.  Many in the town couldn’t believe the biggest employer and biggest benefactor would ever harm them.  But they did and the effects will be felt for decades to come.  Another heart-wrenching moment is seeing the real people who were hurt in the film.  They are your family, friends, teachers, neighbors, and children.  You know them.  What happened to them, and America, all for the sake of one company’s profits is shameful.