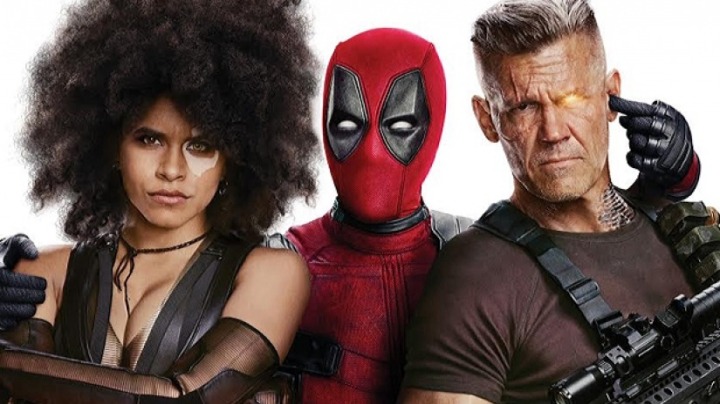 With the power of Deadpool, Wade’s mercenary work has gone international.  He travels to Hong Kong, Thailand, and more to kill worse bad guys.  But in a moment, Wade losses everything and wants to commit suicide.  After a failed attempt, Colossus picks up Wade’s pieces and brings him back to Xavier’s School for Gifted Youngsters.  Wade ignores Colossus’s invitation to the X-Men until Colossus repeats words Wade heard in a premonition. Deadpool becomes an X-Men trainee.  The first job is the Essex orphanage for Mutants.  A mutant called Firefist (real name Russell) is having a standoff with the staff.  As Deadpool talks to the kid, he realizes the child is being abused.  Deadpool decides to settle the dispute with bullets.  After being overpowered, Deadpool and Firefist are fitted with collars which impair their abilities.  Firefist sees him and Deadpool as a team but Deadpool wants to be left alone to die.  Firefist holds out hope until a man blast through the prison with a metal arm.  Cable had come back from the future with one goal.  Kill the kid to save the world.  During a battle between Cable and Deadpool, Firefist hears Deadpool say he doesn’t care about him.  Heartbroken, Firefist becomes friends with the biggest guy in the yard.  Not for protection but to exact revenge on the staff that abused him.  Once Deadpool knows the Firefist in trouble, he will do anything to save him.   But Deadpool knows he can’t stop Cable on his own.  It’s time to get X-Force together and make the chimichanga.

While it’s hard to believe Deadpool could be topped, this one does it with more wit, battles, and visual effects.  Like it’s predecessor, Deadpool knows this is a movie.  Deadpool goes into detail that this movie is a “family” movie.  And of course, most family movies start with a murder.  Don’t they?  This movie pokes fun at itself, Marvel movies, the DC universe, and Frozen (FTC Affiliate Disclaimer).  It even takes a swipe at Logan for riding its coattails and creates an HFS opera.  The visual effects are creative, daring, and awe-inspiring.  While the dialog is unlike any other.  Deadpool continues to be in a class by itself with this sequel.  While paying homage to Stan Lee, it steals a classic scene from Basic Instinct and provides an ending no one will see coming (FTC Affiliate Disclaimer).  It’s going to be impossible to top this.  Oh and stay past the 1st end credits, not the second.  Deadpool will be doing what we have all wanted to see him do.

Give him a chance – Negasonic Teenage Warhead

Is your hand small again – Alice

I should go back to the car – Dopinder

They both have handles – Weasel

I have something in my jail wallet – Firefist