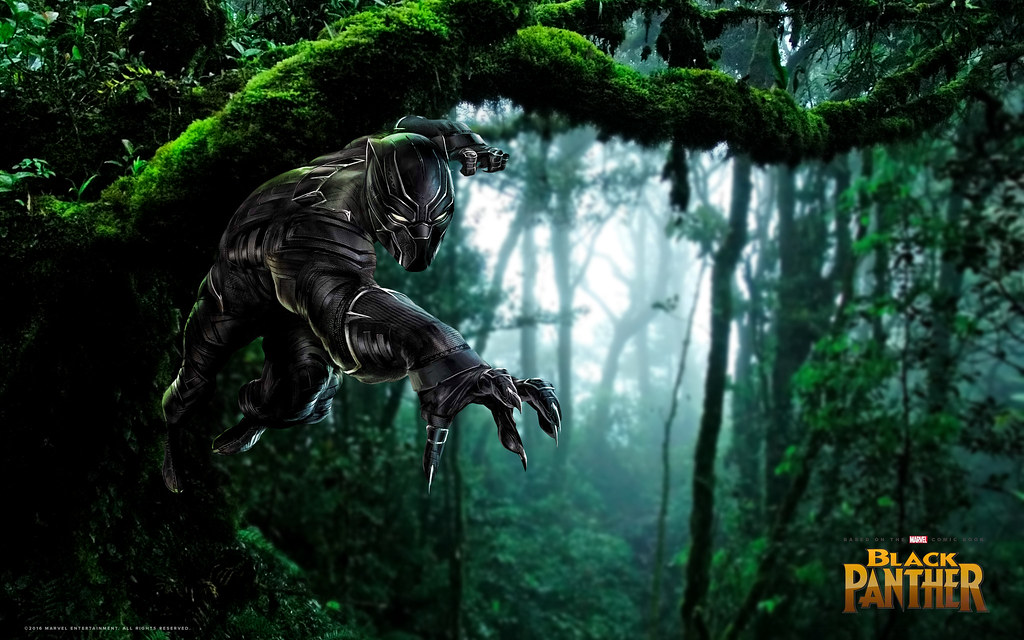 After watching his father T’Chaka die at the U.N. conference, Prince T’Challa isn’t worried about becoming the king.  He is saddened to do it without his father.  However, his mother Ramonda tells T’Challa his father has been looking forward to the day his son would take the throne.  However, before he can take the throne, other royals from other tribes are allowed to challenge him to a fight.  Stripped of his Black Panther powers, T’Challa is challenged by a member of the Jabari tribe.  In a battle of strength and wit, T’Challa wins.  He is graced with the Black Panther power again starts his rule.  His rule’s first threat is the theft of one of their vibranium relics by Ulysses Klaue.  Decades ago with the help of T’Chaka’s brother N’Jobu, Klaue snuck into Wakanda.  Klaue stole a large stash of vibranium and set off a bomb that killed many Wakandans.  T’Challa and the Wakandans have been looking for him and feel this is their chance to make him pay for his crimes.  T’Challa, Nakia (his ex), Okoye (his general), and Shuri (his sister and technical designer) go undercover to find the relic and Klaue before he can sell it to an American buyer.  After a long fought battle on the streets of South Korea, they believe they have Klaue in their clutches.  But he is aided in an escape by a masked man.  T’Challa notices something special about this man, he is wearing the same royal ring T’Challa wears.  This masked man will bring chaos to Wakanda with the hope of world domination. But it’s the masked man’s history that will leave T’Challa questioning everything he knows about his father, their history, and Wakanda’s place in the world.

Wow.  Just Wow.  The attention to detail in each costume, makeup, and scenes will leave you in awe.  This complex storyline will leave you choosing sides like Professor X and Magneto.  Both men want Wakanda to thrive but have different paths on how it should develop.  One man believes the tradition of keeping Wakanda’s abilities a secret because the world can not handle it, should continue.  He wants to help by defending other nations when needed but always in secret.  The other man wants Wakanda to thrive by sharing its knowledge, those who don’t yield will be broken.  This movie covers issues of colonization, self-help, and community/global involvement.  While 3D is not needed to enjoy this film, Dolby is a must.  With everything to love about this movie, the beginning felt extremely rushed.  It when through Wakanda’s history and Erik’s motivation in 10 minutes.  It was a lot to absorb.  10 more minutes to allow the viewers to delve into deeper should have been granted.  This should go without saying but stay past the end credits. And don’t worry, Stan Lee makes the party along with Eric Killmonger’s mask.  Also, if you miss the first 10 minutes of the movie, you will miss everything.

This never gets old – Black Panther

Show him who you are – Ramonda

For Wakanda, without question – Okoye

This corset is tight. Let’s say with get this over with – Shuri