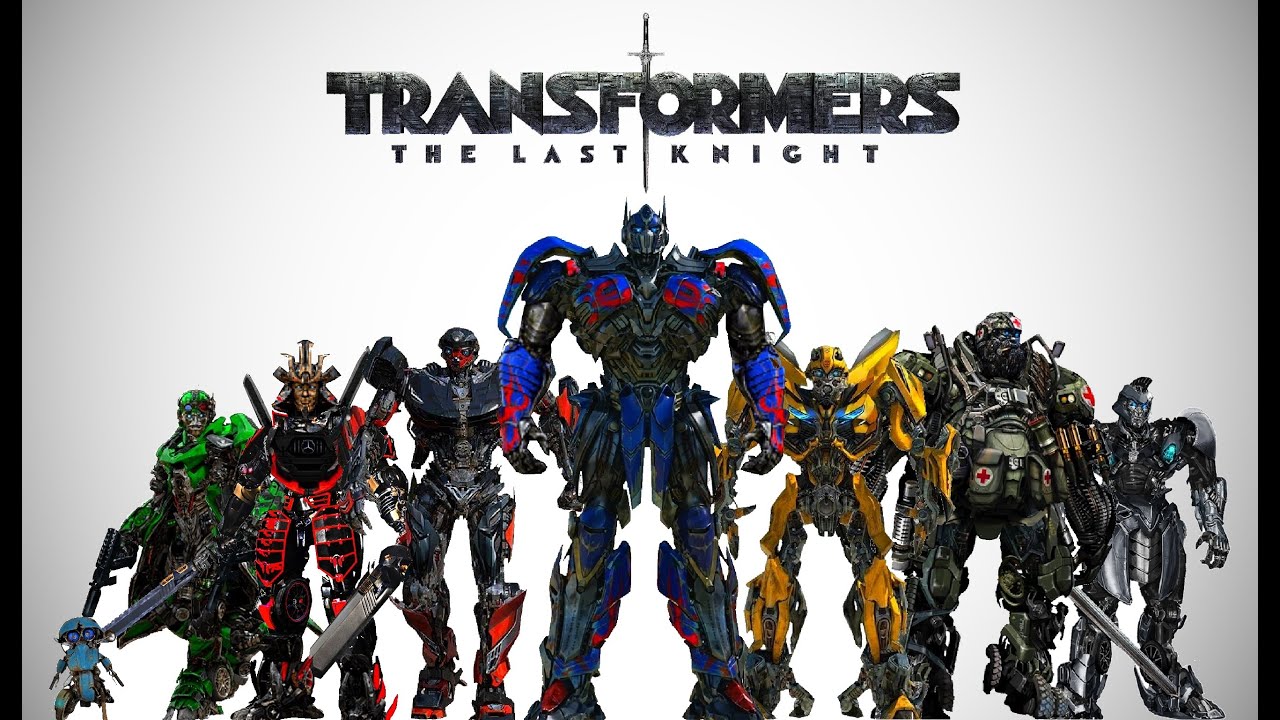 1600 Years ago, Lancelot waited for Merlin, his magician. While Lancelot’s knights tried to urge him to leave, he trusted Merlin’s magic to help them defeat their enemy on the battlefield. Merlin went to a cave and shouted for help. A transformer appeared and gave Merlin a staff. However, Merlin is warned that in the future, someone will be coming for the staff. Fast forward to today,

A few kids go into an off-limits area of Chicago to see dead robots. They discover a transformer being protected by Izabella (only 14). She helps the kids but her transformer is detected by the TRF. When the Transformer is shot down, Cade Yeager steps in to help the kids escape. Cade discovers a fallen Transformer Knight that attempts to give him a talisman. Cade says no but the talisman follows him, along with Izabella. It’s not long before Megatron gets the word that Cade has the talisman and he starts looking for Cade. During this, Optimus Prime crashes onto another planet and meets his maker Quintessa. She warps his mind and makes him believe that Earth (which they call Unicron) is the enemy and must be destroyed. When the Earth is gone, Cybertron can reside in its atmosphere. The only obstacle standing in Quintessa’s way is the staff. She needs the staff to complete her mission. So Optimus Prime is sent to find talisman and bring the end of the earth. In England, a young professor, Viviane is working hard to teach her students and maintain her father’s legacy. While she believes these stories are all fake, she will soon learn that she is tied to it all.

A blockbuster start killed by a lackluster ending.  Starting with a huge battle in the 1600s, that looked real and grabbed your attention in 15 minutes, fizzled out with the final battle.  While the new transformers were funny and jumped out on the screen with personality and smooth (albeit mechanical) mechanical movements, it just wasn’t enough to wow the viewer.  Even the comic relief of Jerrod Carmichael and Cogman could help.  Nor could hearing Bumble Bee’s voice for the first, as well as second, time.  The final fight scene just dragged on far too long.  This movie should have been 2 hours max and the same point could have been conveyed.  Even Shia LeBeouf’s cameo, the musical score, and CGI weren’t enough to save this film.   The end is the biggest killer.  Save your money and watch it on Red Box.

I’m tired of people messing with me – Bumble Bee

Yes but from you, it sounds vaguely racist – Chief Sherman

They just killed the only thing I call family – Izabella

The late 60s are not ancient history – Cade

What any human would? To go home – Megatron

You could ask me about my work – Viviane 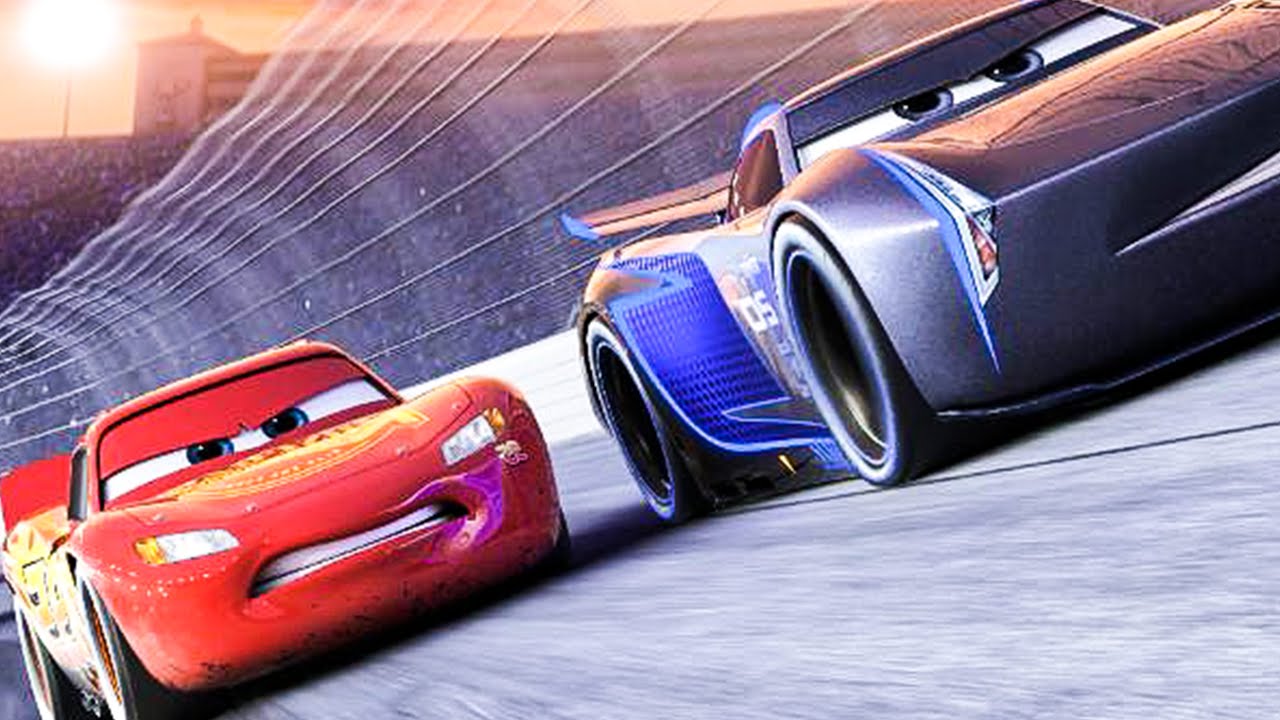 Lightning McQueen is at the top of his game and loving every moment of it.  That is, until the Piston Cup.  Lightning is passed by Jackson Storm, a younger, faster, and souped-up race car.   Lighting brushes off the loss and prepares for the next race, while other cars are discouraged and retiring.  Once again, he is nose to nose with Jackson in a race.  However, not only does Jackson beat Lightning, but he causes Lightning to crash.   Lighting is out for the season and it’s not sure if he will return to the racing world.  Lightning doesn’t want to be forced into retirement like his mentor Doc.  He wants to do it on his own terms.  So Lightning makes an agreement with Sterling.  If he wins his next race, he can keep his endorsements and race when he wants.  If he loses, he will retire.  Lightning starts to train with Cruz Ramirez but doesn’t like her training style.  She wants to train with technology, but Lightning wants to get his wheels dirty and go in the sand and mud.  Cruz tries to work with him but can’t keep up.  He realizes he is spending more time training her to train him, instead of training himself.  Out of frustration, he decides to enter a local race in disguise, but he doesn’t know that the race is a demolition derby.   With a few mishaps, Cruz is entered in the derby too.  At the end of the derby and a huge fight, Lightning learns the truth about Cruz and her dreams.  With a pep talk from Mater, Lightning makes up with Cruz and heads the Thomasville, the hometown of his original trainer Doc.  Lightning talks to Doc’s mentor Smokey about not seeing a future without racing.  Then, Lightning learns that Doc loved racing but he loved something else even more.  Lightning is charged to face Jackson and win, but also he is driven to do something new.

It’s better than the second, but nothing can beat the first (FTC Affiliate Disclaimer).  While the second dealt with espionage and performance enhancing, this movie focuses on Lightning feeling slower but not older.  While older model cars are retiring and newer cars depending more on technology, Lightning wants to keep it old school and get his tires dirty.  This is a struggle within the generation gap today.  This is the message adults will understand from this movie.  The kids will get the message of believing in yourself despite what label others give you from Cruz’s story.  While she is female, they really don’t push gender bias as a reason for this character’s lack of success.   She doesn’t believe in herself and her family reinforced that disbelief.  Gender as a hindrance was only discussed when Lightning and Cruz spoke to the pioneers in the field.  This is a source of inspiration for Cruz to continue racing.  These messages are what make the movie great and believable.  This movie great for the whole family, but no need in 3D.

Lighting McQueen. I am so happy to beat you – Jackson Storm

Think small. That’s what my family always said. Think small or not at all. – Cruz