All Eyez On Me – Review 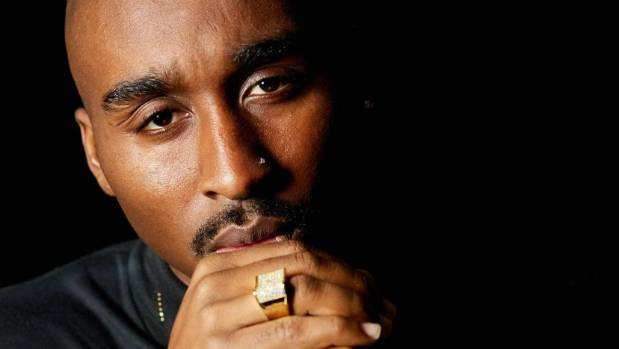 In 1971, The Panther 21 were released from prison. One of those 21 was Afeni Shukar. She was not only outspoken but she was 7 months pregnant. Later, Afeni and her two children, Tupac and Sekyiwa, were being watched by the FBI. They were following because the FBI was searching for Tupac’s stepfather Mutulu. After being raided, Afeni decides to move to Baltimore. Although Tupac and Sekyiwa dread the movie, Tupac will find his love and passion for lyrical wordplay and prose at the Baltimore School of the Arts. And while Tupac is getting lead roles, he develops a friendship with Jada Pinkett. With everything developing, Afeni decides she wants the kids to move to Oakland. Tupac learns that violence is everywhere but Oakland’s crimes are out in the open. In Oakland, Tupac connects with Leila, who gets him an audition with Shock G of Digital Underground. With a few bars, Tupac is on the road living the life. With his first deal signed, Tupac is on his way to becoming an icon.

Wow. Just Wow. Demetrius Shipp Jr. embodies Tupac not only in looks but in voice and mannerisms. Props and wardrobe studied Tupac’s style to get the look and tech right for each time period. During each time period, the composer and director made sure each song was right for the scene. Not just Tupac’s music but the top songs of that time. Also, this movie makes a great transition. The first half is Tupac narrating by way of interview. The second half occurs after he bailed out. It is impossible to view this movie without a feeling of dread. It’s a countdown to his life. This movie followed his movie career along with his acting career. You will learn several things about Tupac. And while it painted Tupac as a kind, intelligent, compassionate man; they didn’t polish him up to make him seem perfect. It’s those flaws that lead him down the wrong path. His biggest flaw was being loyal to a fault. However, missing this movie is a flaw.

Please don’t do anything stupid – Sekyiwa

On her last night at college before spending a summer abroad in Australia, Jess spends one crazy night with her 3 friends at George Washington University. She promises Alice, Frankie, and Blair that they will remain friends but their kids will play together. Ten years later, Jess is getting married and Alice is throwing a bachelorette party in Miami. While Jess wants to have fun, she is worried that getting too crazy will ruin her campaign to become a state senator. However, when Jess sees Alice at the airport, she knows that Alice wants to get wild and loose. Once in Miami, the girls meet up with Peppa, Jess’s friend from Australia. After a fun night, Blair decides to get Jess a stripper and Frankie provides. The girls head home and have some more fun when there is a knock at the door. It’s a really hot guy and that wants to go to the restroom then dance for Jess. But once he gets too aggressive, Alice takes over and accidentally kills him. They try to save him, but it’s too late. As they continue to figure what to do, there is another knock at the door. They realized the majority of the houses outside walls are made out of glass. They attempt to move the body before the pizza guy sees it. After a few slices and a few failed attempts of moving the body, the girls decide to call Blair’s uncle. At first, he tells them it was an accident and they will be ok. However, when he learns they moved the body and cleaned the scene, he tells them they can get 15 to life for tampering with a crime scene. They decide they have too much to lose so they must get rid of the body. Jess starts to panic and calls her fiance Peter. During the middle of the conversation, Peter asks “Do you still want to marry me”. Frankie grabs Jess’s phone and screams “No”, but Peter just hears no and believes Jess wants to break up. After discussing the issues with his friends at his bachelor party, he decides to drive to Miami and get Jess back. This happy couple is about to have a Rough night.

It wasn’t bad, but it wasn’t great. While the movie was very crazy, the scenes with Peter are the funniest. This isn’t as raunchy as other films, but it does have a lot of dirty moments. Don’t go into this movie expecting a pure comedy. It’s more of a “what will happen next” drama. You never know how bad it is about to get off the girls and how they will handle it. It is amazing that they were able to tie in the Marissa Alexander story, Joseph Oberhandsley story, Lisa Nowak story, and the Human Centipede movie in want film (FTC Affiliate Disclaimer). Now to answer the movies biggest question, you must stay to after the end credits. If you do, you will be treated to The Kiwi Song by Kate McKinnon. Yes, that is really her voice. So this is Matinee or Red Box, your choice

She’s delicious. I want that – Leah

When you got bread and veggie mite, you got yourself a meal – Peppa

I think there’s someone you should meet – Peter

Protest is a full-time job – Frankie