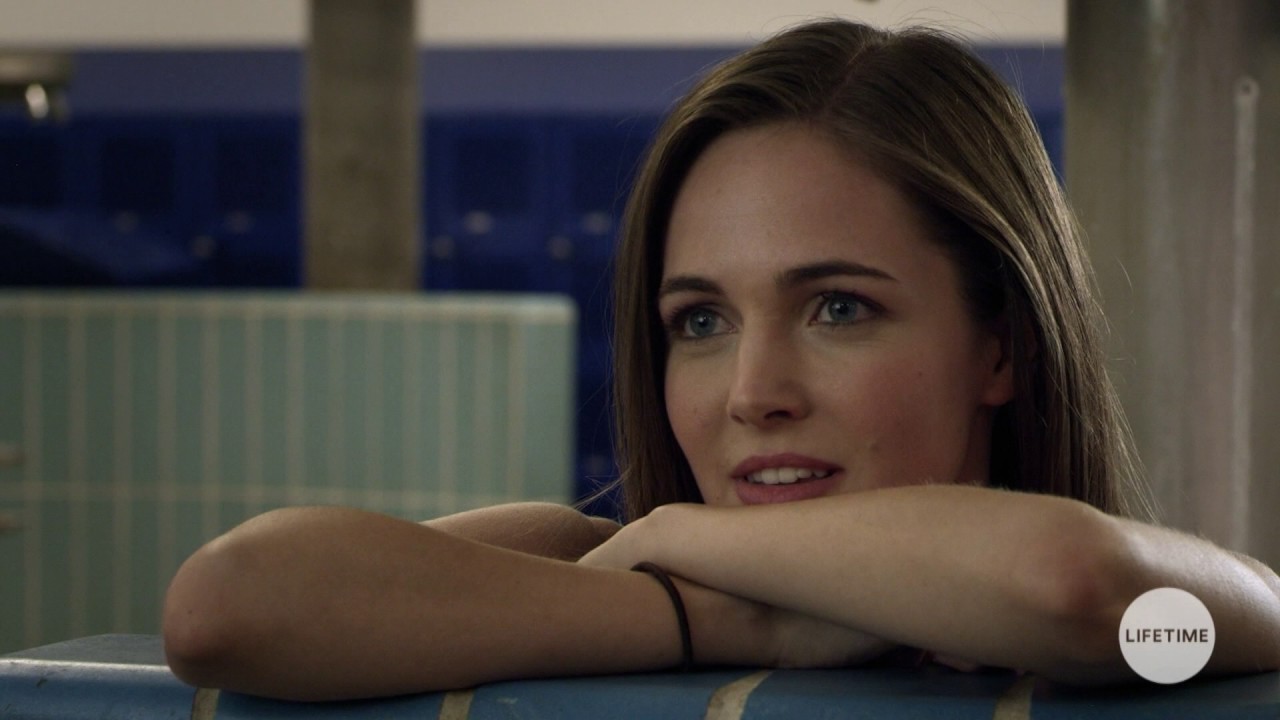 After her parents died in a car crash, Amber’s life is uprooted and she goes to live with her aunt, Kelly. The divorced, business owner, was not ready to be a mother, but is doing the best she can for Amber. She is supporting Amber’s soccer dreams and even gets to know Coach Dominic. As Kelly and Dominic get closer, Amber and her new friend, Maddie, are annoyed by the relationship. But when Amber is suspected of killing a young friend, Riley, Kelly is in shock. She knows Amber didn’t do it. The cops believe that the killer’s true focus is Coach Dominic or that he could be the killer. The truth will make everyone’s head spin.

This movie starts of creepy and keeps it going. Now, like most Lifetimers, you will be watching the clock for the first body to drop. It takes 40 minutes as characters develop and the crazy cranks up. But it is worth the wait. Yes, you will have to deal with bratty teens and clueless cops, but it’s fun to see the crazy unfold. The killer is not the mystery, the mystery is when will they figure out what’s going on. This movie does require you attention. So sit back, get your wine, and get ready to see some wild stuff.

I’m better off not knowing – Amber

Now, you get back to class and stop causing trouble, or I will suspend you – Coach Hendricks

If I got proof, would you believe me then – Riley

Tangled: Before Ever After – Review

Tangled: Before Ever After – Disney Channel – 1 hour and 5 minutes

It’s been 6 months since Rapunzel returned to her parents with the love her life Eugene. She will soon have a coronation to introduce her to the kingdom as it’s princess and future queen. As much as Rapunzel loves becoming princess, she feels a lot of pressure and wants to explore the world outside the castle gates. Her biggest hurdle, her father, King Frederic. He still has bad memories about losing his daughter, and will protect her at any cost. Rapunzel still has bad memoriess about being trapped in the tower, and wants to be free. One night, Rapunzel’s lady in waiting, Cassandra, helps Rapunzel hid from the guards and escape before her coronation. While on their adventure, a magical encounter causes Rapunzel’s hair to go from short and brown to long and blonde … again. Cassandra soon discovers her hair is now cannot be cut. She has to hid her hair from Eugene, her parents, and the coronation guests she will be meeting … in 2 hours. But that is nothing compare to what’s coming … Lady Kane. Lady Kane has been seeking her revenge for years and plans to get it at the coronation. Rapunzel’s life will never be the same.

Although this short movie does not have the animation quality of the original movie, it does create a great framework for the TV Series (FTC Affiliate Disclaimer). It stays true to the original characters and provides an new song kids will be sure to sing. This series will provide the tale of what happen between Rapunzel coming back to her marriage to Eugene … so BEFORE ‘happily’ ever after. It shows the viewers that happily ever after doesn’t happen overnight but overtime. With new characters, like Cassandra (a female Eugene), something new and fun is added to the mix. If the series is anything like this movie, there will be a second season.

Time to pay our respects to our lovely royals – Lady Kane

What you do when no one is looking, is your business – Cassandra

It means “there’s more in you” – Queen Arianna

After a passionate kiss, Mary quickly regrets kissing Trevor. She stops because they are both married, and Susan, Trevor’s wife, is her friend. Mary admits that she is only with Trevor, because she is tipsy and has doubts about her husband, Charlie’s, fidelity. She quickly retreats home only to find that Charlie came home extremely late, forgot their anniversary, and has scratches on his back. Charlie makes up an excuse and they continue with life. The next day Charlie, Mary, Susan, and Trevor have dinner. Mary’s suspicions are only intensifies, but when she gets a call from Charlie with deep breathing, she has to find him. She locates him and finds Charlie dead on the floor with a stab wound in his back. She vows to find his killer, but most of the townspeople are looking at her. Her reputation, family, career, and freedom are all on the line.

A Deadly Affair starts as a slow story of betrayal and leads into a murder mystery. The first 30 minutes are slow and predictable. While the mystery does point to many suspects, including Mary, but stick to your first instincts about the killer and their ‘why’. By doing the expected, the movie is a bit of a let down. The mystery is the best part of the movie, however the beginning and conclusion is ho-hum. If you watch this movie, use the first 30 minutes and the last 30 minutes as background noise. The time in between is a good watch and saves the movie.

I got pissed – Mary

They’ll buy whatever I sell them. I’m persuasive – Susan

I’m just not much of a reader – Charlie

I know what you did. Don’t make me tell – Crystal

I visit charlie today. You should visit him sometime – Mrs. Susan