How to Murder Your Husband: The Nancy Brophy Story – Review

How to Murder Your Husband: The Nancy Brophy Story – Lifetime – 2 hours and 0 minutes

Nancy Brophy is an aspiring romance-suspense novelist and married to chef Daniel (FTC Affiliate Disclaimer). He teaches at Oregon Culinary Institute and loves to cook delicious dishes at home. He encourages Nancy to pursue her passion and read her books in bed before making love. She meets with other writers weekly, and they read excerpts from their books and get honest feedback. Her friends tell Nancy that her first chapter is bold and an improvement, but they find issues with her story. And publishers echo their statement with one rejection letter after another. When Nancy second-guesses her dream, Daniel tries to appease her, but it doesn’t work. She reveals they are on a financial cliff, but he isn’t concerned.

Nancy goes to their friend, insurance actuary Joe, to get a loan against their life insurance policy. Joe advises Nancy that this is a bad idea that could do more harm financially than help. He offers Nancy a job in sales, but she says no. She goes home and prays not to work a 9 to 5 with a cubicle. She asks Daniel to get a job as a private chef for a tech billionaire. Daniel refuses because that job is soul-crushing for him. Instead, he offers to take a senior center job to compensate for their shortfall. Nancy hugs her husband and dreams of having a new house, a published book, and a trip to Portugal. When Daniel’s second job doesn’t fill the deficit, Nancy takes the sales job and starts to plot a way to get out without Daniel.

Based on a true story, Nancy is full of envy, greed, and pride. She envies her brother, Mark, who makes a good living as a lawyer, but he has cancer. Nancy spends to appear wealthy and never wants to work to make more money. Instead, she insists Daniel should do better and more. Nancy must be the topic of conversation and the center of attention. She never sees her shortcoming in life and her writings. This shortsighted behavior is her downfall. Daniel was a great husband that loved Nancy, cooked, and appreciated her passion. He didn’t deserve to die. Daniel believed in Nancy and did everything to make her happy. Anytime he spoke up for himself, he quickly apologized for yelling and speaking his truth. Nancy is an entitled narcissist that gets what she deserves in the end. The actors are terrific and connect viewers to the characters, but Nancy’s past needs more attention.

I knew I married the right woman – Daniel

I’m glad you think beggers can be choosers – Nancy 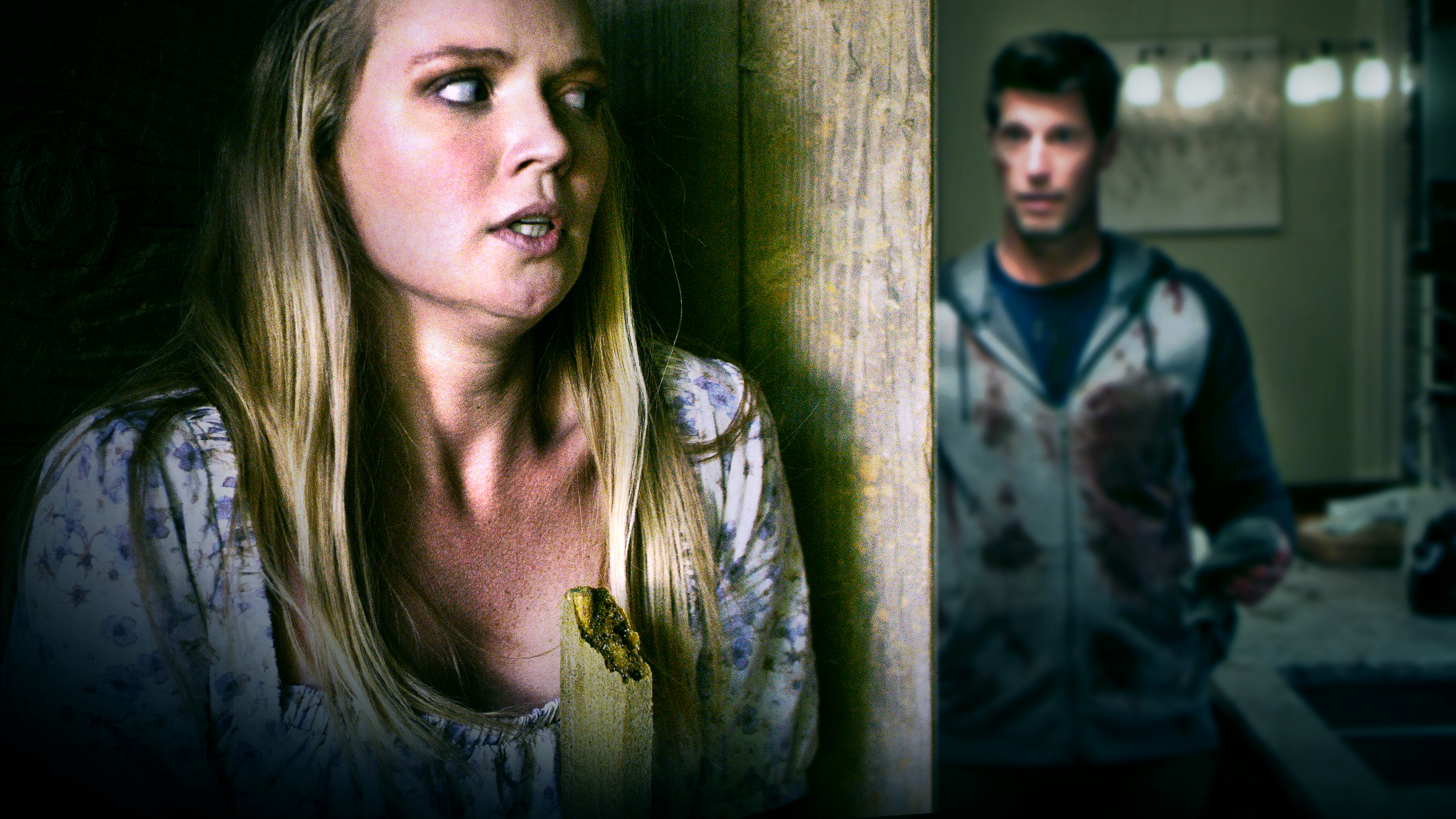 Local news investigator Maddie presents her editor, Rachel, with a potential new story. She looked into three murders and discovered the women had similar features. She thinks the same person killed all three women, and their city is in the killer’s path. Maddie believes the killer will strike again in their town. Rachel doesn’t think Maddie has enough evidence for a story and tells Maddie to focus on her current tasks. Maddie can’t shake the gnawing feeling because someone kidnapped and killed her youngest sister, Abagail, while she and her younger sister, Olivia, played in the park as children. She constantly watches over Olivia like a hawk. Maddie and Olivia plan to go to Abagail’s grave later.

Olivia calls Maddie because someone broke into Olivia’s home and attempted to attack her. Maddie runs to Olivia’s house to find Olivia arguing with her landlord, Todd. Olivia wants security bars on her window, but Todd refuses because she is behind on the rent. Maddie offers to pay, but Maddie feels it’s not enough and offers to let Olivia move in with her. Olivia agrees, but only if Maddie doesn’t spy on her. Maddie reluctantly obliges. Later, Maddie thinks they should take self-defense classes. And Olivia begrudgingly agrees.

Olivia has an instant attraction to their instructor, Haden, and exchanges numbers after the first class. Maddie keeps an eye on him, but she meets strange men on an app for random hookups. She bends over backward for Olivia’s safety but never regards hers. This choice is a mistake because the killer is watching their every move. The murderer wants to make Maddie or Olivia the next target.

Maddie is the human embodiment of ‘do as I say, not as I do.’ The body count is low if you don’t count the three murders in the beginning. The movie tries to make the killer’s identity a mystery, but it’s too obvious. And the protagonists’ glaring mistakes will make you lose sympathy for their characters. Lifetimers should put this movie on the back burner for a rainy day.

Excuse me. Don’t call her sweetie, okay? Especially if you want something from me – Maddie

Do you promise not to mother me – Olivia

I’ll take care of you – Haden

Sophie is a forensic genealogist who finds long-lost loved ones with her business partner, Esme. Sophie grabs a box of mementos from her bookshelf and contemplates opening a package from her deceased mother. Sophie’s biological mother left Sophie on the firehouse doorstep. The captain and his wife adopted Sophie. Her adoptive mother packaged items from Sophie’s biological mother with a note. But she didn’t want Sophie to open it until Sophie was ready. Sophie gets a text message from her best friend, Jonathan, while looking at the package. Jonathan lets Sophie know he is on the way with food.

Sophie lovingly scolds Jonathan for being late, and they eat. Jonathan informs Sophie that his leukemia is back and he needs a bone marrow transplant. He hopes his mother, Dorothy, and fraternal twin, Jackson, will be a match. Sophie tells Jonathan she will get a match test in the morning and be by Jonathan’s side.

Sophie arrives at the hospital to see Jackson finishing his test. Their friend, Dr. Winston, will get tested too. Sophie knows Winston has a crush on Esme, but he gets tongue-tied each time he sees her. Sophie and Jackson take a walk and talk about Jonathan’s prognosis. Jackson is an EMT, so he knows he and Dorothy have a 25% chance of being a match. Dorothy hopes it will be Jackson.

Later, Sophie sees Dorothy on the street, and Dorothy asks to talk to Sophie. Dorothy worries that she and Jackson won’t be a match and that an immediate family member is the best option. The only other family member is the twin’s father, Clark. And Dorothy wants Sophie to find him. Sophie doesn’t understand because Clark died before Dorothy gave birth. Dorothy tells Sophie the police never found his body, only his car in the water after it fell off the bridge. Years later, Dorothy’s friend, Anna, saw Clark in another city and wrote Dorothy a postcard to inform Dorothy. Dorothy gives Sophie a wedding picture with Clark and Clark’s sister, Jessie. Dorothy offers to pay Sophie to find Clark and begs Sophie to keep it a secret from Jonathan, Jackson, and her current husband, George. But Sophie won’t take her money or keep her secret. She implores Dorothy to tell her family as soon as possible so she can do a thorough investigation. Looking into Dorothy’s family secrets to save Jonathan’s life will bring Sophie closer to Jackson and herself.

Based on A Family History Mystery series by Brynn Bonner, this movie gives the ups and downs of discovering family history (FTC Affiliate Disclaimer). For years, Jonathan and Jackson believed Clark had died. When they learn he could be alive, Jackson wants to search, but Jonathan desires nothing from Clark. The writers give the sons realistic views on finding the truth about Clark. Movies often gloss over the heartbreak in genealogical searches, but this plot unapologetically delves into each emotion. The overarching story is about Sophie finding her birth parents, but she needs to see Jackson and Jonathan work through their issues to get the guts to start. This film is a terrific starting point for HMM’s new series.

What? That you’re coming over with a very large Q-tip – Jonathan

Are you asking me out on a date – Esme 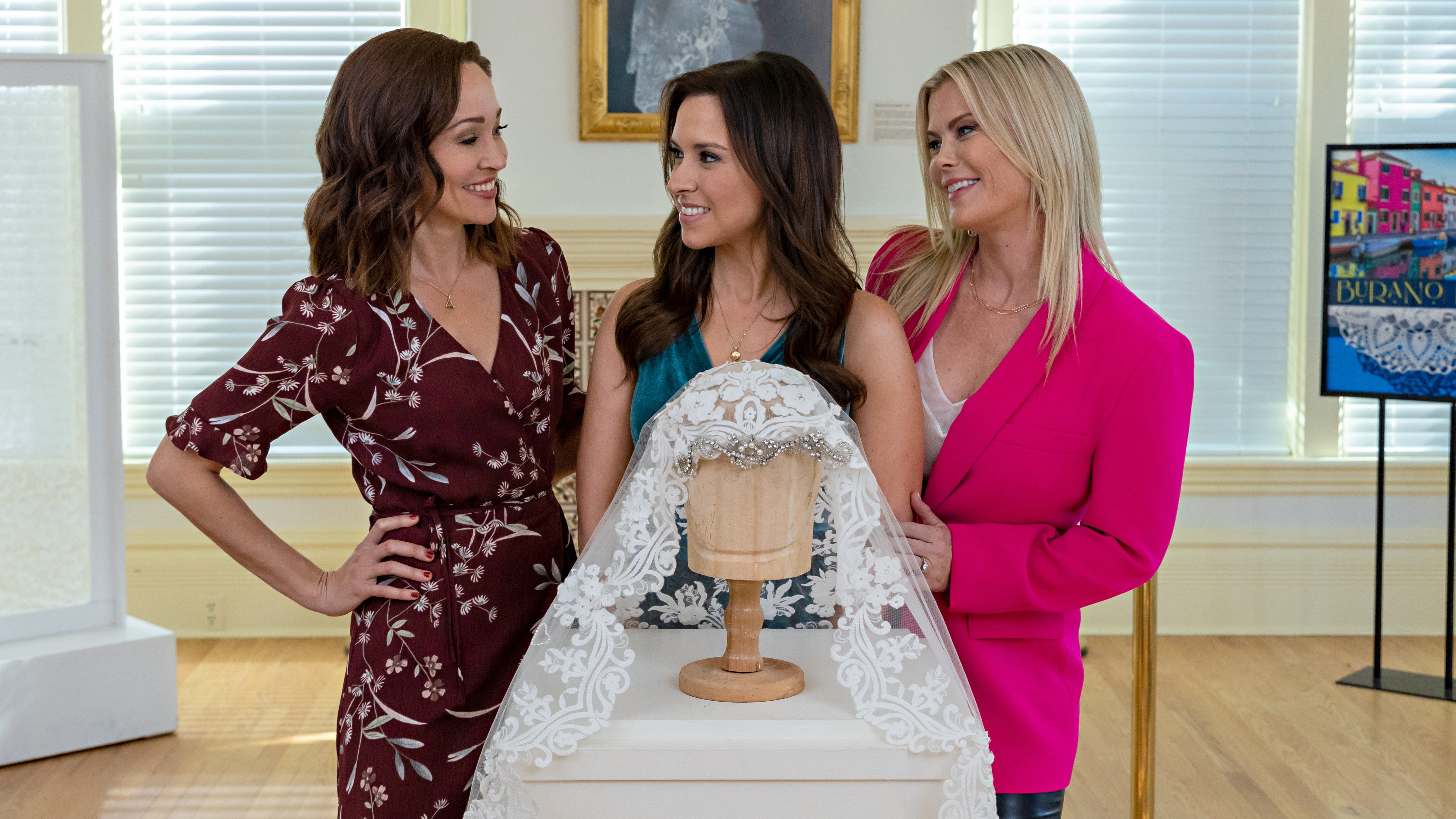 Avery and Peter bought a beautiful home that needs a lot of renovations. So, Peter’s mother, Grace, recommended her contractor, Sam. Sam always has good and bad news. Tracy and Emma come back with the veil and the christening gown. Avery will put the lace veil on display with the painting. However, Emma believes the christening gown was a hint from her in-laws. They get together for lunch and wine because they haven’t seen each other in a year, but this doesn’t count as their annual antiquing trip.

When Avery doesn’t drink wine, Tracy and Emma ask if Avery is pregnant. Avery says no. But sadly, she and Peter got a false positive that broke their hearts. Avery can’t wait to be a mom. Before Tracy and Emma leave, the women decide to make their next antiquing trip to New Orleans. Avery returns to work and learns they have a new executive director, Mason. Tracy worked with him in the past and described him as opinionated. Mason’s first order is to exchange five exhibits with another museum for 5 of theirs. And he wants Avery’s painting in the offer. As Mason talks, Avery starts to feel sick. She believes she is pregnant but wants her doctor to confirm. As Avery worries about construction, a baby, and the painting, Grace finds love with the veil in her hand. The widow’s old flame, Clark, spots Grace and Avery shopping for furniture. And they make a date to meet later. While Avery is thrilled, Peter is not. Avery will need her friends to handle everything around her.

Based on There Goes The Bride by Lori Wilde and the fourth installment of The Wedding Veil series, this addition brings magic and honest marriage strife into the plot (FTC Affiliate Disclaimer). Avery sees that a wedding is one day, and marriage is work. She has to juggle Peter’s bad days, Grace’s new love, home repairs, and morning sickness. It wears her rose-colored glasses thin. Avery can’t fake a smile but learns to lean on her husband and friends for help. In keeping with the storyline’s magic, the veil blesses another relationship. And the plot keeps its humor because the women joyfully poke fun at each other. And let’s not forget The Clapper moment. While it is a source of laughs, it’s a sign that Avery’s marriage is out of step. Enjoy this next installment in the series.

There’s another man in my life – Avery

Your baby daddy and the other man are getting along – Tracy

He is going to be so excited – Emma