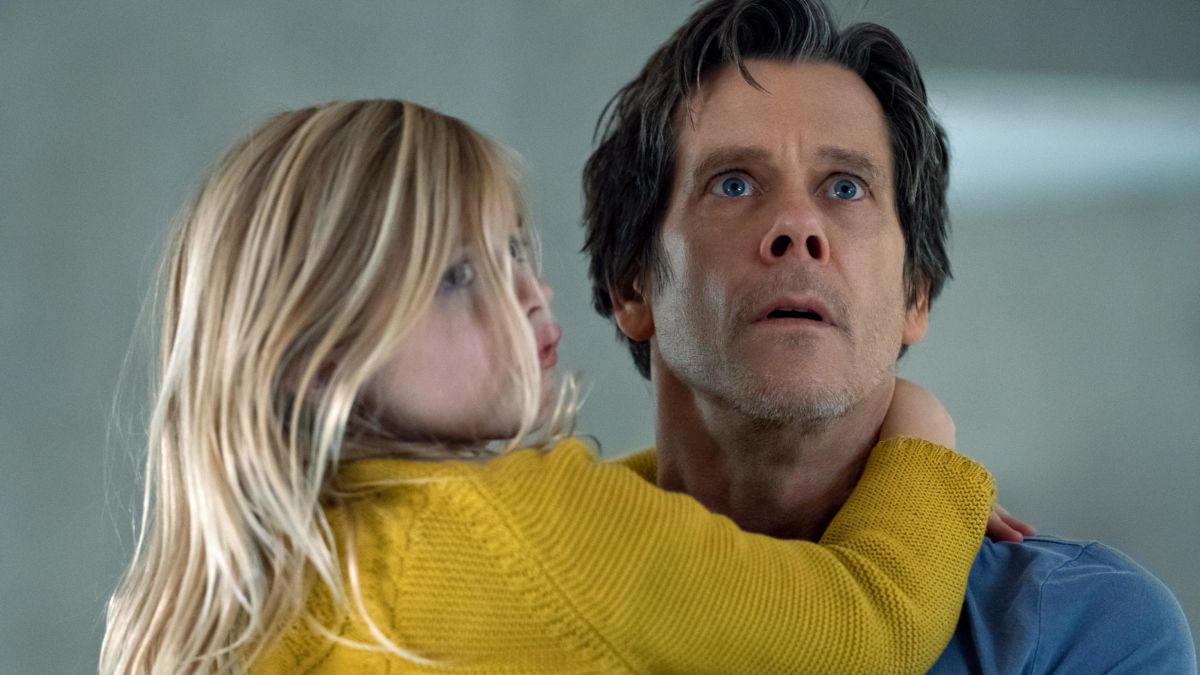 Theo is having intense nightmares about his past; although he is trying a meditation app to help, the dreams are not getting better.  He goes to his wife, Suzie’s, movie set and the security guard won’t let him past the gate.  But Theo can hear Suzie performing a sex scene.  Later, Suzie feels awful that Theo had to listen to the scene because Theo has trust issues.  Theo accepts her apology, but he tells her that’s not what’s bothering him.  He believes the security guard recognized him.  Years ago, Theo was the suspect of his first wife, Caroline’s, bathtub drowning.  Theo declares his innocence.  And Suzie believes him. She says they should take some time and get away before she starts her next movie in London.  So, she rents an Airbnb in Wales (FTC Affiliate Disclaimer).  Theo, Suzie, and their daughter, Ella, love the large home.  Then, Theo notices the house looks a lot bigger on the inside than it does on the outside.  The house, while beautiful, is having the wrong effect on Theo. His nightmares are intensifying while his trust issues are growing.  He opens his journal to write his feelings.  Inside it reads, “You Should Have Left.  Now It’s Too Late”.  They didn’t choose the house; the house chose them.  And this house will never let them go.

Based on the novel You Should Have Left by Daniel Kehlmann, You Should Have Left is more of a thriller with a mix of a mystery than a horror movie (FTC Affiliate Disclaimer).   It does drag but uses nightmares to scare the audience and foreshadow events to come.  While the house is weird with interior 5 inches bigger than the exterior, reappearing doorways, and endless hallways, it feels more like the Relativity lithograph than an engaging movie.  Now, one issue has risen from this film, Suzie being much younger than Theo.  While some may have wanted a more mature actress, it’s more appropriate for the movie.  In real life, the second wife of an accused killer is often much younger because they are naive or like the danger.  Nevertheless, this movie is not worth the home premiere price tag.  Buying this movie is not recommended until it’s in Red Box, then rent it on Vudu.

Not if I can help it – Theo

I’m not supposed to do a lot of things – Suzie