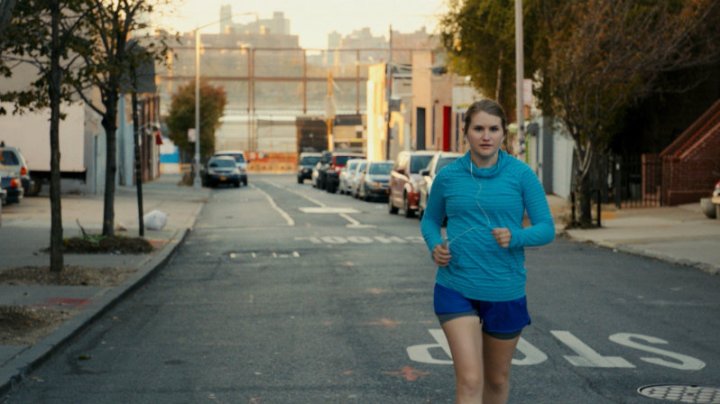 Brittany, 28, wakes up at noon, works as a greeter for a local theater company, drinks, does drugs, eats crap, and smokes weed.  She tries to score Adderall at the doctor’s office but the doctor is on to her scheme.  Instead, he tells her to eat right, sleep better, lose 45 to 55 lbs, and supply her family’s medical history when she comes back for a follow-up.  With a little effort, Brittany attempts to run around the block.  She makes it but cries on her apartment floor.  When Catherine hears Brittany crying, she tries to help her. Misguided, Brittany thinks Catherine is there to gloat about her life but she invites Brittany to her running club.  At first, Brittany says no but she shows up.  Much to Catherine’s delight.  During the first run, Brittany meets Seth.  The married, father of two, wants to be healthier for his sons.  They start running regularly. Catherine tells Seth and Brittany she signed up for the New York Marathon a few years ago but had to drop out because she got pregnant.  Brittany has an epiphany.  They should run the New York Marathon together.  Since entering the marathon isn’t free, Brittany takes on a second job to pay the lottery entrance fees.  Running this marathon gives Brittany a purpose, guidance, and strength but will it change her attitude towards herself and others in her life?

Brittany must learn running the marathon isn’t about her weight or even winning.  It’s about setting a goal and accomplishing it.  When a setback hurts her physically and mentally, the old Brittany rises to the surface and lashes out.  While it’s rough to see Brittany make this decline, it’s realistic.  In this inspiring film of self-discovery and determination, you are treated to a romantic comedy.  Brittany finds love with Jern, discovers a real friendship with Seth and Catherine, and fortifies her bond with her sister and brother in law.  This movie is smart and funny while challenging the new social norms of acceptance.  With so many quick-witted, genuine responses, it’s easy to believe the actors were allowed to adlib most of the scenes.  Watch this movie and be inspired to try a 5K of your own.

Guess you totally missed the point of those Dove ads – Brittany

I think you call me Money Bags Martha – Catherine

My family wanted to adopt a white girl, so they go her – Jern

Please Note: This review is only about the movie, not a comparison to the book. 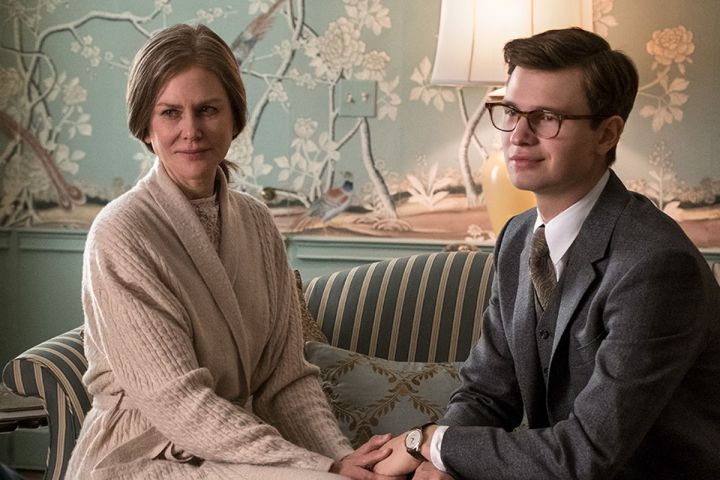 Detectives knocked on the Barbour’s door.  They have Theodore Dexter with them.  After waiting for his mother to come home, he finally called the hotline posted on TV for help.  Hours ago, Theo’s mom was killed while they were in the Metropolitan Museum.  He was looking at a painting and his mother left his side to see another art piece.  Someone detonated a bomb killing dozens inside.  Theo woke up on the floor and found Mr. Blackwell dying.  Mr. Blackwell makes sure Theo leaves with 2 things.  First, his ring with his store’s name, Hobart & Blackwell, inscribed on it.  Once, settled with the Barbour, Theo searches the store and finds Hobi.  He restores and sells antique furniture.  After the blast, Hobi is taking care of Blackwell’s niece Pippa.  Theo remembers she was at the museum during the blast.  For a split second, they stood side by side.  However, Pippa doesn’t remember.  She will be leaving Hobi soon to live with Blackwell’s estranged wife in Texas.  Second, with his dying breath, Blackwell tells Theo to take the Goldfinch painting and keep it safe.   No living soul knows this 13-year-old boy has a painting worth millions.  During his stay with the Barbours, Theo privately clings to it during moments of despair, like a liferaft.  When living in New York with the Barbours, it starts to feel like home. Then Larry and his girlfriend Xandra come to the Barbours to take Theo to Las Vegas to live with them.  Larry is Theo’s father but their relationship fell apart when Larry abandoned him.  Instead of returning the painting, Theo takes it with him to Las Vegas.  Currently, on a path of sadness and depression, this movie will solidify Theo’s detour to drug addiction, alcoholism, conning people, and suicide.  Just to figure out life.

Based on The Goldfinch by Donna Tartt, this movie has a lot of moving parts and jumps timelines (FTC Affiliate Disclaimer).  So if you arrive late, you will miss crucial signals and clues in this movie.   You will only see the Goldfinch painting and Theo’s mother a few times in this movie.  It’s to help draw a comparison between the two.  Both are priceless, beautiful, and unreachable.  The actors did an elegant job displaying a depth of emotions.  However, the movie did hit a few lulls.  However, it picked up whenever Boris and Theo hit the screen together.  If you like intrigue with a few gangster moments, this cinematographic gem is a must-see.

I don’t need to tell you about lost – Samantha

You never opened it – Boris

No one will ever make you leave, both of you – Hobie

What’s wrong with you – Xandra

Look at us now. Almost exactly like people – Kitsey