Angie sits at home with her little sister, Maddie, and waits for their parents.  Once again they are late, so Angie has to miss the party.  The next day, Angie walks with Maddie.  Maddie says she wants ice cream, so Angie pulls out her ukelele and sings for money.  Mario walks up to her and requests a song for $5.  Angie plays for him and buys ice cream.  When Mario spots Angie in the park again, he tells her he has an uncle that hires singers.  Angie doesn’t think she is good enough but considers meeting up for an audition.

After her school recital, Angie’s parents forget to attend or pick her up.  So Angie calls Mario.  Mario tells Angie he will take her home, but his uncle lives down the street and wants to hear her sing.  Angie agrees to go.  Angie walks into a room with Deacon and Ida.  Ida puts some makeup on Angie to add a pop of color, and Deacon walks her to the back.  Mario tries to go with them, but Deacon says no.  As Angie starts to play for Rob, Deacon turns on a camera and leaves the room.  Rob gets up and sexually assaults Angie.  When Angie wakes up, Ida names her Angel and threatens to expose her assault if Angie tries to leave.  Angie is a victim of human trafficking, and escaping will only be 10% of the battle.

For survivors, some scenes can be triggering.  So, think twice before you watch.  This movie stands out because it doesn’t give a flowering end to escaping this modern-day slavery.  You witness survivors struggling with reconnecting with family, working with the police, and finding their voice.  And with physical or mental threats, some go back to their captors.  Writers used information from survivors to capture how these monsters operate.  These vile creatures lure young people into a trap using auditions, jobs, or other vulnerabilities.  When watching, remember that Angie is a teen in a horrific situation.  She makes mistakes out of fear and trauma.  This movie is honest because everyone doesn’t have a happy, clean-cut ending.  For more information, visit Unitas, R.O.S.E., or C.L.I.M.B.

I really believe in you, Angie – Mario

It won’t hurt so much after a while – Zoe 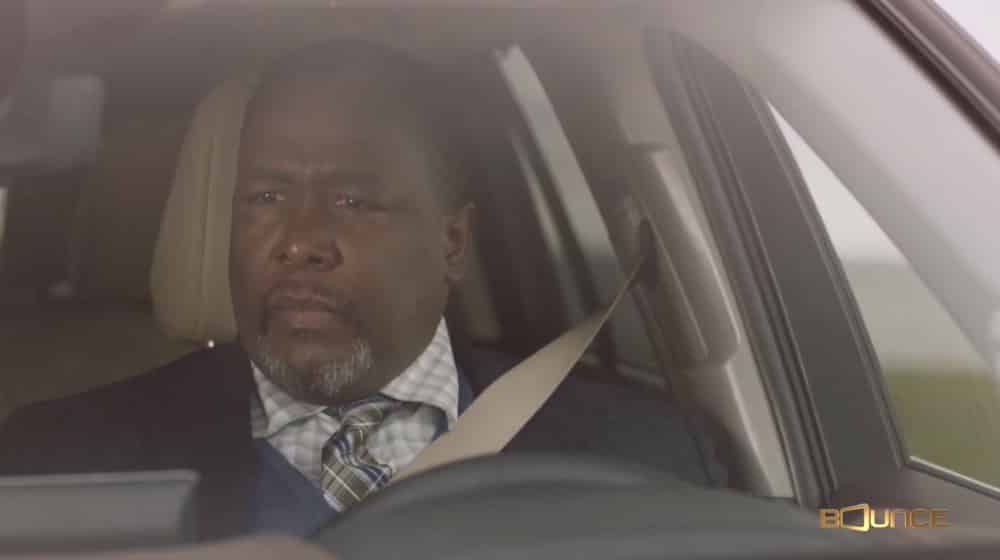 Tracy reminds her husband, Chris, that their daughter, Sarah, will attend a spiritual retreat.  While she will be connecting with nature, Chris worries that Sarah will use drugs.  Tracy tells Chris to relax and let Sarah have her fun.  The next day, Chris finishes his lecture on mouth breeders and gets in his car.  He gets a call from an unknown number and ignores it.  But he picks it up the second time.  The caller tells Chris that they have his daughter.  Chris must pay $10,000 to get Sarah back unharmed.  If Chris alerts anyone or hangs up, they will kill Sarah.  Over the next 24 hours, Chris will go to hell and back for Sarah while trying to keep Tracy in the dark.

This movie shines a light on a dark phenomenon that has gained momentum over the years.  This crime (click if you want a spoiler) happens because so much information is readily available with a mouse click.  With oversharing on social media, criminals know your family and when you are out of town.  This availability makes people prey.  While it’s easy to play armchair detective while watching, being in this situation in real-time is different.  This film may seem outlandish, but it happens to people every day.  So don’t disregard the fear and panic Chris emotes on the screen.  Watch this movie and make a plan with your family.

Don’t ruin this for me.  It hasn’t even started yet – Sarah

Oh no, I am not through – Chris

What is going on with my husband – Tracy 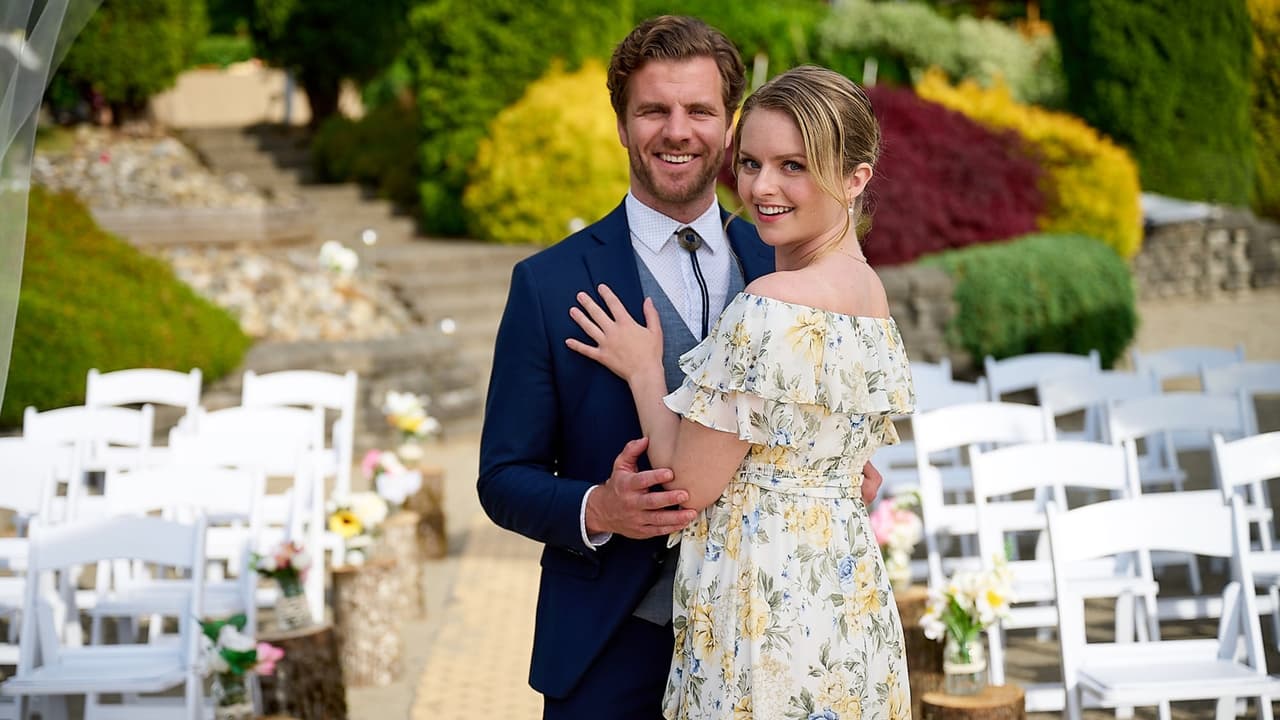 Gwen co-hosts Wake Up Washington.  And during the week-long wedding segment, Gwen’s producer, Miranda, hands her a bouquet.  Upon closer inspection, Gwen sees a ring attached to it.  Gwen’s co-hosts signals for Gwen’s boyfriend, Brad, to step up and propose, but he is too busy on the phone.  They cut to commercial, and Gwen walks over to Brad.  He got traded and wants to change his plans.  The changes don’t include Gwen or the proposal.  In utter shock, Gwen talks about all their arrangements for the future, but Brad walks away.

The next day, Miranda pulls Gwen into her office.  The executives want to talk about the show, but the meeting could go either way.  However, that’s not the only reason why Miranda needed to speak to Gwen.  A jogger filmed the breakup and posted it online.  It has thousands of views in a few hours, and Gwen feels humiliated on top of being heartbroken.  Miranda knows Gwen scheduled a week off to help with the wedding of her best friend, Rachel.  Miranda tells Gwen to leave early and take time to heal.

Gwen arrives at a town known as Weddingsville, gives her keys to the valet, and talks to the concierge.  He tells her the hotel has no vacancies and can’t let her check in two days early.  So, Gwen tells him to have the valet bring her car around.  Confused, the concierge tells Gwen the hotel doesn’t have a valet.  She runs outside to see Josh exiting her vehicle.  Josh is the tour guide, but he took her keys and parked her car to be kind.  Gwen embarrassedly retreats and calls Rachel.  Rachel invites Gwen to stay at her mother’s home.  Rachel’s mother, Diane, is happy to have help.  With a little more than a week for the wedding, they have some loose ends to tie up.  Gwen can’t wait to put her organizational skills to the test.  Diane tells Gwen she won’t do it alone.  Some of the work is a two-person job.  Rachel’s fiancé, Pete, asked his best man, Josh, to lend Gwen a hand.  Gwen can’t believe the so-called valet is standing in front of her.  They joke about knowing each other and get started on the list.  Gwen wants Josh to step back and let her take care of everything.  But easy-going Josh knows the town like the back of his hand.  While on a path to love, they will find their dreams and learn from each other.  But will Gwen’s plus one leave Josh in the dust?

This movie offers a surprise wedding, maritime law, and a final to-do list for the ages.  The romance isn’t what viewers will focus on when watching.  You want to see how Diane, Josh, and Gwen will overcome hurdles for Rachel and Pete’s wedding.  Between broken legs, quintets, and peacocks, anything will happen.  Sometimes it’s just fun to watch chaos without being in it.  Before you watch, this madness isn’t because of a bridezilla.  It’s due to a momzilla.  Come for the romance and stay for the wedding plan flubs.

See, this is what happens when you change the plans – Gwen

I’m thinking of keeping him – Rachel

See, you’re appreciating something even though it’s a nuisance – Josh

Your Boyfriend is Mine – Review

Your Boyfriend is Mine – Lifetime – 2 hours and 0 minutes 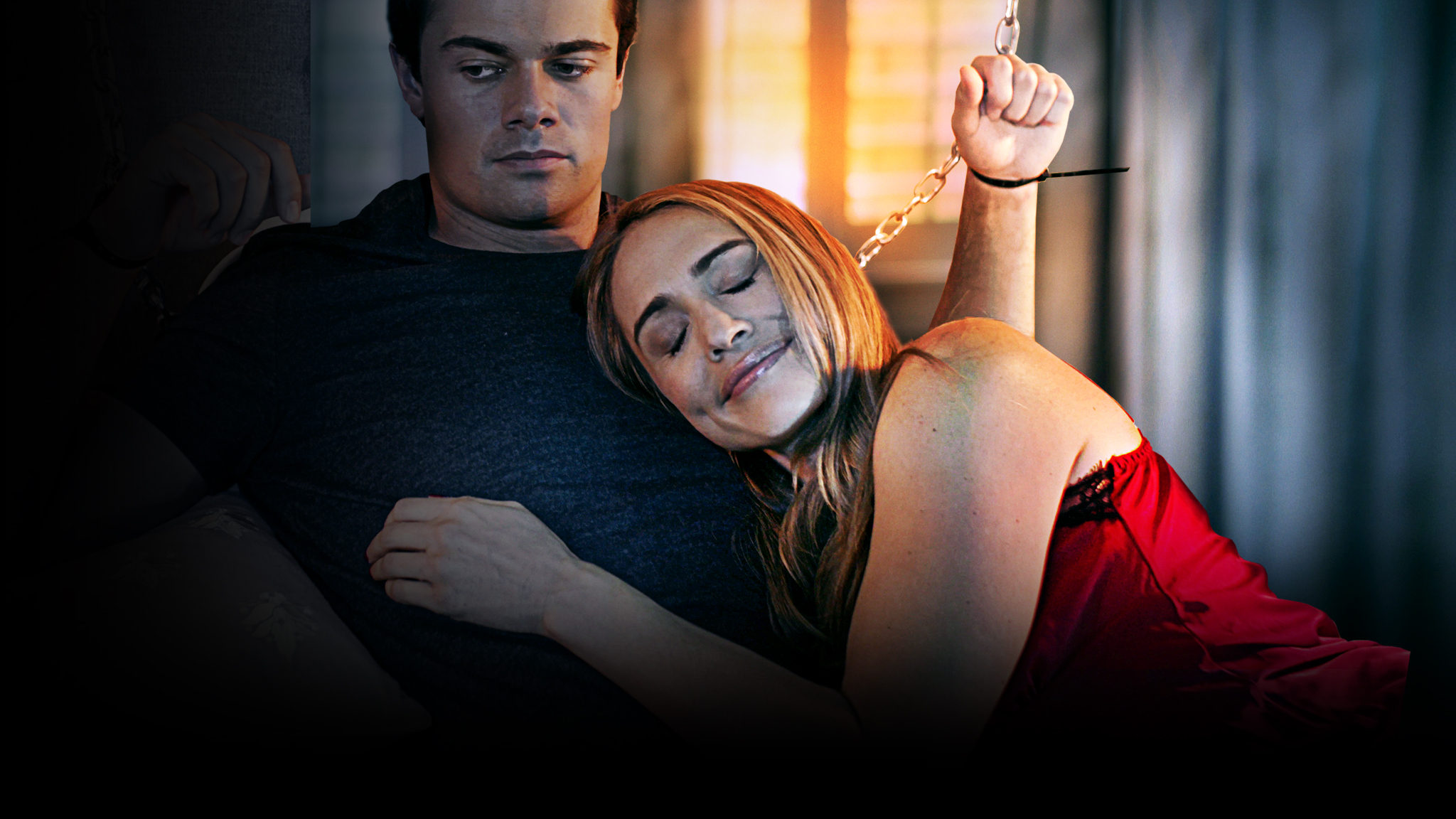 Ben works at an animal shelter by day and a gentleman service by night.  At his second job, women know him as Lance, the boyfriend for hire.  His girlfriend, Callie, accepts his work because Ben has a mountain of debt.  A bachelorette party hired Ben and his friend, Harrison, to mingle, dance, and be eye candy.  Ben sits down with a woman named Amanda, and they talk all night.  Ben leaves, but Amanda wants to see him again and proves it with a $1000 tip.

Amanda meets with her brother, Walker, and asks him to collect information about Lance.  Later, Walker found Lance’s real name, girlfriend, and debt.  She pretends to bump into Ben and calls him Lance.  He gives his real name and introduces Amanda to Callie.  Amanda offers Ben a job as her house manager because he knew what she wanted when they met the first time.  Amanda hands Ben her card and tells him to come to her home.  Later, Callie and Ben discuss the job.  The job pays $100,000, but Callie worries Amanda wants more.  Ben tells her the gentleman rules still apply, and he will be on the lookout for any odd behavior.

Ben shows up at Amanda’s home early and is ready to work.  Amanda gives Ben all the information and BMW to run her errands.  After work, Ben drives home to joyride with Callie.  When Amanda sees dirt from Callie’s gardening, she tells Ben that no one should be in the car other than him.  Amanda tries to get Ben to rub her feet, but Ben declines and goes home to Callie.  When they get comfortable in bed, Ben receives a phone call from Amanda.  Someone attempted to break into her home, and she doesn’t feel safe alone.  She begs Ben to come over, and he does.  To Callie’s chagrin, Ben agrees to stay at Amanda’s home but in the guest room.  Amanda convinces Ben to remain until she gets a security system installed.  But she paid the installer to work slowly.  Ben has no idea he is in a black widow’s web.  And she will do anything to anyone to make Ben her boyfriend.

This woman is brilliant, manipulative, and crazy.  Amanda can spot a weakness and use it to further her agenda.  With money or information, she makes everyone bend to her will.  Amanda’s audacity and cleverness will stun you each time you see her.  She shackles, attacks, and drugs Ben to take him from Callie.  And when that’s not enough, Amanda threatens Callie and Harrison’s life in real-time.  Be ready to sit on the edge of your seat and talk to the screen.

It’s been a real pleasure – Ben

We can’t be fixed – Walker