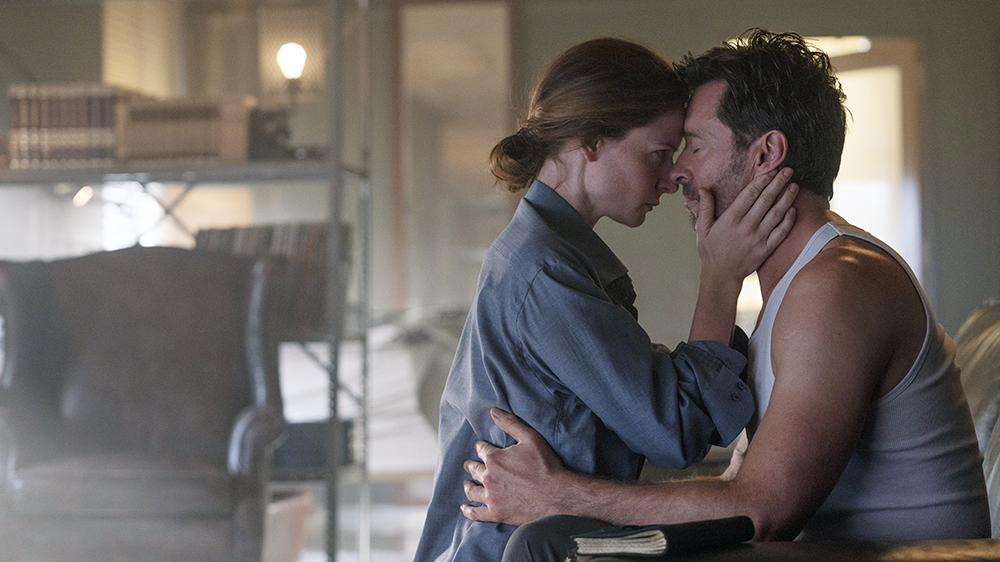 Now that most of the world is underwater, people come to Nick and Watts to use Reminiscence.  It is a machine that taps into someone’s memories.  They can see, touch, and smell everything.  Some people do it to relive happy times with loved ones, relive days of better health, or find lost items.  Nick, an interrogator, guides them through their memories.  It must be done by a professional because if the interrogator tries to access a nonexistent memory, the questioned person will blank and suffer severe brain damage.  Before they close, a woman, Mae, walks into Nick and Watts’s place of business because she lost her keys and needs the machine to help her locate them.  They find the keys, but Mae transfixes Nick with a song.  After Mae leaves, Watts finds Mae’s earring, and Nick jumps at the chance to return it.  Nick goes to Mae’s work and watches her sing all night before returning her earring.  They start a love affair.  But now, all Nick has is his memories of Mae inside the Reminiscence.  Without a word, Mae disappeared, and Nick doesn’t believe she would leave.  He thinks something happened to her.  When Nick investigates a kingpin’s muscle, Nick sees Mae in the muscle’s memories.  Nick will see a side to Mae that will destroy his fairytale but reignite his need to locate her and the truth about her.

The Mystery of Mae through Memories is another title for this film as Nick questions himself and his love every step of the way.  The setup, a great flood, hints at climate change, but the movie never mentions it.  So if you are expecting an eco-warrior film, you have been misled.  This movie is a futuristic mystery that uses a flood to explain people’s need to look back into their ‘better days.’  Imagine having someone you love seeing you in the eyes of others.  Would they love you more or fear you? Or would they feel like they never knew you? Nick goes through all of these emotions as he explores Mae’s past in the minds of others.  While this film is visually captivating and contains intriguing storytelling, you won’t have an urge to watch it twice nor buy it.  HBO Max is the best way to watch (FTC Affiliate Disclaimer).

You think I can’t tell when you’re hurting  – Watts

Memories are like perfume.  Better in small doses – Nick