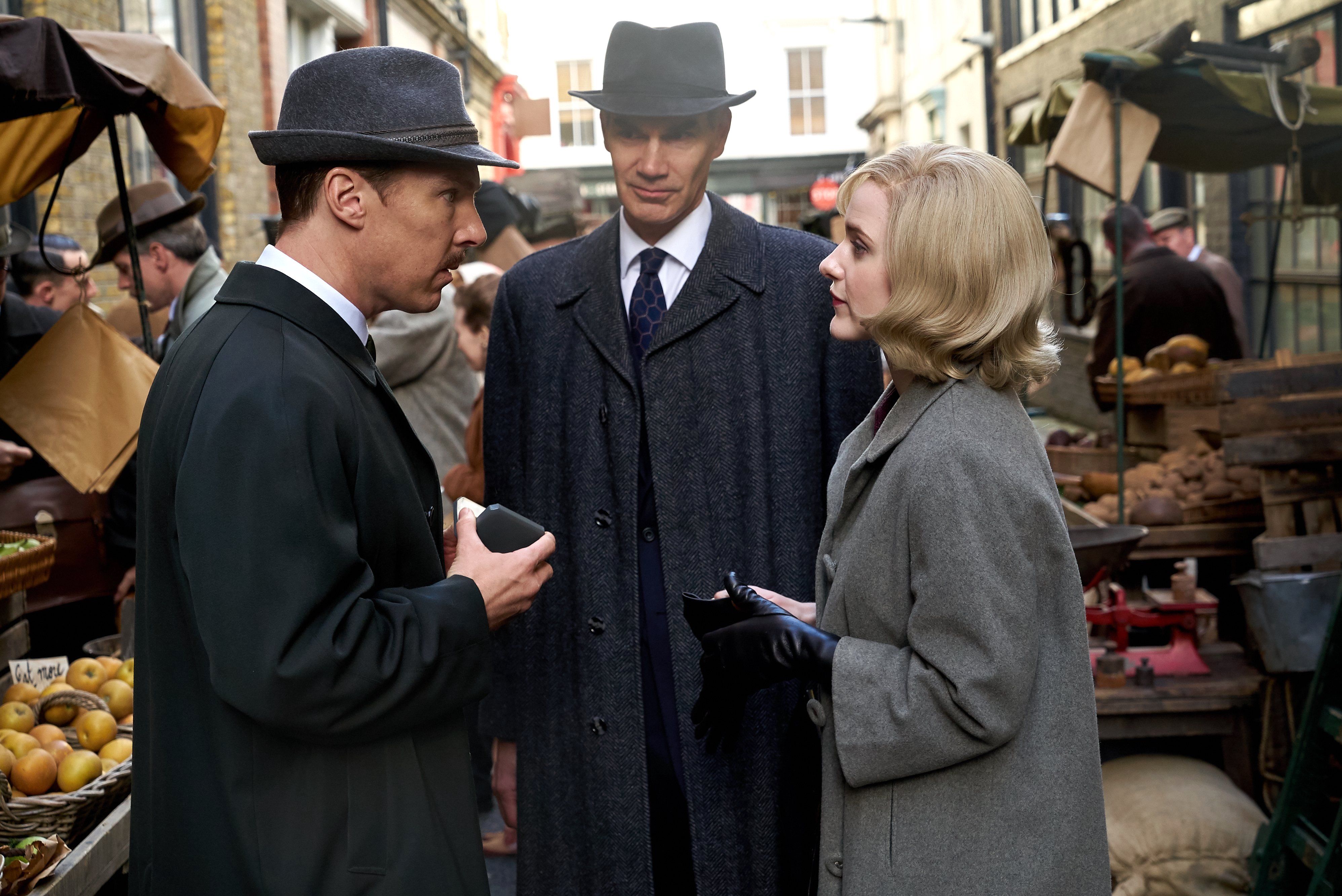 In 1960, Oleg finds two American students, hands them a piece of paper, and tells them to take it to the American embassy.  Oleg believes the Soviet leaders don’t want peace or negotiations, only war.  While Oleg loves his country, the thinks the rulers are corrupt.  Oleg’s information makes it into the hands of a CIA agent.  The CIA agent brings the info to an MI6 agent, and they discuss who to use as Oleg’s courier.  It can’t be anyone with a military background.  And that person can move in and out of Moscow undetected and without question.  They find Greville Wynne.  A meek, unassuming businessman from Great Britain.  He travels all over the world to find the needs within a factory and recommends fixes.  He can be their connection to American engineering.  The agents tell Greville that he will go to Moscow.  He will have a meeting with his usual sales pitch.  After the meeting, Oleg will approach Greville and assess Greville’s ability to do the job.  Once the two have met, Oleg determines Greville is adequate and gives Greville more information.  Greville returns the information to the MI6 and CIA agents and readies to leave.  The agents stop him.  This hand-off was one of many. And if Greville wanted to give his family a fighting chance to survive a Cold War, he will continue to courier Oleg’s information.  Oleg and Greville’s partnership leaves a lasting impact on the world we live in today.

It’s hard to believe Oleg and Greville’s impact on the world then, the world today, and the world to come.  If you know anyone who doesn’t believe one person can make a change, take them to this movie.  These family men form an unbreakable bond and save the world.  They dodge the KGB, death threats, and poisonings to stand up for the world they want for their children.  While one man walked away, both suffered an indescribable consequence for saving the world from nuclear war.  Their effect on humankind should never be overlooked or forgotten.  The acting, costumes, hair, and make-up were flawless.  The movie’s pace slowed down as the script delved into their private lives, but delving allowed the viewer to see Oleg’s and Greville’s unique motivation for spying and treason.

You were right too – James

The 4 minute warning won’t do you any good – Helen

So tell me, what do you need – Greville 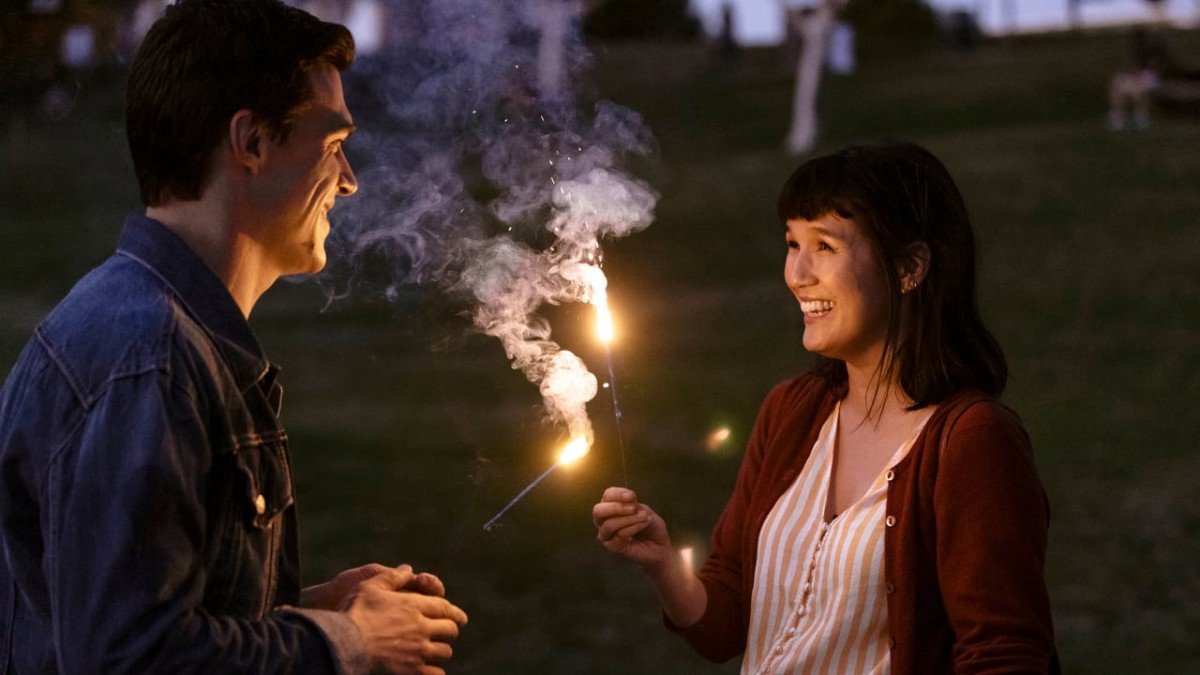 Bart ignores calls from his therapist and his ex-fiancé.  After losing his job and apartment, Bart’s depression starts to creep back into his life.  His friend, Doug, and Doug’s wife, Rachel, invite Bart to stay in their garage until he gets his life in order.  Bart doesn’t want to intrude, but he needs their help.  After his job interview, Bart goes to the movies and hides alcohol under his coat.  The ticket taker doesn’t see Bart, but Vienna does.  She sits in the back with one eye on the screen and the other on Bart.  Soon, Bart feels Vienna jolting him awake and saying the movie is over.  Bart rises from his seat and leaves the theater.  Vienna calls after him because she has his coat and his liquor.  Vienna is new in town and wants to know where she can get alcohol like his.  Bart points out a hipster bar and a dive bar.  Vienna invites him to go with her.  They have a great night, but Bart notices some strange things about his new companion.  First, Vienna doesn’t talk about herself.  Second, Vienna carries at least $10,000 in her bag at all times.  Third, and the weirdest thing is Vienna doesn’t own a phone.  After a sexy end to a superb date, Bart confides in Doug and Rachel.  They believe that Vienna is weird but not as bad as his ex-fiancé.  They tell Bart to demand to know what secrets Vienna keeps.  On their next date, Bart convinces Vienna to admit the truth when they are alone and safe.  When she tells her story, Bart will end up in the hospital twice with an unbelievable tale.  But was it ever true?

With a rom-com clumsiness, these two meet, fall in love, and sleep together on the same day.  The on-screen couple’s visible connection makes this plot undeniable.  It feels like the typical boy meets girl story until Vienna releases her secret.  Don’t be surprised if you roll your eyes during her reveal.  You worry as an already fragile Bart connects to an emotionally unstable person.  As Bart plays into Vienna’s belief, the viewer will question Vienna’s motives.  By the end of the movie, you will either be happy or confused.

You’re lucky you have booze – Patricia

I’m too tired for that – Rachel

You don’t believe me – Vienna

You don’t have a phone – Bart