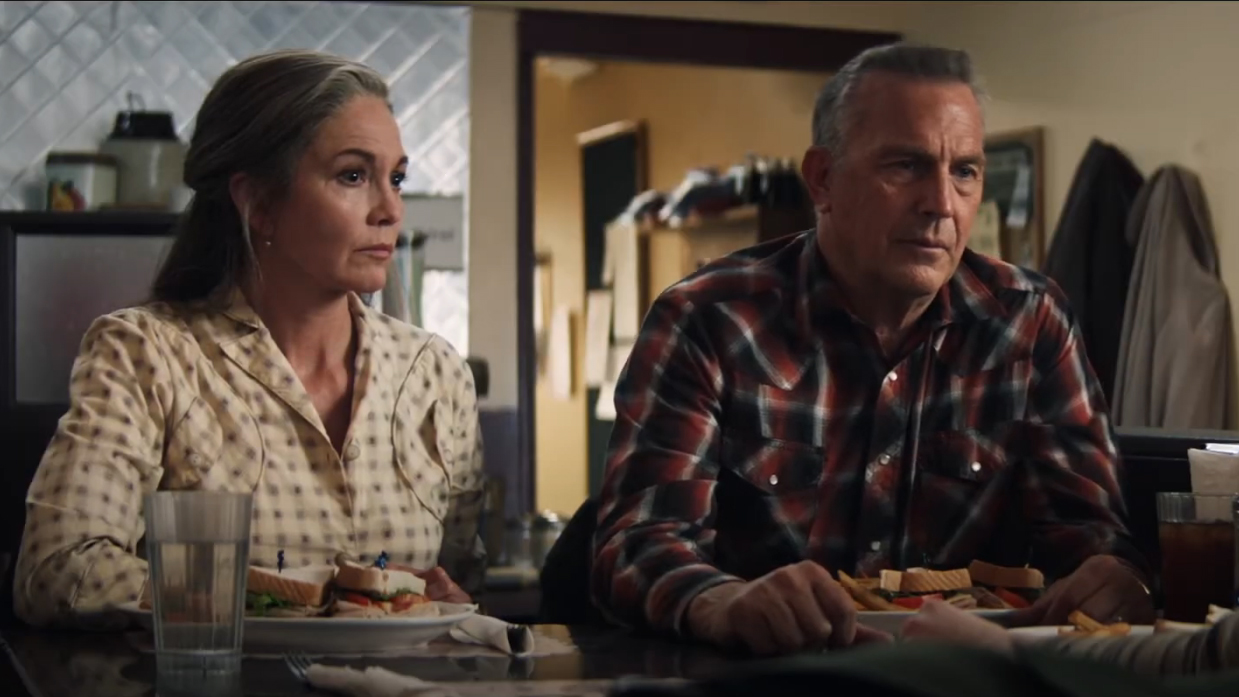 George and Margaret work on their Montana ranch with the help of their son, James, and James’s wife, Lorna, and their baby, Jimmy.  Margaret looks outside the window and sees James’s horse, but no James.  She calls out to George, and George looks for James.  George finds James dead on a pile of rocks next to a creek.  George puts James on the horse’s back and walks them home.  Three years later, George and Margaret attend Lorna and Donnie Weboy’s wedding.  Margaret worries she won’t see Jimmy again, but George tells her to relax because Lorna will live in town.  A few days later, Margaret sits in her car outside the grocery store and sees Donnie, Lorna, and Jimmy walking while eating ice cream cones.  Then, Donnie laughs at Jimmy because he dropped his ice cream.  When Jimmy refuses Donnie, Donnie hits Jimmy.  Lorna comes to Jimmy’s defense, and Donnie hits her too.  They leave.  Margaret doesn’t tell George what she saw at the grocery store.  Instead, she makes a cake and takes it to Donnie’s home, but he is gone.  A neighbor tells Margaret, and they left in the middle of the night, and it looks like they are never coming back.  Margaret comes home and prepares for a trip.  When George gets home, he knows something is wrong.  Margaret packed the car with food, money, and clothes.  Margaret believes Lorna can’t defend herself and their grandson.  So Margaret will get Jimmy back.  And she won’t come back until she has Jimmy.  George, knowing he will take on the brunt of the responsibilities whether or not he goes, closes his suitcase, and they head down the road.  George and Margaret don’t know the Weboy Family is powerful in North Dakota.  The matriarch, Blanche, rules with an iron fist, shotgun, and a lit cigarette.  Donnie left his mother, Blanche, before.  Now, she will never let any of the Weboys walk away again, including Jimmy.

Based on Let Him Go by Larry Watson, this movie is a slow burn but picks up at the end (FTC Affiliate Disclaimer).  Just a warning, some scenes can be pretty gruesome.  But what you are witnessing is three mothers fighting for the boy they love.  Some will wonder why Lorna didn’t go to Margaret and George after the abuse.  The plot explains that she never felt welcome with Margaret and George, so it was never a home for her.  In the end, it all comes down to Jimmy and how much people are willing to sacrifice to keep him.  The writer explains the Weboy’s rise to power with a hotel confrontation between families.  This moment will take your breath away, have your nerves on end, and make your heart drop to your stomach.  In the end, viewers get a Kill Bill Vol. 2 moment, and it’s worth it.

I won’t be coming back without him – Margaret

I’m talking to you – Peter

You were no kind of mother to me – Lorna