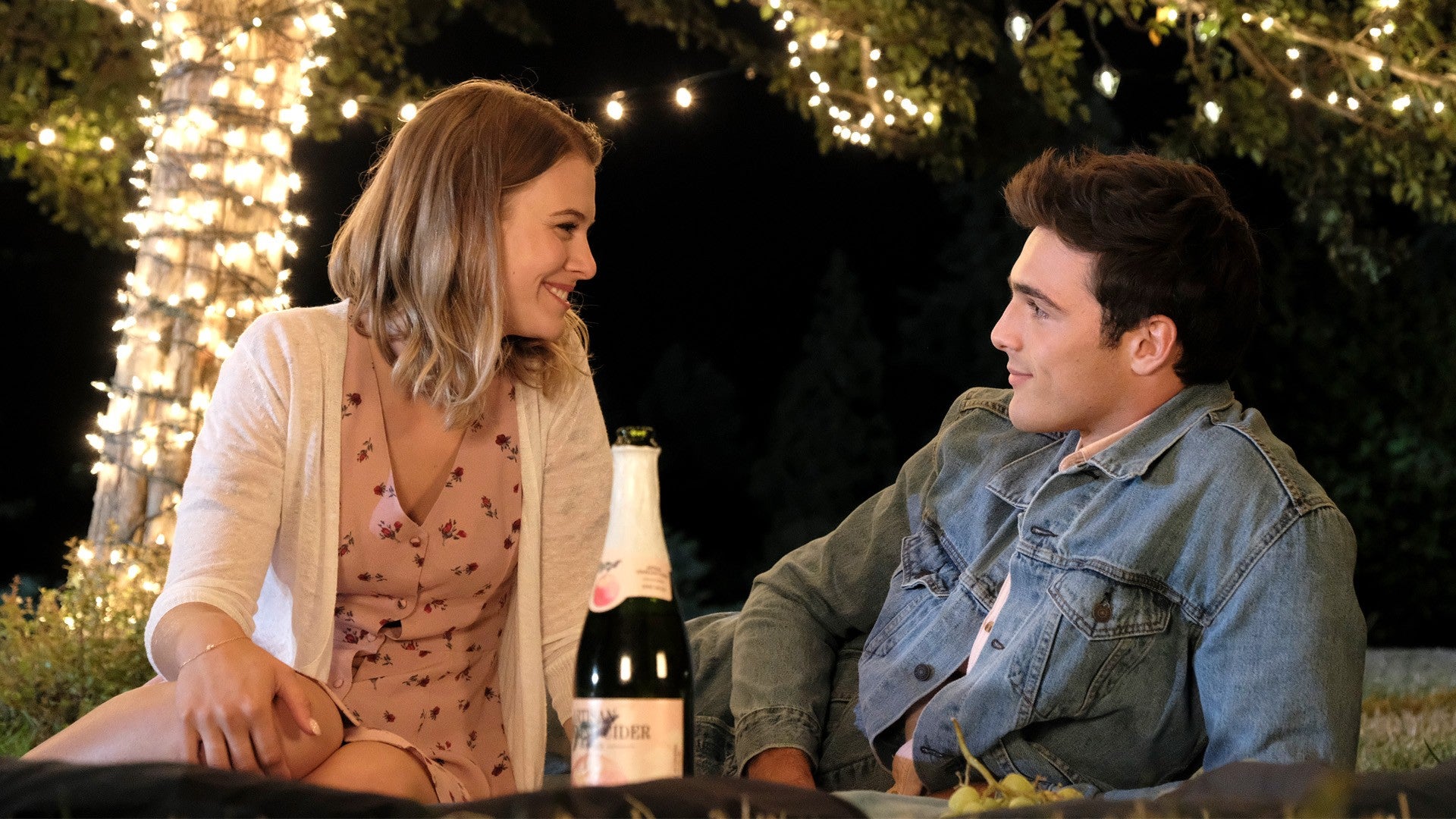 Suffering from a debilitating lung disease, Jorge Bacardi’s exceeded expectations when he lived past his 10th birthday.  He had a lobe of his left lung removed when he was a teen, but doctors don’t look forward to his future.  However, Jorge continued to defeat the odds, graduated from Stanford, and worked in his family’s business.  Before boarding a Pan Am flight, Jorge locks eyes on an American flight attendant and can’t stop staring.  Before take-off, the attendant can see how nervous Jorge is and tells him to take a deep breath, not knowing that was physically impossible for him.  He asks her to hold his hand.  They are inseparable.  Soon, Jorge and Leslie marry, but they know his health will deteriorate every day.

Chris Gregory is the middle child of three boys.  While he didn’t get into his first-choice college, he will be attending Loyola with his big brother.  As Chris leaves the class, he accidentally bumps into  a young woman named Sam and stops in his tracks.  Later, he bumps into her again while she passes out flyers to recruit Safety Patrols.  He makes quips at her display but offers helpful suggestions.  She introduces herself as Sam and laughs at his awkwardness.  So, Chris surprises Sam when he signs up.  Then, she tells Chris that he will be picking people up and giving them a safe ride to their dorms.  Chris takes a deep breath and admits he doesn’t have a license.  He promises to be her Safety Buddy during the pick-ups if she teaches him how to drive.  It’s a date.

Both couples fall in love during their space and time.  However, their worlds collide after one unfortunate tragic event.  With pain, hope, and strength, these two families will connect and find peace with a simple promise: I’ll take care of him.  They have taken care of him and countless others with the Gabriel House of Care.

Inspired by a true story and based on All My Tomorrows by Brian Gregory, the couples are timeless with love that provides heartbreak and hope (FTC Affiliate Disclaimer).  Intertwining the love stories makes the overall plot spellbinding.  So keep an eye out for the technology the characters use and the clothes they wear to keep up with the movie’s timeline.  The story gives the Gregory family and the audience a look at what could have been if the outcome was different.  This movie is great for an emotional date night, an outing with faith-based friends, or the start of a serious discussion.

Life is happening for us, not to us – Chris

I don’t have time to waste – Jorge