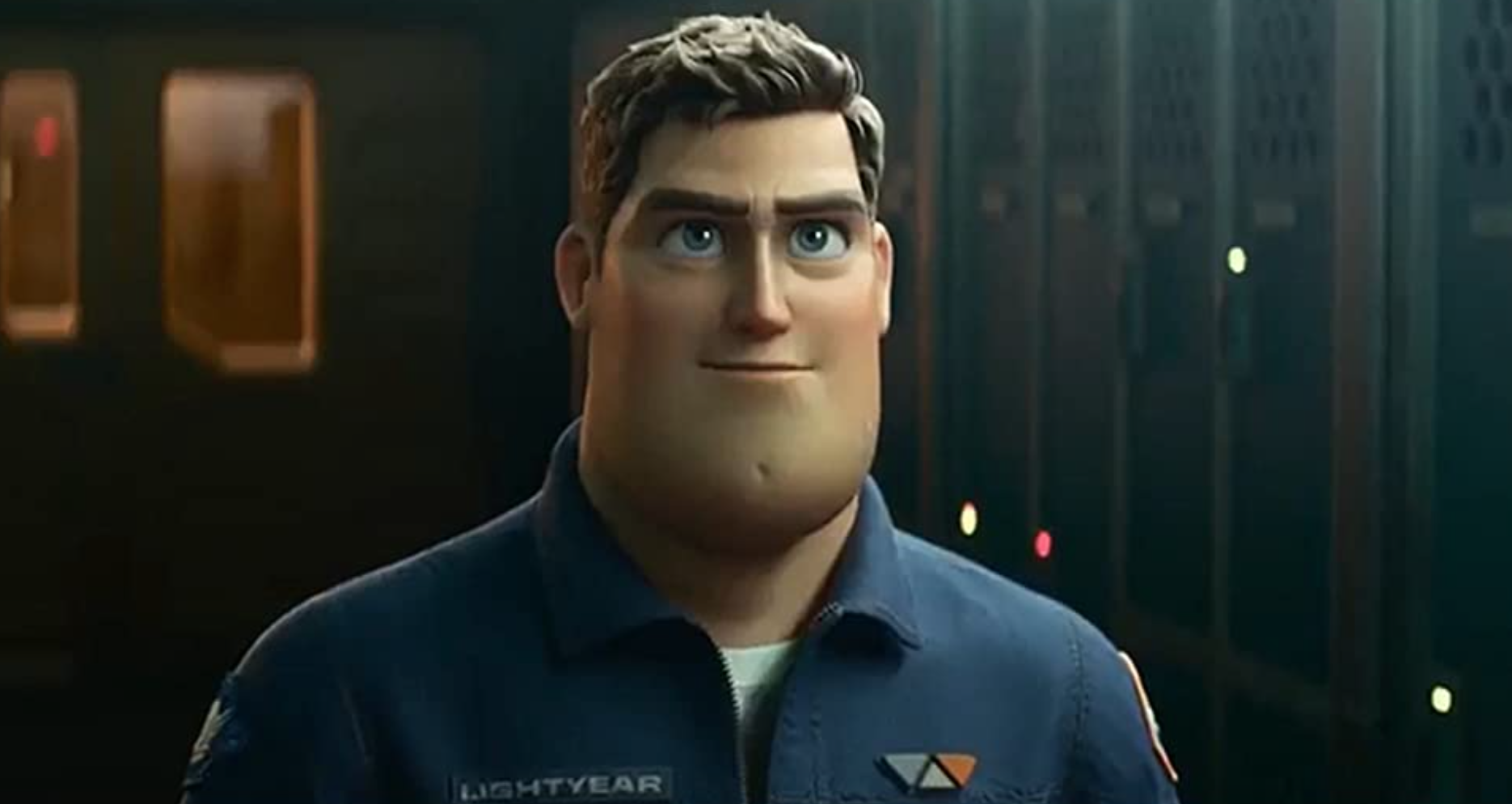 The ship, also known as the turnip, wakes up Buzz from hypersleep. The ship’s sensors detected life on the planet nearby. Buzz wakes Commander Hawthorne to take a closer look at the planet’s inhabitants and collect soil samples. While discussing the pros and cons of rookies, a vine attacks them. They make it back to the ship and try to fly away, but Buzz crashes and cracks their fuel cell, and they don’t have another. Til they can create another fuel cell that can get them into hyperspace, the crew can’t leave the planet.

The crew created a colony and a new fuel cell within a year, and Buzz boards XL-1 for a four-minute test flight around the sun and back. Buzz gets 60% into hyperspace before the fuel cell dies, and he lands. He notices things are different. Buzz finds Commander Hawthorne, and she helps Buzz understand. The trip lasted 4 minutes for Buzz, but it’s four years for the colony. To help Buzz acclimate, Hawthorne gives Buzz a robotic therapy cat, Sox. Feeling like a failure, Buzz decides to go on missions to test the hyperspace until they get it right. Sox worries about Buzz, but Buzz tells the cat to help by fixing the fuel. Sox says ok. While Buzz tests, Hawthorne develops the colony, teaches future rangers, and has a family.

Fifteen missions later, Buzz comes home to find that Hawthorne died. She left a video message for Buzz with her granddaughter, Izzy, sweetly interrupting. Commander Burnside walks into Hawthorne’s old barracks and tells a weeping Buzz that the fuel mission is over. The colony decided to end the space ranger program, stay on the planet, take Sox, and create a laser dome to keep out the planet’s dangerous inhabitants. Buzz panics and runs to his barrack. He tells Sox the mission is over, and Sox is disappointed because he figured out the formula. And it has an 87% chance of working. So Buzz grabs Sox, creates the fuel cell, and steals a ship. Buzz and Sox accomplish their mission and land on the planet but can’t land on the colony because of the laser dome. Buzz finds the safest landing spot, and someone in a suit approaches him and tells Buzz to be quiet. The person pulls Buzz away while a robot scans the ship. The robot places a device on the spacecraft, causing the robot and spacecraft to disappear. The person in the suit sees Buzz’s name tag and tells him that her name is Izzy, Hawthorne’s granddaughter. It’s been 22 years since Buzz left.

Since then, an enemy spacecraft came to the planet with a legion of robots. Their commander is the evil Emperor Zurg (FTC Affiliate Disclaimer). The device transports anything it touches to Zurg’s ship. After Zurg arrived, his army waged a constant attack on the laser dome. Izzy remembers the stories about Buzz and knows he is the missing link to Operation Surprise Party. They will take out the mothership controlling the robots to save the colony. But they need Buzz to get them to Zurg’s spacecraft. Izzy introduces Buzz to her team. First, Mo is an enthusiast but quits during difficult situations. Second, Darby is an elderly parolee with explosive expertise. Buzz respects Izzy’s lineage, but he doesn’t work with rookies. However, Izzy and her crew aren’t even rookies yet. While Buzz doesn’t want their help, he will need it to save the colony, defeat Zurg, and redefine his mission.

In 1995, Andy got a toy inspired by his favorite movie. Lightyear is the movie. So this adaptation isn’t a remake or a sequel; it’s a prequel for Andy’s world in Toy Story 1. Fans get the catchphrases, the bad guy, and the hypersleep pods (Buzz Lightyear’s standard packaging). In a touching montage, you see Hawthorne’s life with family, friends, and love develop each time Buzz returns from another mission. Pixar animators did a stunning job creating a colonized world on a dangerous planet. And their space animation is second to none. As Izzy floats through space, viewers only hear her breath while seeing the vast emptiness. While creating a world of space travel, animators included geometry. Yes, Buzz is a mathlete. Buzz manually determines a way to get his spacecraft on target when IVAN (Internal Voice-Activated Navigation) system won’t. And let’s not forget the quiet love letter Pixar sent to classic Nintendo fans (FTC Affiliate Disclaimer). While this is an animation, the complex storyline is for 1995 Toy Story fans, not their kids. However, its action and jokes will entertain parents and their children.

Yeah, but in a supportive way – Commander Hawthorne

My mission is to help you, and I’m not giving up on my mission – Sox

I got off on good behavior, not good attitude – Darby

You don’t need to save us. You need to join us – Izzy

Wait, was that for me in case I got out of line – Lightyear