It’s Wednesday the 11th, and four teens sit on a patio and compare tales about the Blissfield Butcher.  As the tale flows down generations, the story changes.  But it ends with one moral, teenage debauchery leads to murder.  Within minutes, only one teen is alive, and she is running for her life.  The girl’s father collects antiques, and one is the La Dola knife.  After the butcher kills his last victim, the knife speaks to him, and he takes it.  Thursday the 12th, Millie tries to sit and eat with her mother, Coral, and her sister, Officer Char.  After her father’s passing, Millie stays by her mother’s side and considers forgoing college to keep her company.  This notion and Coral’s continued drinking makes Char angry.  School should be a solace for Millie but it’s not.  She does have her two best friends, Nyla and Josh, but other students and her shop teacher belittle her every day.  Millie gets a mass text about the four murdered students but prepares for the homecoming game.  Millie is the school’s mascot and dances with the cheerleaders.  After the homecoming game, Millie tells Josh and Nyla that Coral is late and should be coming soon.  After waiting an hour, Millie calls her mom, and Char picks up the phone.  Their mom is passed out drunk.  Before Char finishes speaking, Millie’s phone dies.  Millie looks up and sees a man in a mask with a knife.  Moments later, she is running for her life.  The butcher catches up to her and stabs her with the La Dola knife in the shoulder, but he gets a wound in the same place.  Then, Char fires her gun in the air and the butcher runs away.  Millie is safe and suffers a minor stab wound.  Friday the 13th, Millie wakes up on a dirty mattress on the floor with horror all around her.  She looks in the mirror and sees the butcher.  Then, she realizes she is in the butcher’s body.  Millie makes her way to the school and convinces Josh and Nyla of her true identity.  She tells them what happened and they research the knife.  It’s a sacrificial knife.  If a sacrifice isn’t made, they will swap bodies.  After the swap, they have 24 hours to swap back or it will be permanent.  They realize they have 8 hours left to find the butcher, get the knife, and stab him before Millie is the butcher forever.

Remember the good old days, when you walked into a movie and expected nothing.  Not to learn anything, not to become a better person, nor to gain a new aspect of life.  Just to have a good time, a few laughs, and some decent jump scares.  Well, this is your movie.  It does raise some social commentary with labels, male/female gender roles, and self-awareness.  But it’s done in a funny way.  This mix of Freaky Friday and Chucky provides the good nature, albeit gruesome releases needed (FTC Affiliate Disclaimer).  For those afraid of horror movies, the film provides you with victims who deserve to die.  So you cheer on their deaths.

I am a piece – Millie

Even I know that – Josh

You’re a lesser version of her – The Butcher 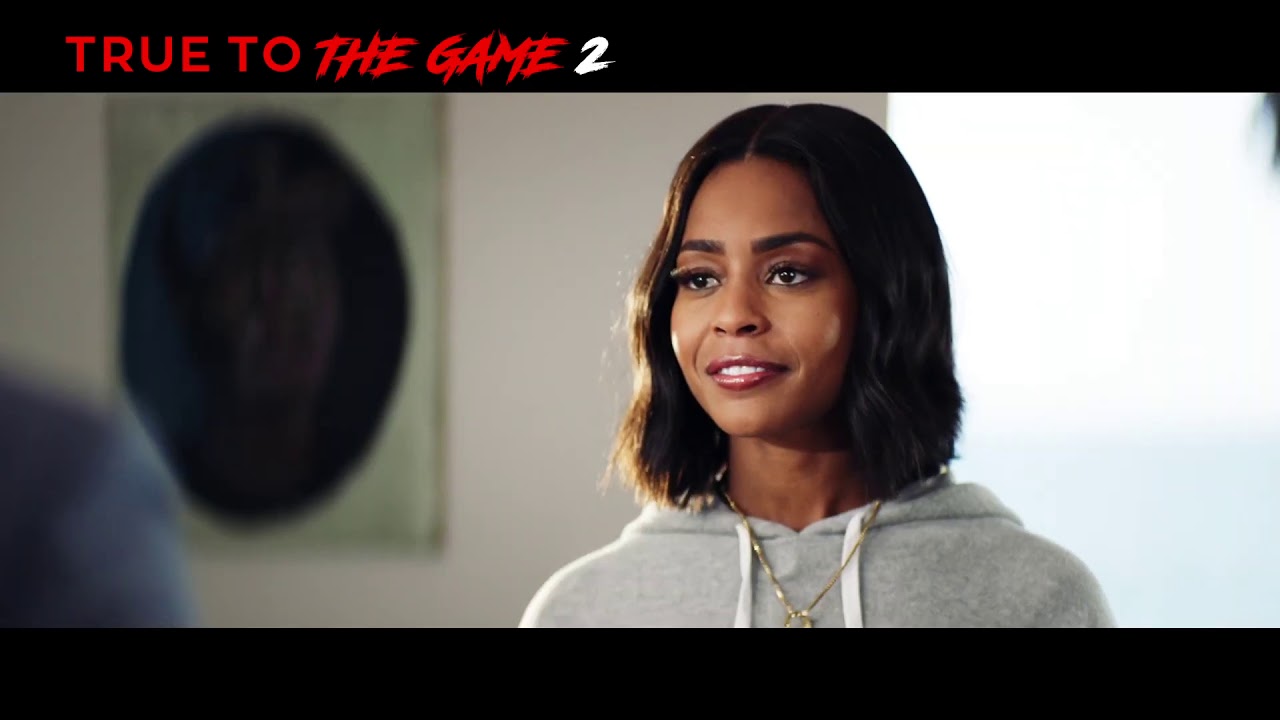 Gena works for a fashion magazine in New York.  She left Philly in the rearview but has thoughts about Quadir every day.   Her boss believes she is overworked.  So he makes her take a mandatory 2-week vacation.  Work allows her to stop thinking about the past and focus on the future, so she decides to use the time to go home and visit family.  However, she checks her inbox and finds an email from Venus, editor of another magazine.  Venus likes her writing style and wants Gena to interview Jose, a cannabis distributor, in L.A. for a 5-page spread in her magazine.  Gena takes the job and drives to the west coast with Quadir’s money in her bags.  In Philly, Shoog and her crew hit Jerrell’s men for their cocaine.  Before Shoog killed the last man standing, she said, ‘This is for Quadir.’  While two of her accomplices die, Shoog and Brea got away with the drugs.  However, they didn’t see that Titus escaped the gunfire.  After discovering someone robbed him, Jerrell finds Titus.  Titus doesn’t know the ring leader, but he saw one of the girls’ faces.  Titus gives Jerrell’s enforcer, Saleem, the information and the message about revenge for Quadir.  Jerrell and Saleem sit and contemplate over who has his drugs and wants revenge for Quadir.  Only one name comes to mind: Gena.  Saleem worries Gena will recognize Jerrell, but Jerrell know she never saw him kill Quadir.  Jerrell decides to find Gena and get his money and drugs back.  If anyone gets in his way, they’re dead.

Sequel to True to the Game, and based on the novel by Teri Woods, this film will make you want to read the book (FTC Affiliate Disclaimer).  There is so much going on in the plot that it’s hard to imagine what they left out.  As Jerrell closes in on Gena, you will fear for her safety.  The film does a superb job of letting the viewer understand how dangerous Jerrell is to everyone around him.  He believes that when he kills people, he makes them famous.  When watching this movie, you will realize one glaring fact: Gena has no idea what’s going on and why.  She is trying to put the past behind her, but the past won’t let her go.  She is paying for the actions of others.  This movie will have you excited for the third installment.

I don’t have any issues – Gena

Let me get my hot sauce – Shoog

Well, you don’t have to authorize it.  You just have to enjoy it – Gah Git

Seems too easy, doesn’t it – Jerrell

In a few weeks, Kyle will marry Ava, so his best friend, Michael, takes him on a bike ride to help him lose weight.  As they bike uphill, Michael admits to sleeping with Ava before Kyle knew her and continuing the affair after the engagement.  Kyle tries to catch up to Michael but can’t.  During the chase, a motorist tries to force the men to the side, but they tell him to go around.  At the top of the hill, Kyle sees Michael fighting the motorist and watches.  Kyle takes Michael to the hospital, and Michael promises to end the affair with Ava.  Kyle walks away to get more information from a doctor and comes back to find Ava and Michael kissing.  Ava admits she loves Kyle but doesn’t want to marry him.  Three years later, Kyle walks to a gravesite to pay his respects and watch Michael have a breakdown over Ava’s casket.  They try to be civilized, but their conversation ends in blows.  Months later, Kyle spends time with his family for the holidays.  He’s dating Marissa, a woman he broke up with in high school, and his family doesn’t like her.  Then, Kyle drops the bomb that he and Marissa are getting married, and his family is less than enthused.  Kyle’s mom counters his bomb and tells Kyle she invited Michael.  He isn’t doing well after Ava’s death.  She feels Michael needs family. Against Kyle’s objections, Michael attends the festivities.  This invite will stir up old wounds and create new ones.

In six parts, this movie will make you laugh at the most horrible moments in Kyle’s life.  This toxic friendship spans years with little resolution for the outside influences affected by it.  Kyle’s friends and family think he is weak and doesn’t know how to say no.  Kyle’s mother tells Michael he is selfish.  While they should stay away from each other, Kyle’s family continues to meddle and attempts to fix the friendship.  Like most independent movies, they bookend the start and the conclusion.  While you will want more for Kyle, you will realize this is the only solution for him and Michael.

Did you hear any of that – Michael