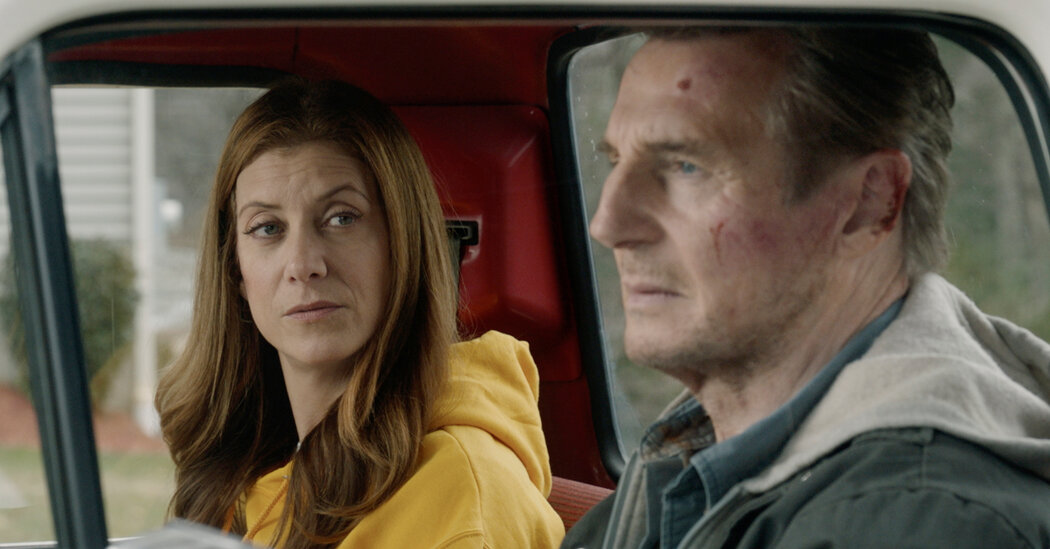 Tom met Annie a year ago at a storage facility where she worked, and he wants to continue his future with her without looking over his shoulder every day.  The FBI knows Tom as the In-and-Out Bandit.  The bandit left crime scenes with no clues of how he got in or out.  Tom buys a house for him and Annie, then he goes to a motel and calls the FBI.  Agent Sam Baker picks up the phone and doesn’t believe Tom’s story.  They get several calls a year from people pretending to be the bandit.  So, he gives the phone to his partner, Detective Meyers.  To prove he is the bandit, Tom tells them he robbed 13 banks in 8 years in several states.  Over the years, he has stolen $9 million.  He is willing to give it all back if they give him what he wants.  Tom wants to be held for a maximum of two years in a minimum-security prison with full visitation rights.  Meyers still doesn’t believe him, so they hand the case to Agent Ramon Hall and Agent Jason Nivens.  They think it will be a dead end too, but they go to the hotel to investigate.  After meeting Tom, they believe Tom is another liar, so Tom tells them how he committed the crimes.  Ramon and Jason still think it’s not enough, so they ask for a good-faith effort.  Tom gives them the location of $3 million.  They go to the storage unit expecting to find nothing.  However, they find the motherload.  John gets an idea.  They can take the money, kill Tom, and tell Baker and Meyers it was all a hoax.  They have skimmed money from crime scenes and criminals before, but Ramon believes this is too much money to hide.  John tells Ramon the money belongs to nobody, and Ramon has a mortgage, a wife, and two sons who will need money for college.  Ramon hangs his head and says yes.  As they load the money into their car, they see someone coming towards them.  It’s Annie.  She knows that’s Tom’s storage unit and starts to ask them questions.  Satisfied with their answers, she leaves them alone and continues to work.  Ramon and John walk into the hotel room, and John is prepared to kill Tom, but there is a knock at the door.  It’s Agent Baker.  Baker walks inside but can tell something is off, then John shoots him point-blank in the head.  Tom, a former marine, and John start to fight, and they fall out of a second-story window.  Tom looks up and sees Annie.  Annie decided to come to the hotel and surprise him, but she is the one left speechless.  Tom grabs Annie and jumps in her car.  Tom has to come clean with the woman he loves, clear his name of murder, and peacefully turn himself in before John and Ramon kill him and Annie.

Yes, this is another ‘Liam Neeson kills everyone’ movie, but that’s why it’s fun.  Tom never claims to be perfect or a good guy.  However, he tells everyone he is honest.  Annie fights him on this claim because Tom has lied by omission for a year.  This dog-cat-mouse game is full of underhanded tricks, double-crosses, car chases, shoot-outs, and explosions.  It’s interesting to contrast what drives each pair to fight together.  Tom and Annie find strength through love and the future.  And for Myers, he fights to get justice for Baker and find the person who killed him.  For Ramon and John, their partnership stands on blackmail and money.  Seeing the pairs work together or for each other changes throughout the film, and it will be their downfall or salvation.

I’m the In-and-Out bandit.  I always hated that name, you people gave it to me – Tom

I think clean is already taken.  I think precise is free, how about Precise Bandit – Myers

John, I think that girl is real and amazing – Ramon

As a child, Abe Applebaum had a nose for mysteries.  His principal came to Abe with his first case when Abe was 13.  It was the case of the missing fundraiser money.  Abe picks a suspect, and the principal recovered the money.  Soon, Abe was running a business out of his treehouse, and the police even called to consult him on bigger cases.  When someone chopped down his treehouse, the thankful town got him an office on Main Street.  The mayor’s daughter, Grace, was his receptionist, and he paid her with soda.  His business was booming, and Abe was in the newspaper every week, but that all changed when Grace went missing.  The town and Abe expected Abe to find her, but when he couldn’t, Abe’s town and Abe fell into a depression.  Today, at 32, Abe is self-loathing, solves mediocre mysteries, and has more debt than cases.  As he walks home from work, he sees police combing through the river.  He comes into the office the next day, and Caroline is waiting in his office for him.  The police found her 15-year-old boyfriend stabbed to death in the river, and they have no leads.  So, she asks him to find who murdered her boyfriend.  He asks if she is sure because the truth can be shocking.  Caroline is sure and hires Abe.  This murder case will be his first adult case and a chance to clear Grace’s case from his soul.

This movie goes from Encyclopedia Brown to 8mm in less than two hours.  It’s a mix of Criminal Minds’s unsubs with Psych’s hijinks and wit (FTC Affiliate Disclaimer).  You will laugh at the inappropriateness of Abe as he hides in a little girl’s bedroom after spying on a teenage boy.  This story is perfection because Abe carries the weight of the town on his shoulders, and you can see the moment the weight lifts.  If you have ever gone through a hard time, you will connect with Abe’s tears.  The script doesn’t give the audience any words because no words are needed.  You will understand.  When Abe finds the murderer, he will learn the truth about his town and himself.  Like Abe says, “the truth leads to shock.”  This movie will become a cult classic.

I forgot to brush my teeth today – Abe Applebaum